Accessibility links
Fiery Iraqi Cleric's Political Party Puts On New Face The party of Muqtada al-Sadr, the Shiite cleric best known for fierce battles against U.S. troops during the Iraq war, is working to project a more benevolent image. Analysts say it's following in the footsteps of other Islamist groups in the region — namely, Lebanon's Hezbollah. 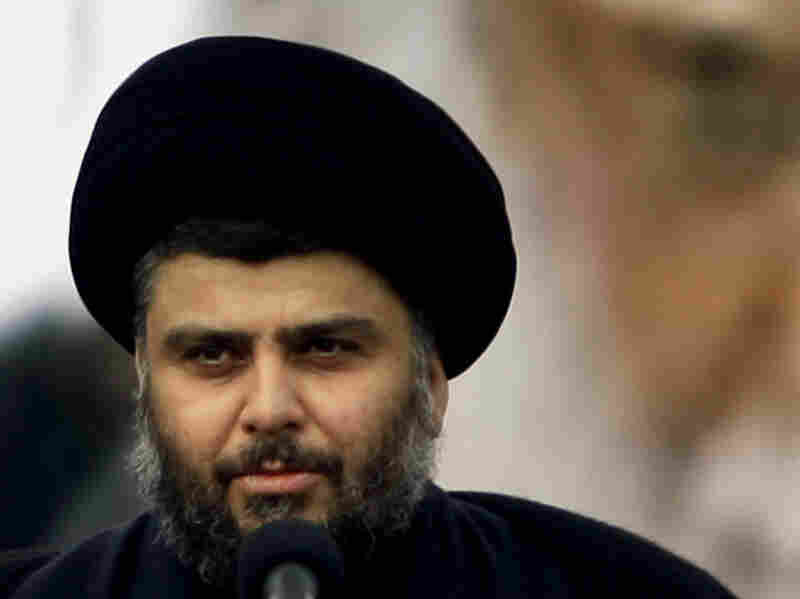 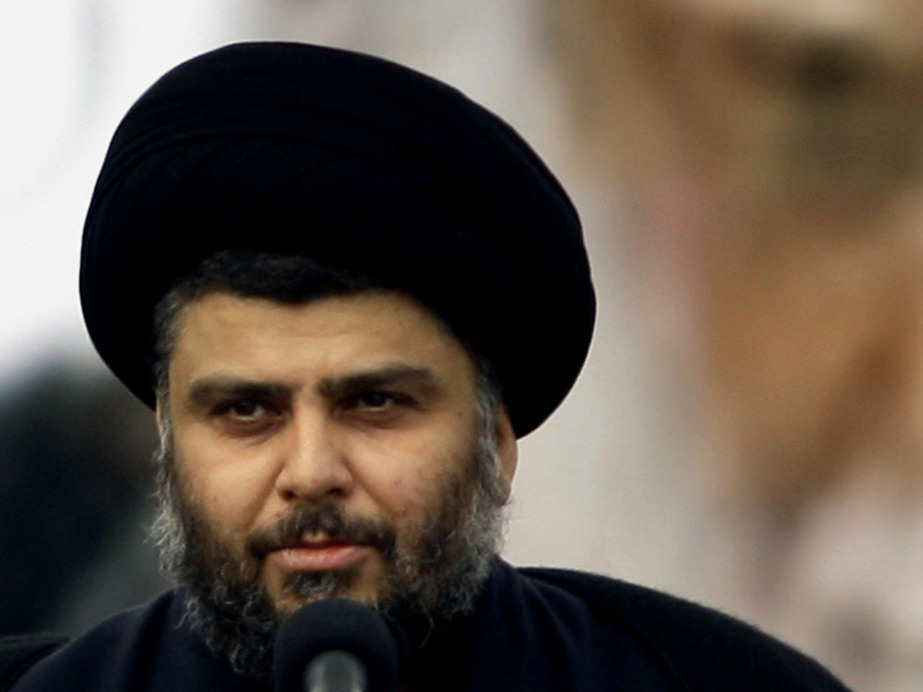 The party of Shiite cleric Muqtada al-Sadr holds 40 out of 325 seats in Iraq's Parliament.

At a recent press conference, Iraq's minister of planning, Ali Youssef al-Shukri, stepped to the podium, gave a brief and somber blessing, and announced the issue of the day: a new mechanism for quality control of imports to Iraq.

Shukri spoke softly and wore a pressed suit. The former academic has spent time in the United States, on a State Department program for international leaders. One could hardly guess that he belongs to the party of Muqtada al-Sadr, the Shiite cleric best known for fierce battles against U.S. troops during the war and violent threats against the American presence in Iraq that continue today.

Analysts say the planning minister is the new face of Sadr's party, which now holds 40 out of 325 seats in Iraq's Parliament. They say Sadr is following in the footsteps of other Islamist groups in the region — namely, Lebanon's Hezbollah.

Remaking a militant group's image starts with recruiting middle-class technocrats into the party's ranks, says Thanassis Cambanis, author of A Privilege to Die: Inside Hezbollah's Legions and Their Endless War Against Israel.

With Hezbollah, "militants, fighters and ideologues who were leading the party would be happy to assign an obscure dentist or biochemical professor to an important portfolio in Parliament or in the government — if that person could do a better job," he says. "This lack of ego was a big part of their success."

It's a success Cambanis says Sadr hopes to copy. If, say, Iraq's Planning Ministry can show it's combating corruption by controlling imports, then the people will continue voting for Sadr's party.

'War Is Not Everything'

The son of leading Shiite dissidents under former Iraqi dictator Saddam Hussein, the young Sadr first rose to prominence after the U.S. invasion of Iraq. Back then, Cambanis says, Sadr gave Iraqis a way to reclaim their dignity, by joining a militant group and fighting the occupation.

Later, as civil war broke out, Sadr's group became more sectarian. His Shiite Mahdi Army was behind some of the most brutal killings of Sunnis during those years. And his militias enforced strict Islamic rules.

At the time, though, the saying went, "God can't fix the plumbing." So Sadr had to come up with a new strategy to gain popularity with the people.

Jaf says Sadr's party is working to project an image that's less sectarian and more benevolent — an image of an organization that's working for all Iraqis, not just Shiites. This involves anything from giving food to the poor to searching for those who went missing during the war and working to provide basic services like electricity.

'The Logic Of Resistance'

Another rising star in Sadr's movement is Uday Awadh Kadhim, a member of Parliament from the southern city of Basra who was trained as an engineer. He says he has a plan that could solve Iraq's vexing electricity shortages. He just needs to be heard by the right people.

When asked if he'll seek a higher position one day, he says all such decisions rest with the leader, Sadr.

This is the issue with Sadr's organization. Despite its new image as a political player, it still maintains a militant wing that stands ready to threaten — or even fight — its rivals. In the case of Hezbollah, the ostensible reason for keeping guns is to resist Israel. For Sadr, it's to resist the U.S.

But what happens when the enemy occupier leaves?

"If the logic of resistance is what defines you as a movement, you're going to have a lot of trouble shifting to some other footing when the enemy you resist is gone," Cambanis says.

That's why following the Hezbollah model too closely might eventually be Sadr's undoing, Cambanis says. Two decades after its civil war, Lebanon remains volatile and divided, and Hezbollah, he says, is losing credibility.

In the short term, though, Cambanis says as long as Iraq's weak and incomplete government remains unable to provide security and basic services, Sadr will remain a reasonable alternative.