Accessibility links
'Project Nim': A Chimp's Very Human, Very Sad Life Project Nim is the new documentary about a chimpanzee raised in a human household as part of an experiment to see if chimps could learn language. Director James Marsh and two of the people who cared for Nim talk with Terry Gross about the controversial study. 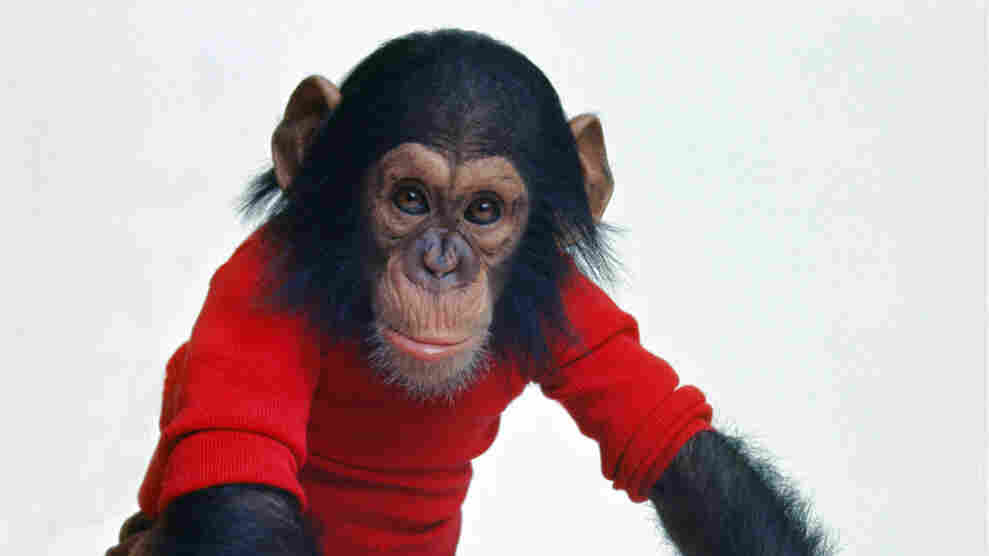 In the early 1970s, a chimpanzee named Nim was plucked from his mother's arms and transported into human homes in the hopes that he would learn sign language and open a window into ape thoughts. Harry Benson/Roadside Attractions hide caption 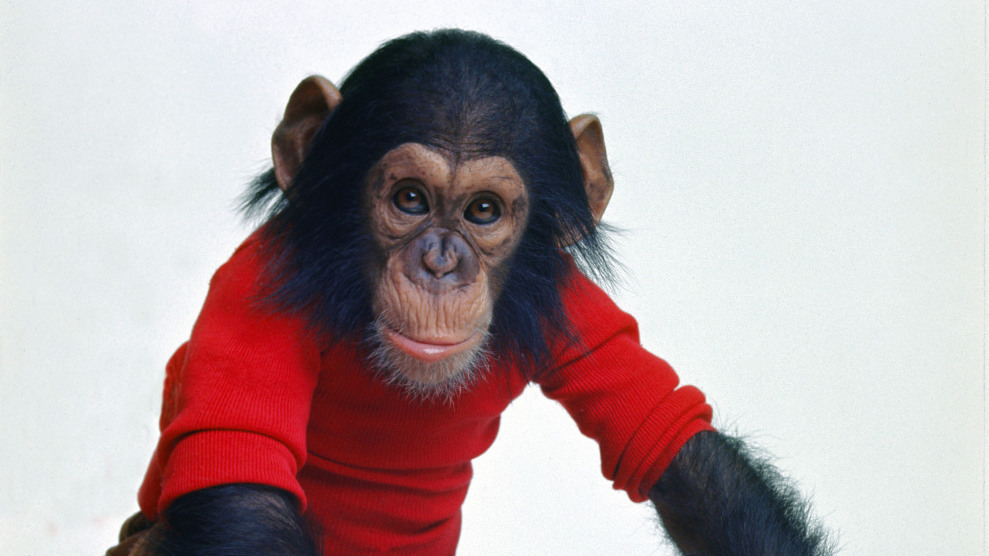 In the early 1970s, a chimpanzee named Nim was plucked from his mother's arms and transported into human homes in the hopes that he would learn sign language and open a window into ape thoughts.

In 1973, an infant chimpanzee was taken from his mother's arms and sent to live with a human family as part of a Columbia University psychology experiment.

The goal of the project was to see if the animal, named Nim Chimpsky, could be conditioned to communicate with humans if he was raised like a human child in a human household. He learned some very basic words in American Sign Language, but Nim continued to act like a chimp — he bit the children in the house and didn't understand how to behave like a human child. It was decided that the family could no longer care for Nim, and he was shuffled from caretaker to caretaker for several years.

In 1977, Nim attacked one of the people taking care of him, and the experiment ended. At that point, researchers said he knew more than 125 ASL signs — but no one knew quite what to do with Nim. He was sent to a medical research facility, where he lived in a cage with other chimps for the first time in his life, before being rescued and sent to an animal sanctuary. He died in 2000.

Nim and the many people who raised him over the years are the subjects of James Marsh's new documentary Project Nim. Marsh and two of the people who worked with Nim join Fresh Air's Terry Gross for a discussion about the film and about the controversial experiment.

"The premise of the experiment was to treat him as much like a human child as possible and to give him the nurturing of a human child in order [to see if] he would behave like one," Marsh says. "And it was quite striking that there wasn't an investigation into what chimpanzees actually were or what they're like. And the wild animal comes out in him very quickly, and [no one] was prepared for that."

Jenny Lee: 'He Was Just Included In The Family'

The first family to take Nim in lived on the Upper West Side of Manhattan in a giant brownstone. Jenny Lee, who was 13 years old at the time, remembers her mom, Stephanie LaFarge, raising Nim alongside her and her siblings. She says her mother grew quite attached to the chimp, even breastfeeding him throughout his stay at their house.

"He needed diapers, he needed bottles, he needed feedings," Lee recalls. "And it was odd he was a chimp. But at the same time, there was kind of a normalcy about it in that he was just included in the family right away."

While Jenny and her siblings went to school, Nim learned sign language with researchers at Columbia University. The goal was to open up a window into Nim's thoughts and to see if he could develop real language skills. When he came home each night, Nim would play with the Lee children and mimic their behavior. But as he aged, he became more aggressive — and no one knew what to do.

"It was really the biting that became the big problem after maybe he was a year old, because it's painful and it can draw blood," Lee says, "and with human babies, you can teach them not to do that. And that was not something that Nim was able to learn to really control."

Nim left the family's house and moved in with a series of caretakers before going to a primate facility on the grounds of the University of Oklahoma. 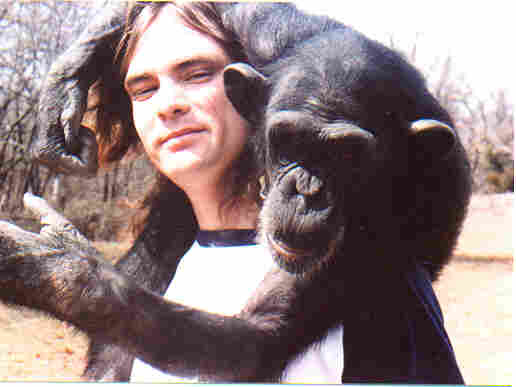 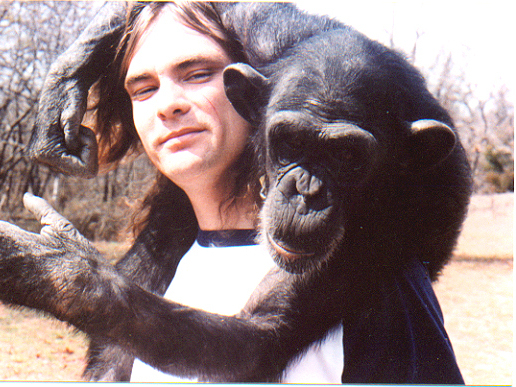 Bob Ingersoll (left) spent nine years with Nim, the subject of an experiment to see if apes could communicate with humans using sign language. Ingersoll is now the president of Mindy's Memory Primate Sanctuary.

Bob Ingersoll, a graduate student at the University of Oklahoma, was working as a research assistant at the primate facility and met Nim on his first day.

"You could read [fear and apprehension] through his facial expression and his body language," Ingersoll says. "It was very distressing to him and ... we were really worried about Nim and we spent quite a lot of time with him, making sure he was eating and drinking and not being picked on by the other chimps."

Ingersoll immediately began using sign language with Nim to comfort him. He says the chimp was never aggressive around him — and quickly became one of his good friends.

"It was easy to hang out with him," he says. "He did for me the same thing that I think that I did for him, which was make him feel comfortable and certain and familiar with the situation."

'Project Nim': Monkeying Around With A Chimp

While taking long walks around the grounds of the primate facility, Ingersoll occasionally smoked pot with Nim, who had been introduced to marijuana in New York City and even appeared in the magazine High Times in 1975.

"He actually signed 'stone smoke time now' to us first," Ingersoll says. "We were shocked. Although we were familiar with chimpanzees that did things like drinking and smoke cigarettes and that sort of thing, I'd never had a chimpanzee request weed from me. That was an eye-opener."

Ingersoll and Nim spent much of their time together, until Nim was once again moved, this time to a medical research laboratory. Ingersoll later helped rescue Nim from the research facility, and the chimp was moved to a ranch for abused animals.

"What he needed at that point was to be with other chimps," Ingersoll says. "Chimps don't need to be with humans. They need to have a chimp life. So my own personal need to hang out with Nim or walk with Nim wasn't as important to me as doing the right thing for Nim. ... Chimpanzees in captivity is just not where they ought to be. ... I would hope that one of the lessons that we learned from Nim's life is that keeping chimpanzees in cages is torture and really plays havoc on their mental health."