Accessibility links
So You Want To Be An Astronaut A request on NPR's Facebook page asking people to share their dreams of being an astronaut brought more than 1,000 responses. 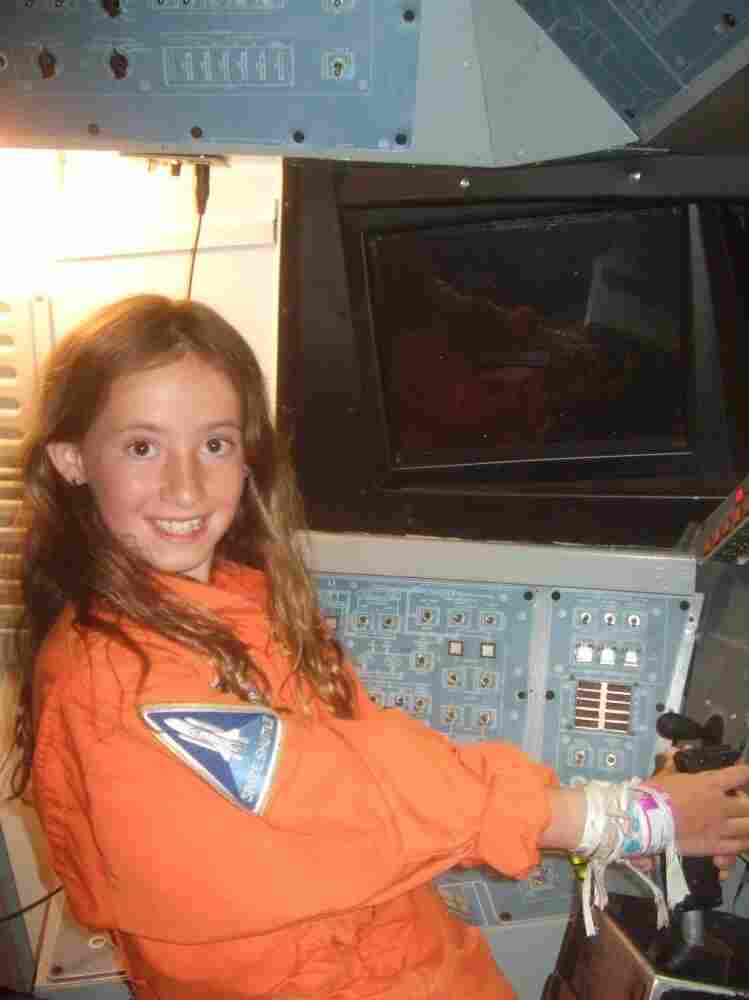 Zoe McElroy, 11, hopes to get to the moon or even Mars. Courtesy of Lisa McElroy hide caption 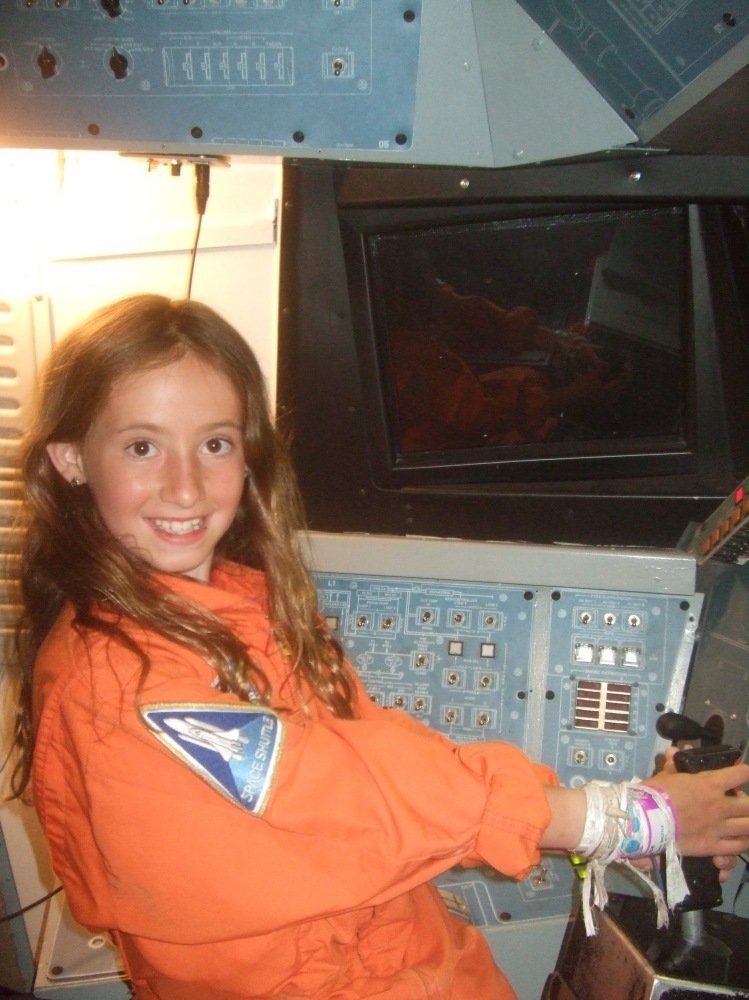 Zoe McElroy, 11, hopes to get to the moon or even Mars.

A request on NPR's Facebook page asking people to share their dreams of being an astronaut brought more than 1,000 responses. We contacted some of the respondents to learn more.

In 1970, Trish Dardine was 8 and living in Long Island, N.Y. She volunteered herself and her dad to join the Apollo 13 mission.

"I wrote to NASA and then NASA wrote back," she says. "Basically the letter said, 'We got your request to accompany us on Apollo 13, and that flight is booked but we'll definitely consider you and your dad for flights to Mars.' "

Years later, as she was cleaning out her parents' house, Dardine found the letter she had written to NASA in her father's briefcase. He had intercepted it, typed up a response, and then given the response to some neighbors who were moving to Houston to mail back to the family.

As a kid in the '80s, James Ballenger of San Diego wanted nothing more than to go to space camp. He spent a summer working on his family's peach farm to earn enough money — only to find out that the price of camp had gone up. Luckily, his grandparents had already paid his way.

He met scientists and learned about the shuttle and simulated life as an astronaut.

"You're a Monday morning quarterback for shuttle pilots," Ballenger explains. "You are mission control, you are the shuttle pilot, you're the scientist. That was my memory — I was one of the scientists on the shuttle and apparently I opened the vent and exposed us all to solar radiation five or six times and killed the crew over and over."

Lawrence Nowlan of Cornish, N.H., was immersed in the world of space travel and exploration at a very young age. His grandfather was Philip Francis Nowlan, the creator of Buck Rogers — the fictional space traveler of the 1920s and '30s and the predecessor to Flash Gordon and science-fiction heroes to follow.

"I guess the idea of being an astronaut was like all those childhood dreams," Nowlan says. "It was amazing. The difference I think, to me, is it kinda felt like it could be a reality because it just never seemed that far out of reach in our house."

Nowlan believes Buck Rogers may have been the inspiration for those first space travelers.

And while the next generation might not know who Buck Rogers is, they still want to go into space — like Zoe McElroy of Wallingford, Pa. She's only 11 years old but she has already been to space camp three times, and the end of the shuttle program seems to have no effect on her plans.

"I'm hoping that when I'm old enough to be an astronaut there will be a mission back to the moon or to Mars," McElroy says.