Accessibility links
'Chained CPI' Seen As Tactic To Trim Deficit A trip to a grocery store helps explain how a proposal to change the way the federal government calculates inflation might result in significant deficit savings. But skeptics say it's based on assumptions that can't be proved. 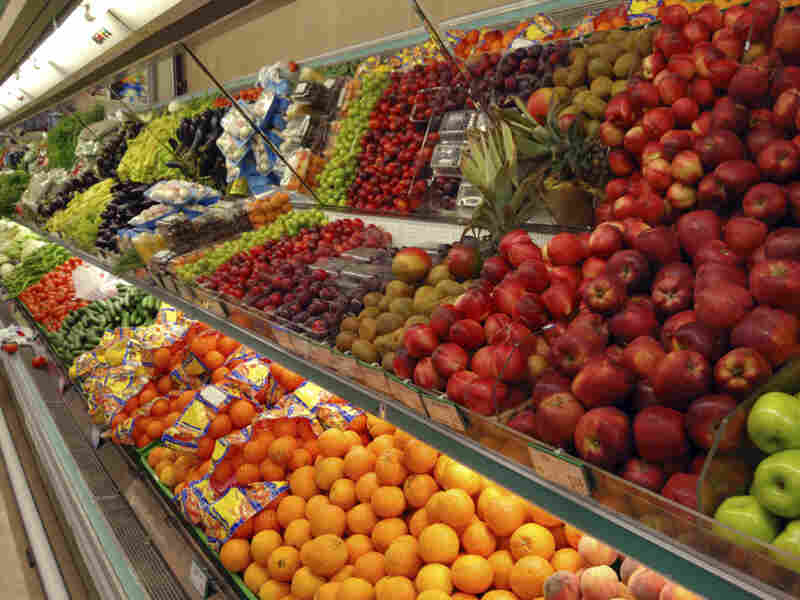 Inflation doesn't account for the fact that when the price of one fruit goes up, consumers often buy another. Changing the way the government measures inflation would be one way to reduce the deficit. iStockphoto hide caption 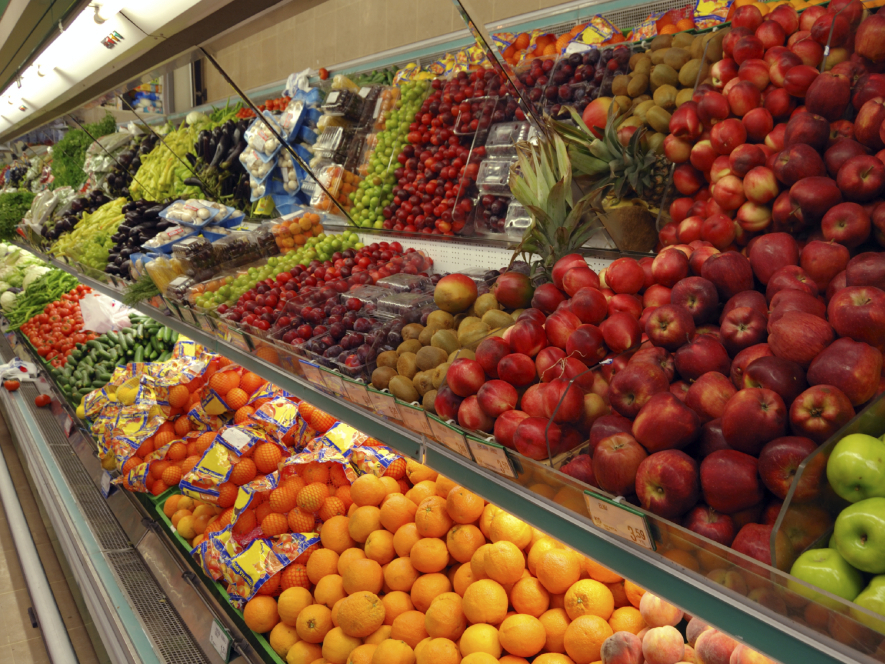 Inflation doesn't account for the fact that when the price of one fruit goes up, consumers often buy another. Changing the way the government measures inflation would be one way to reduce the deficit.

The "Gang of Six" bipartisan proposal to end the ongoing debate over raising the federal debt ceiling would include a $500 billion "down payment" on deficit reduction.

A big chunk of that would come from changing the way the government measures inflation.

One of the advocates for the switch is Marc Goldwein, who was a staffer for President Obama's fiscal commission. He is now a senior policy analyst at the New America Foundation.

To explain the proposal, I asked Goldwein to join me on a shopping trip at the Safeway grocery a few blocks from the NPR offices in Washington, D.C.

Oftentimes when people talk about inflation, they talk about a market basket of goods, so I carried a little plastic shopping basket and we walked into the produce section.

"One of the problems of inflation is it doesn't account for the fact that when the price of apples goes up, you buy oranges or bananas," Goldwein pointed out.

"So the way we're calculating inflation now tends to overstate the change in prices?" I asked.

"That's right," he said. "Most experts believe this leads inflation to be overstated by about three-tenths of a percentage point per year."

That might not sound like much. But many federal programs grow at the rate of inflation. Over time, even a slightly lower growth rate produces big savings. Goldwein says the bulk of those savings comes in later years, which is just what the economy needs.

"We don't want to be cutting severely into the budget right now, because the economy is so weak," Goldwein said. "But we do need deficit reduction over the medium and long term. And we do need to reassure the markets as soon as possible that deficit reduction is coming."

Changing the inflation measure would also produce more tax revenue, because tax brackets would adjust more slowly. Over a decade, Goldwein estimates, the switch would shave about $300 billion off the deficit, with a mix of about 70 percent spending cuts and 30 percent higher taxes.

Supporters call the switch to "chained CPI" (consumer price index) a "technical" fix. But not everyone buys that. Dean Baker of the liberal Center for Economic and Policy Research says the change would have a real impact on Social Security and other government benefits beginning next year. The change in cost of living adjustments would be small at first but would compound year by year.

"It ends up being a fairly substantial cut in benefits over time," Baker said. "And it's important to note that the people who get the biggest cuts in this story are the oldest of the old, who also tend to be poorest."

Baker also questions whether the elderly who depend on government benefits really make the kind of price-conscious shopping decisions that the chained CPI measure assumes, especially in areas like health care.

"Elderly people might be more set in their ways," Baker said. "They're not going to be running around looking for discounts. Or they might be less likely to. So if we're going to have an index that shows a lower rate of inflation because people are substituting, we should at least want to know the extent to which the elderly actually substitute."

Still, supporters of chained CPI say when it comes to deficit reduction, this is low-hanging fruit. And that takes us back to the produce section and Goldwein.

That left me with one more question for the deficit-cutting shopper: "Are you going to have red delicious or fuji for lunch?"

"Well, it looks like the prices of apples are a little higher," he said. "I'm going to go for the peaches over there. I'm going to do a little substituting."

And if the Gang of Six get their way, the U.S. government will soon substitute a new measure for inflation.