Accessibility links
No More 'Wine And Roses' For Defense Spending Since the Sept. 11, 2001, attacks, the Pentagon got the money it asked for. Now, with hundreds of billions in cuts proposed, the Defense Department is faced with basic questions about its priorities.

Listen
No Longer 'Wine And Roses' For Defense Spending 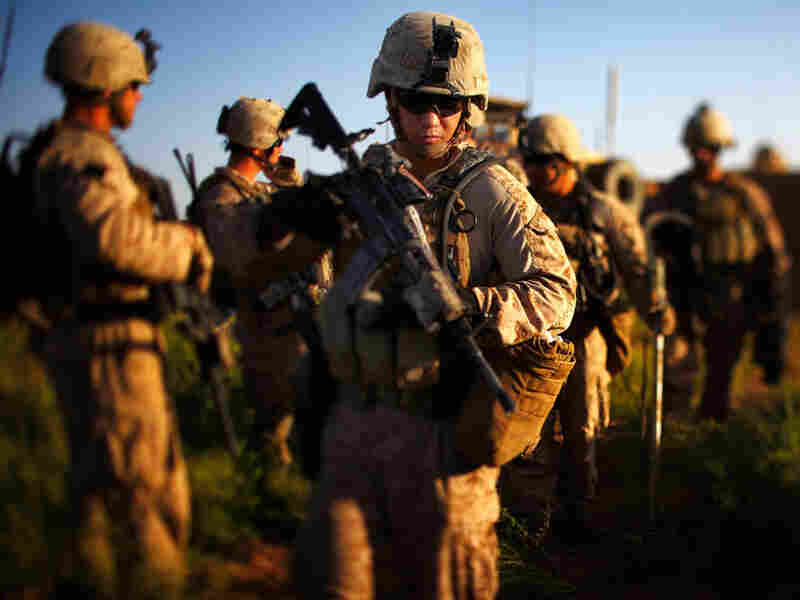 The size of the Marine Corps could be reduced with the withdrawal of troops in Afghanistan and Iraq, as the Pentagon focuses its resources on other types of threats, like cyberattacks. David Gilkey/NPR hide caption 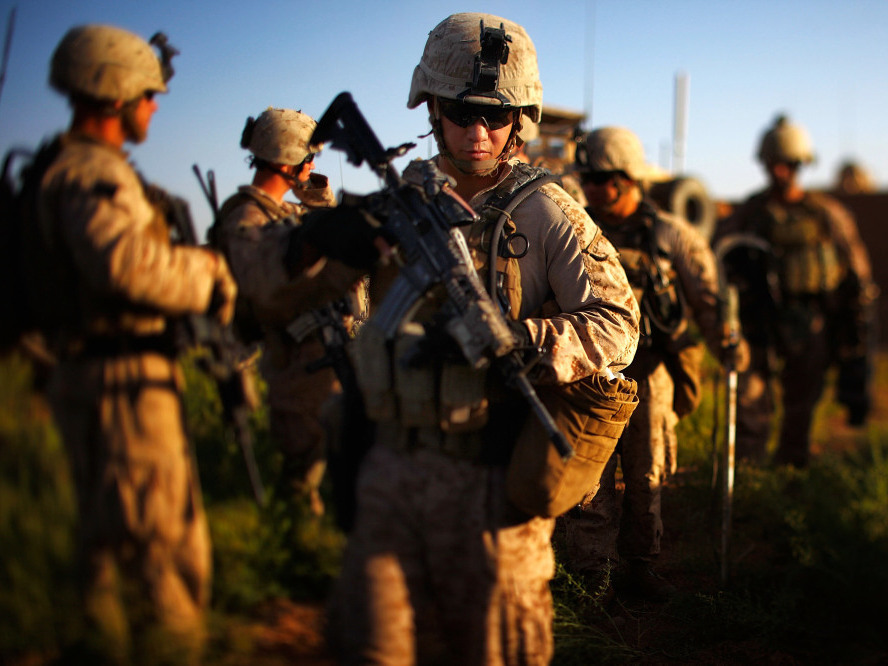 The size of the Marine Corps could be reduced with the withdrawal of troops in Afghanistan and Iraq, as the Pentagon focuses its resources on other types of threats, like cyberattacks.

One of the big-ticket items in any budget deal will have to be the defense budget. The latest budget request calls for spending about $700 billion on defense next year, the highest level since World War II. President Obama has already proposed hundreds of billions of dollars in defense cuts, and proposals by the Senate's "Gang of Six" call for hundreds of billions more over the next decade.

Since the Sept. 11, 2001, attacks, when the Pentagon asked for money, it got it — a lot of it. Now reining in that spending is going to force the country to ask some basic questions, says American University professor Gordon Adams, a longtime defense budget analyst, both in and out of government.

Having less money means deciding what is and isn't going to be done, determining the real dangers that the country is going to face in the next decade and the likelihood of those dangers occurring.

But other dangers, like al-Qaida and its affiliate groups or cyberattack, are probably more likely and are things for which the military must be ready. However, they don't require the kind of military the United States maintains today.

"And that means there are going to be winners and losers," says Todd Harrison of the Center for Strategic and Budgetary Assessments.

Harrison has some guesses as to who those losers may be. First up: the Army and the Marines.

"As we continue the withdrawal from Iraq, we start the drawdown in Afghanistan, eventually these wars will come to an end, troops will be home. I think there will be little appetite for this sort of major counterinsurgency campaign in the future," he says.

A smaller appetite could mean reducing the size of the Army and Marine Corps. That would have a quick and real effect: Not as many people would be paid, there would be fewer training exercises to run and fewer missions with fewer people doing them. It is one of the few things that can be cut that will have an immediate impact, and there are reports that the Gang of Six deal calls for $80 billion in defense cuts next year.

The Pentagon is already undertaking its own comprehensive strategic review.

"Comprehensive means comprehensive, and that includes things that don't make it onto the table," Ash Carter, the top defense official for weapons acquisition, said at a recent industry conference.

Among the things under review are the number of aircraft carriers, the size of the Army and soldiers' salaries, health care and pensions. Other less glamorous items include the $100 billion maintenance budget, things that simply haven't been on the table for the current crop of military leaders.

"A generation of whom [has] grown accustomed over the post-9/11 decade to circumstances in which we could always reach for more money when we encountered a managerial or technical problem or a difficult choice, and those days are gone," Carter says.

That could be a shock to an institution that has grown accustomed to being given nearly unlimited amounts of money for the past decade.

"They're going to take a while to adjust to the realization that they're living in scarce resources instead of the days of wine and roses," Adams says.

Not everyone has adjusted. The top Republican on defense in the House, Rep. Buck McKeon of California, is warning that deep budget cuts could harm national security.

Still, Adams points out, even a $1 trillion cut over the next 10 years would still leave the United States with the most powerful military force on the planet and the only one with a global reach.