Accessibility links
On Language, The Web Is At War With Itself While memes and other Web-related phrases are creeping into our everyday lingo, websites are also under pressure to dull down their language. Still, the Web is changing the ways we write and speak.

The Internet is hacking into our language. More and more, we hear onlinese words and phrases in day-to-day conversation — epic fail, full of win, newbs.

We are friending and de-friending each other. We are concerned about sexting. We speak of spamming and linking and blog blog blog. Meanwhile, we are tweeting away like a tiding of magpies.

Internet memes and e-lingo are pumping new vitality into popular English parlance. But is it possible the Internet could also be stifling creativity in language? More on that in a moment.

For now, webwords are everywhere. On television, Cedric the Entertainer jokes with talk show host Jimmy Kimmel that he is developing "hood apps," such as an iPhone application that tells users where they can buy weed.

On a radio ad, an older woman is incensed that her granddaughter says McDonald's iced tea is just as good as hers. "I am not LOLing," the older woman says to the younger one. "But you are still my BFF."

Though much of the net-generated argot is "rarefied and technical," he says, more and more Internet words and phrases are popping up in general discourse.

The migration pattern of Internet-originated words tends to move from intense computer users, such as programmers and online game players, to computer users who feast on words, such as journalists, broadcasters and advertisers. From there, words flow into everyday usage.

"Take a word like 'podcast'," Agnes says. "It is increasingly showing up in print newspapers, but the average person may not run across podcast for quite some time."

But, Agnes adds, "words coming in from the Internet word cloud are gaining frequency. Most certainly."

As long ago as 2006, the late wordsleuth William Safire was investigating how bloggers are messing with the Mother Tongue. He cited the words "blegging," which is the act of sending a general query into the blogosphere and "fisking," which is a line-by-line deconstruction of an article on a blog.

The blogerati, according to Blogossary.com, have ushered in a cornucopia of coinages, including "blogorrhea" (a large amount of substandard blog content), "link love" (when a blogger posts links to her favorite blogs) and "pingback" (a signal to a blog that it has been referenced by another blog).

How long before these terms are injected into the jargonic bloodstream? "Want to go looking for a little link love tonight? Give me a pingback later."

In one respect, however, the Internet may also be stifling creative language. Many digital news operations and marketing firms have staff members who analyze Internet traffic. These people are fascinated by what drives "eyeballs" to a website.

One important way that websites lure traffic is through search engines, such as Google, Bing and Yahoo. When someone types in a search term, he is led to a ranked series of websites. Needless to say, websites are extremely competitive when it comes to those search engine rankings. Every website wants to be #1.

Paris Hilton knows her BFFs. She's had a TV show all about them. Frazer Harrison/Getty Images hide caption 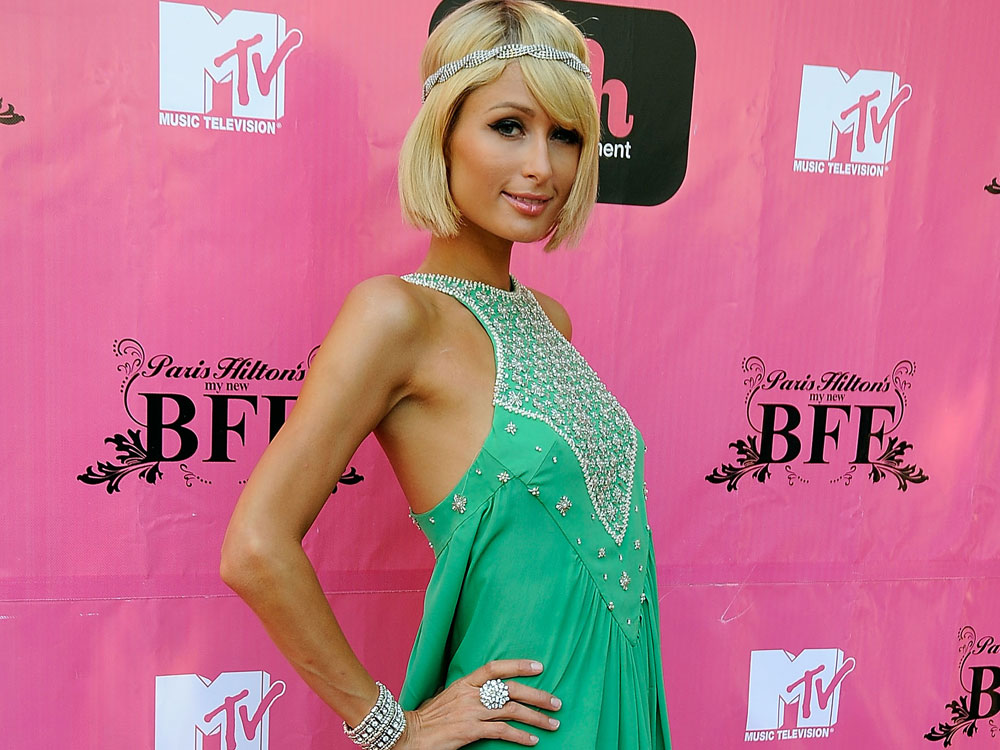 Paris Hilton knows her BFFs. She's had a TV show all about them.

To gain competitive advantage, websites post keywords or tags in the metadata fields that underlie the site. Readers don't see these, but search engines do. When those search engines send out robotic crawlers and scrapers to scour the Internet for a certain term, the crawlers and scrapers head straight for the metadata fields. That is the low-hanging fruit for the robots and they scurry home more quickly with references to those websites.

Playing to those cravings of web crawlers and scrapers is called search engine optimization — or SEO.

As search engines have gotten more sophisticated, their crawlers and scrapers have learned to also sort through all the text on the site. So many websites, trying to enhance their SEO, now pepper headlines and stories with nuts-and-bolts, no-nonsense words that pigeonhole the story. The overuse of this tactic is called keyword stuffing. Purists frown on the practice, but it works.

The result can be a squelching of originality. "Puns, turns of phrases, neologisms, Spoonerisms, etc. ... I love them all," writes marketing consultant Brian Clark on his website Copyblogger. "I just don't use them in headlines."

Clark favors information-packed headlines rather than clever plays on words. "If your goal is to have a few readers who think you write clever headlines," he says, "keep it up, then. If your goal is to enlighten lots of people with what you have to say, be descriptive instead. P.S. Yes, descriptive titles work better for SEO as well."

It's understandable that certain sites want to make their sites more, um, understandable. But taken too far, this could slow down the migration of new words from the Internet to popular conversation.

The problem, says Javaun Moradi, an SEO specialist at NPR, is that many news agencies "have adopted generic SEO practices that were conceived for other industries. Most sites are driving traffic to static pages — such as product e-commerce pages."

Many news sites are adopting old-school tactics that run counter to the fast-changing online world.

One form of webspeak -- texting -- has gotten so common it's become a problem on the highways. Michigan Office of Highway Safety/AP hide caption 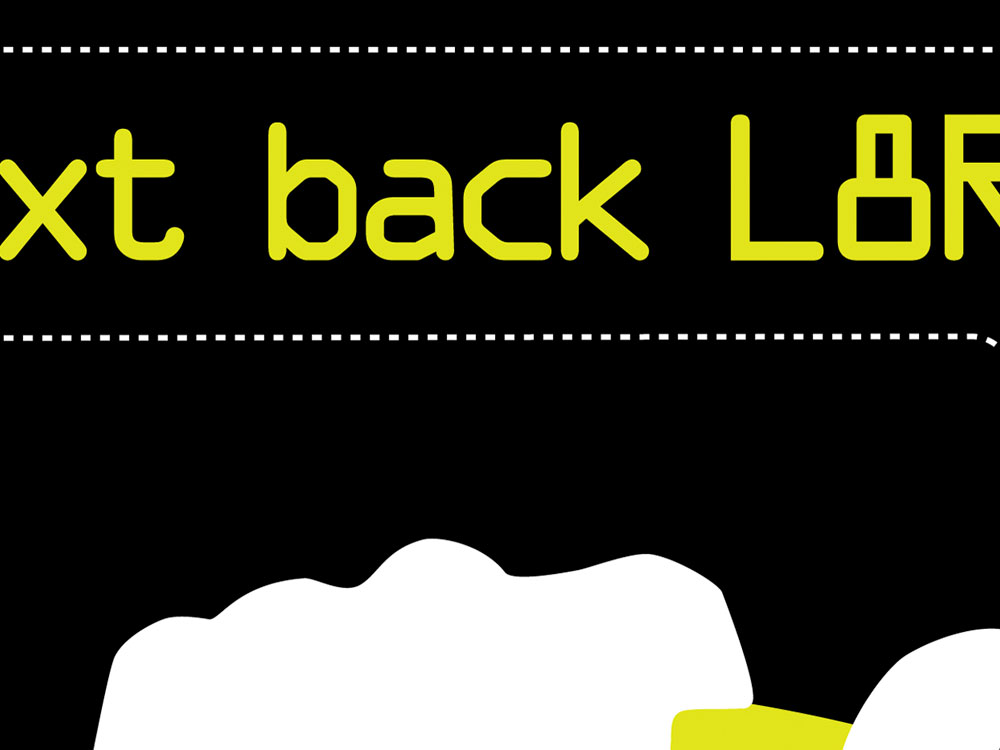 One form of webspeak -- texting -- has gotten so common it's become a problem on the highways.

As a result, "They'll then construct really bad content optimized for their choice of search keywords." This might optimize the power of certain search terms, but it can quash creativity.

But news sites are different from most e-commerce sites, Moradi says, because they don't have "a content problem. We have tons of content. Real content. But the search terms are a moving target. Unlike e-commerce terms, we don't know what users will be searching for tomorrow because tomorrow's news hasn't happened."

And so, he argues, the language can be more fluid and flowing. Float a new word now and then. Launch a new meme. Let a thousand neologisms bloom and let the search engines try to keep up with the parade. Only then can the language continue its glorious dynamism.

"In a living language all is flux, nothing is stationary," wrote Philip Howard, literary editor of The Times of London.

The Internet "has had a massive change both in the way we speak and how we write English," says Anthony Burke, a digital consultant at Toronto-based WSI Marketing. "No one can stop trends in style and slang from changing the way we communicate."

Whether it is a cave dweller's drawing on walls, writing in sand with a stick, or sending a tweet to the other side of the world, Burke says, "the English language is something that will never be permanent and will be changed by technology."