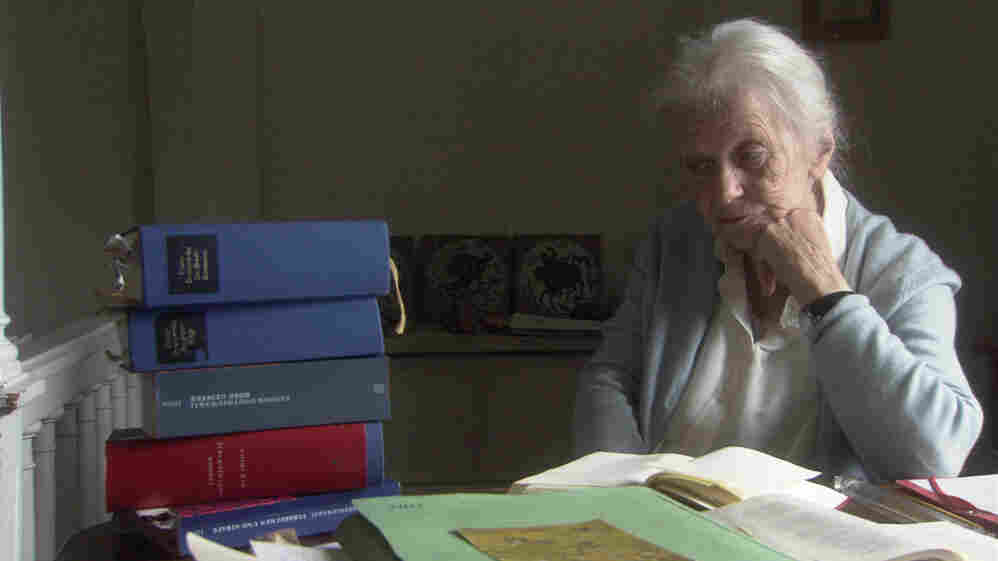 Dancing With Elephants: Svetlana Geier, a Ukranian fluent in German, survived the reigns of both Stalin and Hitler. She channeled her grim past into a career translating Feodor Dostoevsky's dense classics, like Crime and Punishment. Cinema Guild hide caption

The Woman With The 5 Elephants

In German and Russian with English subtitles

Puttering around her old-fashioned home, translator Svetlana Geier compares the intricacy of Dostoevsky's writing to what used be to termed "women's work," like cooking and lace-making. "Text" and "textile" have the same root, she notes. But the huge novels that give The Woman with the Five Elephants its title aren't just intricately crafted. They're also full of murder and madness. What does this stooped Freiburg great-grandmother know of such things?

Quite a bit, Vadim Jendreyko's quietly astonishing documentary reveals. Born in Kiev, Geier lived through Stalinist repression and Nazi invasion. She survived the latter thanks to her knowledge of German, which her mother called her "dowry." In the film, the 85-year-old is shown balancing between two cultures, both of which have left her many bitter memories.

Dostoevsky was arrested and sentenced to death in 1849, almost a century before Geier's father was purged by Stalin. Neither died in government custody, but Geier's father returned from prison battered and dying. Her mother was working to support the family, so Geier was assigned the hopeless task of nursing him back to health. She was 15.

Two years later, German troops occupied Kiev. One of Geier's childhood friends was among the 30,000 Jews massacred by the SS at Babi Yar, just outside the city. Yet Geier was rescued by the invaders, who gave her a scholarship to study in Freiburg despite her lack of Germanic ancestry. She never left.

For this cinematic portrait, Geier undertakes her first trip back to the Ukraine since 1943, accompanied by a solicitous granddaughter — and haunted by her son's current health. The journey yields some evocative moments, but mostly Geier finds her old haunts unrecognizable or simply impossible to locate. When she addresses some Kiev high school students, the gap seems unbridgeable. 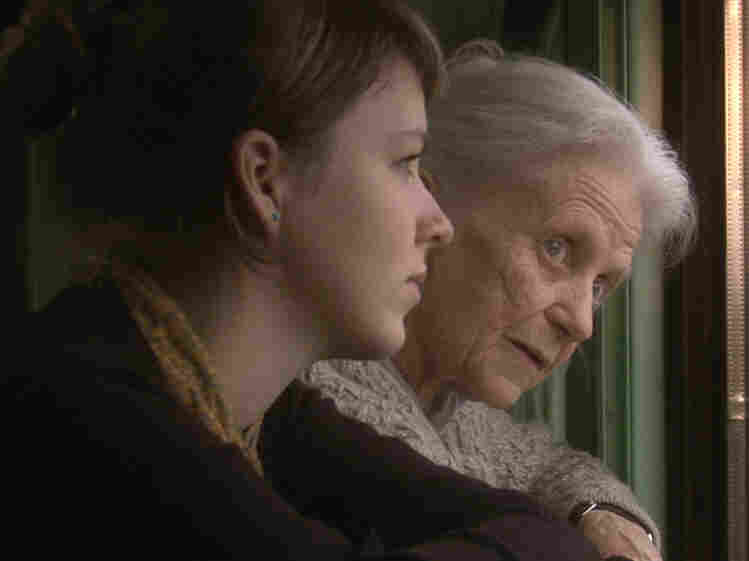 The film follows Geier on her first journey to Ukraine since 1943, but her fading memory proves a difficult obstacle. Her granddaughter Anna Gotte (left) comes along for the ride. Cinema Guild hide caption 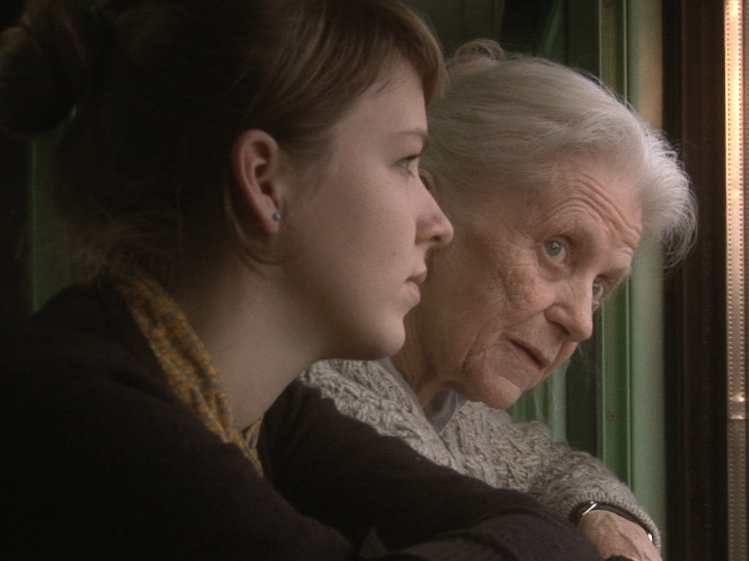 The film follows Geier on her first journey to Ukraine since 1943, but her fading memory proves a difficult obstacle. Her granddaughter Anna Gotte (left) comes along for the ride.

Geier reveals just as much about herself at home, sitting at her desk across from one of her longtime collaborators. She both loses and finds herself in her work, as when she discusses the link between Nazi infamies and Crime and Punishment. The director underlines the moment with clips from Raskolnikov, the 1923 German-expressionist film of Dostoevsky's novel. (It was directed by Robert Wiene, who is best known for The Cabinet of Dr. Caligari).

Dostoevsky's novels feature outbursts of violence, but also much contemplation. This documentary is unusually deft at depicting the latter, both in words and in lovely closeups of Geier's lined face and gnarled hands. Thoughtfulness is required when plumbing the likes of The Possessed and The Brothers Karamazov. Toward the movie's end, Geier shows the five books, each in turn. "One doesn't translate this with impunity," she says simply.

Geier died last year, after The Woman with the Five Elephants was completed. At the time, she was translating The House of the Dead, Dostoevsky's account of life in a Siberian prison. No doubt she thought of her father as she painstakingly did the linguistic embroidery.