Accessibility links
California Brings Gay History Into The Classroom This month, California's governor signed a law that makes gay history mandatory in public schools. Proponents say it presents a more accurate view of history but opponents say the requirement promotes a "homosexual agenda." Now teachers are figuring out how to incorporate the new material. 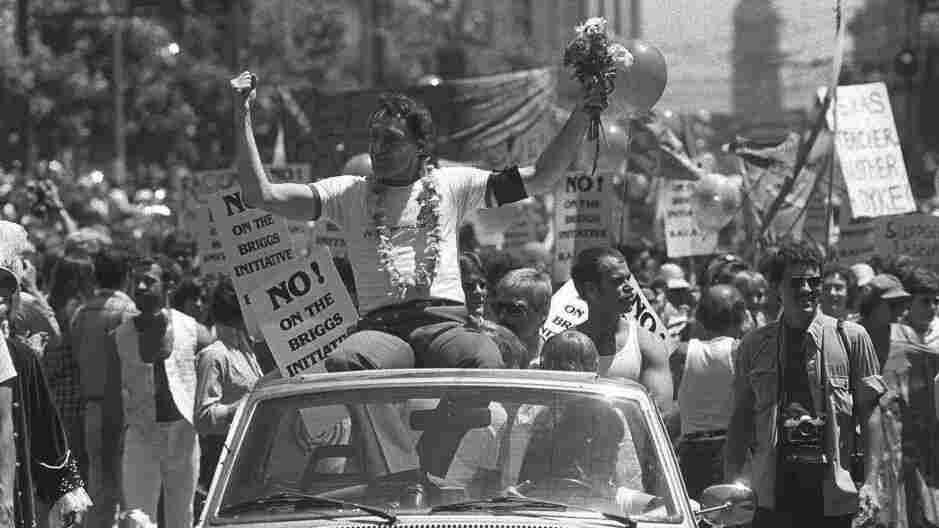 San Francisco Supervisor Harvey Milk is seen in the city's 7th annual gay freedom parade in 1978. Milk was the first openly gay man to be elected to public office in California. Earlier this month, the state became the first in the nation to mandate teaching of gay history in social studies classes. AP hide caption

Gay history is now a requirement in California public schools because of a new state law that says the contributions of gays and lesbians must be included in social studies instruction. Now teachers are figuring out how to incorporate the new material into their classes.

Even though the first day of school is a long way off, teacher Eleanor Pracht-Smith is getting her lesson plans together. She's from a small district near Sacramento, but she and other educators traveled to San Francisco to learn about how they can address gay and lesbian issues in the classroom.

"I think it's important to recognize that people from any background can contribute to history, to affirm that they've made accomplishments is nice," Pracht-Smith says. "And I think that helps people who recognize themselves and identify with those groups."

The law adds lesbian, gay, bisexual and transgender Americans to a long list of groups that should be represented in social studies classes, such as African-Americans or Mexican-Americans. Pracht-Smith says she's a bit conflicted about how she'll put the law into practice.

"I feel like we're labeling if we're saying that, this person contributed to history and by the way, they are such and such," she says. "It seems like we're meeting a quota, and that I don't like," she says.

'It Isn't About Teaching Sex'

One of the people Pracht-Smith can turn to for help is Will Grant. He teaches history at a private school east of San Francisco, The Atheanian School. He's led teacher workshops on how to include gay and lesbian history into social studies classes.

"People act as if gays and lesbians popped into the historical world in 1969, and when people find out that gays and lesbians have been a part of all cultures, going past recorded history, then that really shifts the way that people think about things," Grant says.

Grant says it isn't about teaching sex — it's about recognizing sexual identity.

"Sex is something that you cover in health class," he says. "Sexual identity is this idea of who does your sexuality make you into, and how does that affect a person's — and a group of peoples' — social position and the way society looks at them, and the way they look at society. That's what we cover." 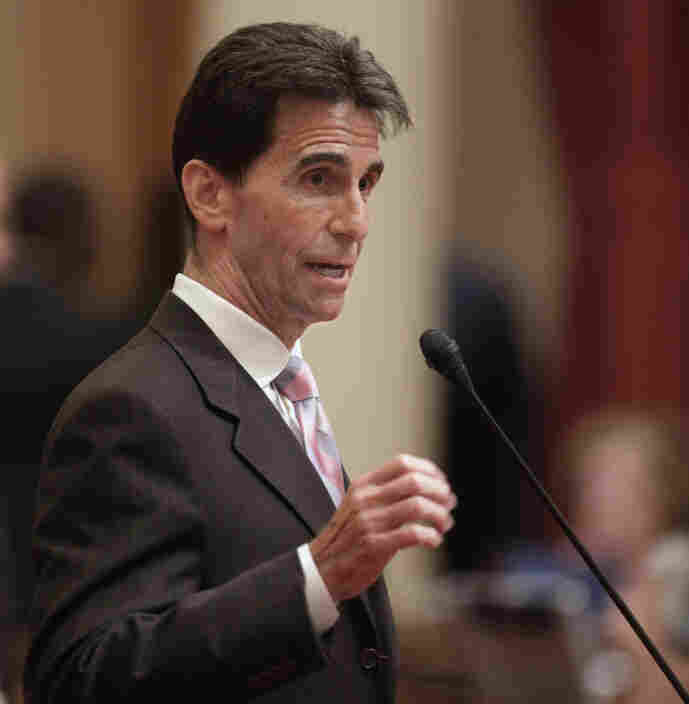 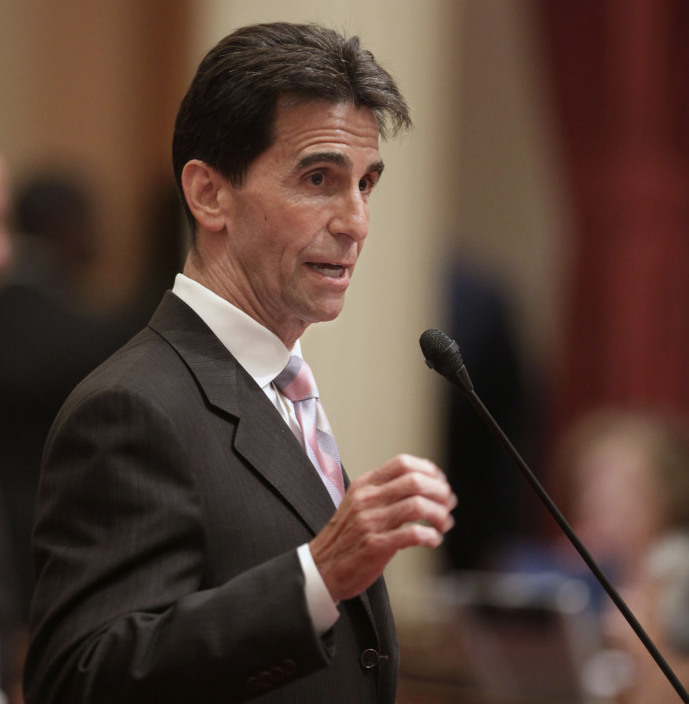 State Sen. Mark Leno, D-San Francisco, introduced the measure requiring public schools to teach the historical contributions of gay Americans. It was approved by the Assembly 49-25 on a party line vote July 5, and was signed into law nine days later.

Supporters of the new law also believe teaching gay history will help to foster tolerance on campus. UC Berkeley professor Tina Trujillo says a change in instruction can shift students' opinions on a given subject.

Some Divided Over Law

Not everyone is supportive. Randy Thomasson is with the nonprofit group Save California, and he says teaching gay history will simply distract students and teachers.

"This is not tolerant, it's promoting something," Thomasson says. "If you go into a classroom with second graders and say, 'Let me tell you about a man who was really attracted to other men.' Those kids will squirm, they'll bust up laughing. Why? They're not even sexually developed."

But others, like Judy Elliot, say it's about empowering kids. Elliot is in charge of curriculum for the Los Angeles Unified School District. She says teaching about influential gay and lesbian leaders sends a message to gay and straight students that they have promising futures. She says teachers should no longer side-step the issue.

"So there will be lots of opportunities to take a standard, and then find an interesting article or an interesting something or other," Elliot says. "There are many historians that we study right now that were gay, but nobody talks about them, right?"

The new law means California will begin buying new textbooks that include gay and lesbian history once the state budget improves. California is one of the biggest buyers of teaching materials in the U.S. That means these textbooks will most likely be offered to other states as well.