Accessibility links
Movie Review - 'Friends With Benefits' - A Sex-Without-Rom Com Two sex buddies mercilessly mock rom-com conventions even as their affair falls prey to them in Will Gluck's too-clever-by-half comedy. The leads have terrific chemistry, but it's in service of a shoddy script.

'Friends With Benefits': A Sex-Without-Rom Com

'Friends With Benefits': A Sex-Without-Rom Com 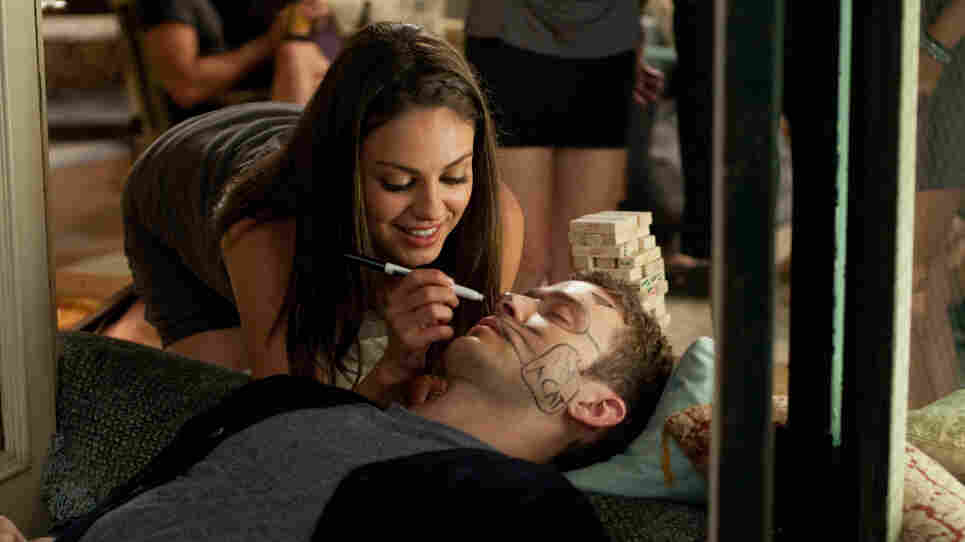 A Fun, Sexy Time: Jamie (Mila Kunis) and Dylan (Justin Timberlake) both enjoy having sex with each other, but without the messy relationship stuff that so often gets in the way of the romantic comedies they watch together. They naively believe their titular arrangement will solve their problems. Glen Wilson/Sony Pictures hide caption

When Jamie swears, she blinks. That's one of the quirks given to Mila Kunis' character in Friends with Benefits, intended to show that she's uncomfortable with her own profanity, but feels the need to put it out there as a tough front. The same might be said of the movie, too, a sweet-hearted romantic comedy that is sometimes at odds with its mandated role as a naughty sex comedy. When the movie goes blue, it blinks, too.

There's a lot of conflict to be found here, but for most of the movie, none of those tensions seep into the relationship between its two lead characters, Jamie and Dylan (Justin Timberlake). They meet in New York when she head-hunts him away from his blog editor job to become art director for GQ. After becoming close friends, they come to an agreement: They have no desire to be in romantic relationships, so why not enjoy some no-strings-attached fun if they're going to be hanging out all the time anyway? The conflicts of romance are exactly what they're trying to avoid.

Part of that shared aversion to emotional entanglements is expressed through their open mockery of the cliches in a Hollywood romantic comedy they watch together, but on this front, Friends with Benefits is often at war with itself. How can it be snarky about the treacly conventions of love stories when it's headed straight for the same gooey territory itself?

When the movie makes fun of itself — like when the opening chords of the same song that played at the end of the movie-within-a-movie start playing at an opportune moment — it cleverly pokes fun at the genre. But when it criticizes those films for using manipulative incidental music, only to cram the soundtrack with its own manipulative pop songs instead, it's no better than the rom-coms it's skewering.

If Jamie and Dylan were to watch Friends with Benefits, they'd likely roll their eyes at the tone-deaf writing that has his character, who is from L.A., gawping at a flash mob like a small-town farm boy, or at dialogue that includes redundant phrases like "your blog on the Internet" or "Nice work on that new online site!" Despite being a movie about two young, tech-savvy professionals— Dylan designs magazine layouts on a massive touchscreen, like CNN's John King manipulating an electoral map — the film often sounds as if it was written by a Luddite who just discovered AOL. 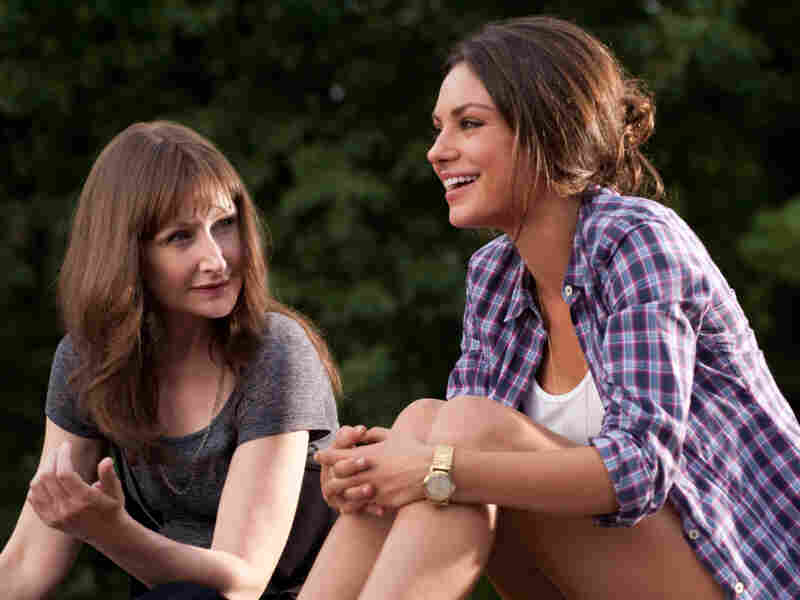 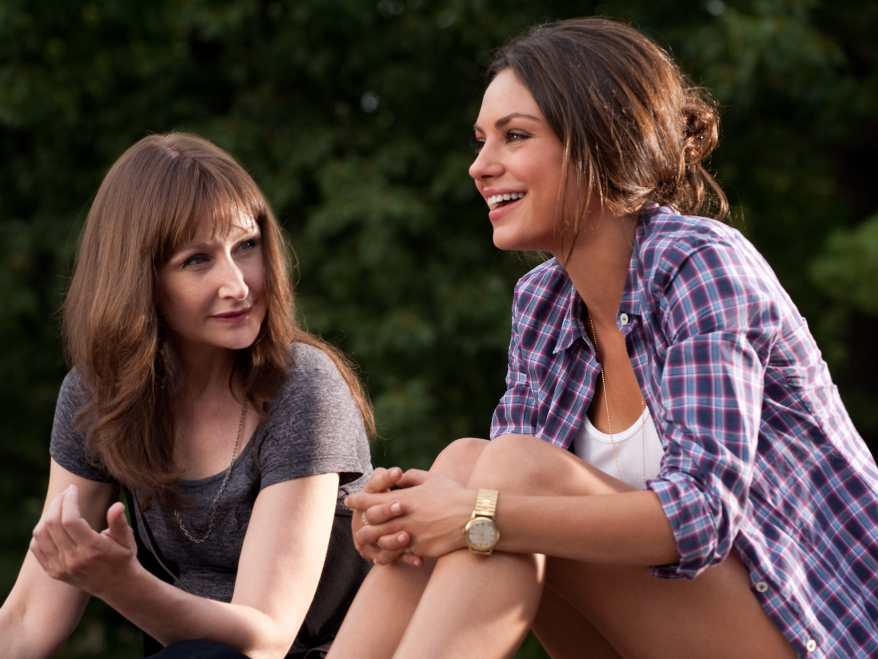 Still, there's no denying the chemistry, both emotional and sexual, between Kunis and Timberlake. When the film gets away from the exasperating contrivances of the backstory and focuses exclusively on them, director Will Gluck reveals the same talent for infusing real emotion into a self-aware comedic setting that was on display in his previous effort, Easy A. Their clumsy first encounter is the perfect blend of playful and awkward, and when the bedroom romps of the early part of the film later evolve into more complicated emotions, Kunis and Timberlake handle the transition with a real tenderness rarely seen in romantic comedies.

At that point, the movie's structural conflicts largely fade away in favor of the more interesting character clashes that finally arise between Jamie and Dylan. Watching these two actors move from being sweetly flirtatious to doing real emotional battle may not entirely compensate for the movie's other failings, but it goes a long way toward making amends. Kunis and Timberlake are winningly comfortable with one another, even if the movie isn't always comfortable with itself.