Accessibility links
Movie Review - 'Sarah's Key' Unlocks Historical Coincidence In yet another treacly, contrived Holocaust drama, a modern-day American journalist finds her history intertwined with that of a young Parisian Jew rounded up during World War II. But director Gilles Paquet-Brenner places his narrative focus on the wrong character, weakening the film's impact as a result. 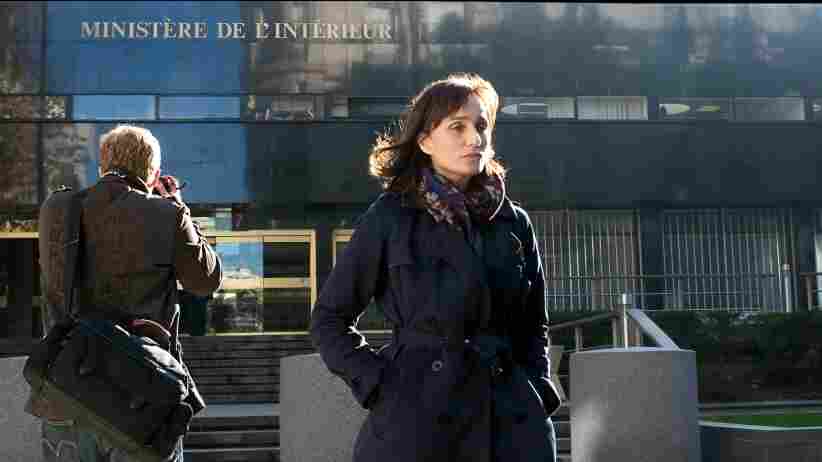 Unlocked Baggage: In Paris, American journalist Julia Jarmond (Kristin Scott Thomas) is writing an article about a historical atrocity as she and her husband move into one of the properties where it took place. The film's obvious script spells out the situational irony a bit too cleanly. Julien Bonet/The Weinstein Company hide caption

If the title Sarah's Key evokes Sophie's Choice, that's surely by design. Adapted from a best-selling novel whose original French title translates as "She Was Called Sarah," this Holocaust melodrama also turns on a ghastly decision made under the pressure of Nazi brutality. But Sarah is only 10 when she makes her choice and doesn't understand the implications until later.

Sarah (played by the seemingly guileless Melusine Mayance) and her parents are arrested during the infamous 1942 roundup of 13,000 Parisian Jews, which was conducted by French police, not German troops. The prisoners are taken to the Vel' d'Hiv bicycle racetrack, where they're not even allowed to use the toilets. At home, Sarah's 4-year-old brother waits in the closet where she hid him. As deportation to Auschwitz looms, Sarah struggles to escape and rescue him.

It's a hard story, but author Tatiana de Rosnay's scenario makes it too easy by introducing a modern-day interlocutor. Julia (Kristin Scott Thomas) is an American journalist who has long lived in Paris and is married to a Frenchman. As the arrests' 60th anniversary approaches, she decides to write an article about the infamy. Julia, her husband and their 11-year-old daughter are also planning to move into a newly renovated apartment in the Marais district. The property has been in her husband's family since, hmmm, 1942.

Yes, Julia's in-laws nabbed the very place where Sarah's family had lived, which is just the sort of outrageous contrivance the movie's script treats as natural. It's not enough for Julia to empathize with Sarah; the two must overlap in as many ways as possible, including a sentimental payoff that everyone (except the surprised character onscreen) will have seen coming a half-hour earlier.

Julia becomes obsessed with Sarah, whose basic story is resolved halfway through the movie, but whose life continues to play out in flashbacks from several periods. The crusading journalist confronts her elderly in-laws and locates one of Sarah's relatives. It turns out that Julia knows more about what happened than most of the people who are, theoretically at least, closer to the events. (Anyone waiting for French anti-Semites and opportunists to get a serious spanking will be disappointed.)

Along the way, Julia discovers she's pregnant. Nurturing life while she investigates death, Julia becomes a metaphor as well as the movie's travel guide, moral compass and narrative spark plug. That she, rather than Sarah, is the key to Sarah's Key seems inappropriate and finally a little annoying. 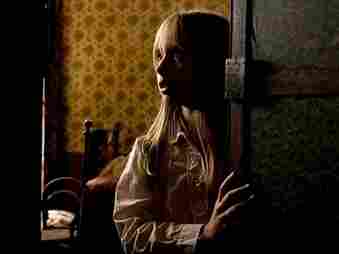 In flashbacks, the story of Sarah (Melusine Mayance) is played out. The Jewish girl was 10 years old in 1942, when she was tasked with trying to protect her 4-year-old brother from the anti-Semitic authorities. Julien Bonet/The Weinstein Company hide caption

Like The English Patient, Scott Thomas' most famous vehicle, Sarah's Key uses its twinned-narrative framework to keep circling around for additional nudges. Did you get it yet, hunh? Didja? But the movie has revealed all of its predictable secrets long before the epilogue spins past with one last elbow to the viewer's ribs.