Accessibility links
U.S. Looks To European Allies For Defense Help West European countries are the most accustomed to working with the U.S. military, but they are now the least inclined to invest in defense. The former Soviet bloc countries are generally eager to help, but their militaries have less experience in joint operations with their U.S. counterparts. 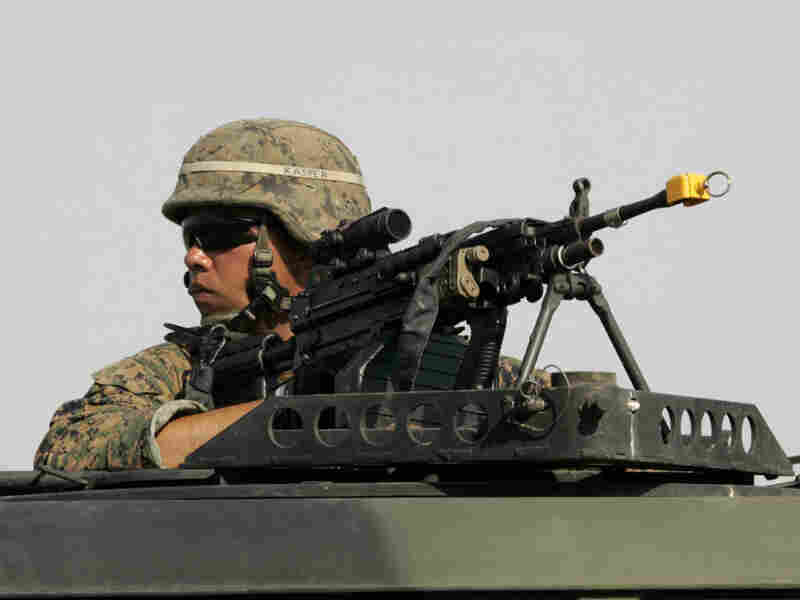 A soldier participates in a military exercise conducted by Georgians and U.S. Marines together on Friday. As the U.S. faces cuts to military spending, it's hoping to share more of its defense burden with European allies. Shakh Aivazov/AP hide caption 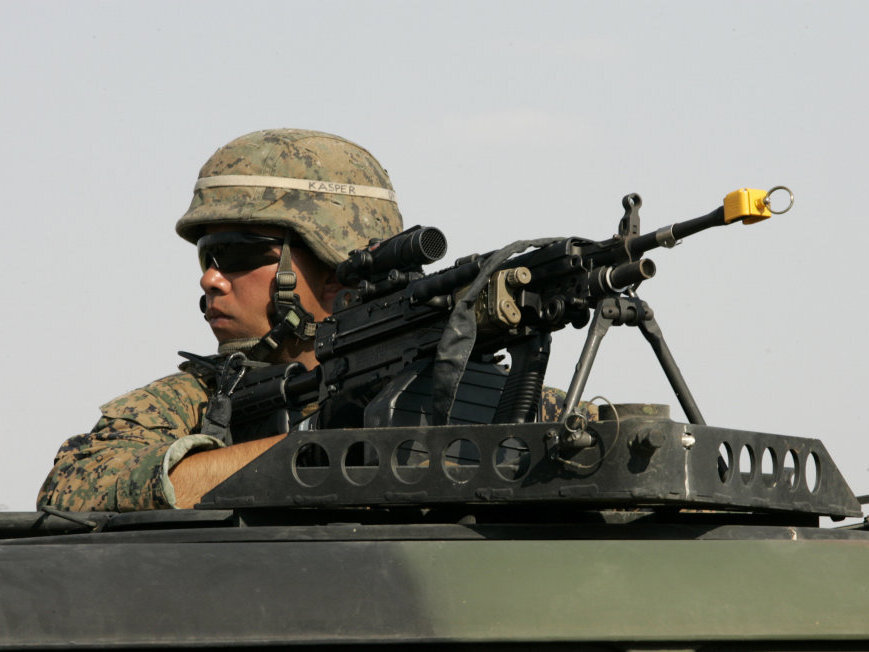 A soldier participates in a military exercise conducted by Georgians and U.S. Marines together on Friday. As the U.S. faces cuts to military spending, it's hoping to share more of its defense burden with European allies.

With U.S. military spending coming under new pressure from congressional budget cutters, Pentagon planners want European allies to pick up a greater share of the defense burden. The question is which way to look.

West European countries are the most accustomed to working with the U.S. military, but they are now the least inclined to invest in defense. To the east, the former Soviet bloc countries are generally eager to help, but their militaries have less experience in joint operations with their U.S. counterparts.

Germany this year has cut its defense budget by more than 25 percent. France, Britain and Sweden have also shrunk their militaries. In all those countries, public support for the NATO mission in Afghanistan has declined sharply, to the dismay of U.S. officials.

In one of his last speeches as defense secretary, Robert Gates warned of the "dwindling U.S. appetite" for expenditures on European defense. His replacement, Leon Panetta, picked up where Gates left off, chastising NATO countries during his recent introductory trip to Iraq.

"They've got to assume their responsibility in the world," Panetta said. "They're going to have to invest. We can't be the ones that carry the financial burden in all these situations."

One country pulling its share of the burden in Afghanistan is the Republic of Georgia, still aspiring to NATO membership. The Georgian army has more than 900 troops currently deployed in Afghanistan, and support for the mission among Georgian officers appears strong.

"It's very important," says Col. Nikola Janjgava, commander of a Georgian army battalion in Afghanistan. Janjgava told a NATO TV crew that his soldiers are becoming "more professional" as a result of their experience in Afghanistan.

U.S. commanders welcome that attitude. But they have also found that working with these former Soviet bloc militaries can be a challenge. While British, Canadian, and German troops all have years of experience with the United States in NATO operations, the Georgians are new partners.

"Truthfully, early on, they were not that good," Lt. Gen. Mark Hertling, commanding general of U.S. Army Europe, said in an interview with NPR. "I think the commanders will tell you that. But forces like the Georgians, like the Romanians, like the Hungarians, when you talk to the coalition commanders today, most of them will say, 'Hey, they can hunt now. They can fight.'"

They do need resources. The east European militaries are just as hard-pressed financially these days as are their western neighbors. Plus, their commanders are at a disadvantage. They are not used to making money arguments, nor do they necessarily even know what to ask for. Some have come to Hertling for advice.

"There are countries where the chiefs of the land forces will ask for things, where I have to turn to them, and say, 'Are you kidding me? You think you need tanks?'" Hertling says.

What these young militaries need more than new weapon platforms, he says, is new thinking and an officer corps better prepared to cope with a variety of military missions.

"Right now, you're talking about a generation of leaders in many of those forces, especially the senior ones, that are not as adaptive," Hertling says. "They grew up under the old Soviet Warsaw Pact model. So some of the leader education and professionalization of some of these militaries is critically important."

Some of these militaries have spent nearly a decade in Afghanistan on what is essentially a counterinsurgency mission. But Hertling says their next engagement may be something entirely different, and their officers need to be prepared.

In August 2008, for example, a Georgian army unit was suddenly called home from Iraq to defend the country against a Russian invasion. Hertling was in Iraq at the time, commanding coalition troops, including the Georgian contingent.

"We were doing a pretty intensive operation when the Russian maneuvering into Georgia occurred," Hertling says. "These were some of the Georgians that I had helped train. I saw them on the battlefield and then was asked to help them return to their country to fight the Russians."

With their history under Soviet rule, these new east European militaries are likely to become more enthusiastic NATO members. That legacy also means their military capabilities need further development. Fighting insurgents in Afghanistan or Iraq has been useful for the Georgians, but as soldiers they need to be better prepared for what commanders call "full spectrum" operations.

Still, U.S. commanders are not complaining. These days, they need all the eager partners they can find.