Accessibility links
Today's Polar Bears Trace Ancestry To ... Ireland? According to a new study, all polar bears alive today have a surprising ancestor: a mama brown bear that lived in Ireland around 20,000 years ago, during the last Ice Age. 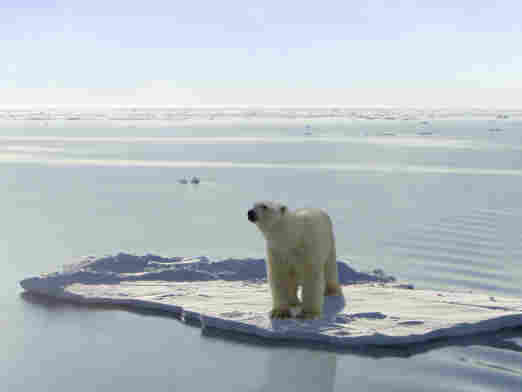 As warming temperatures drive polar bears south, they're starting to mix with brown bears much the way they did thousands of years ago. iStockphoto.com hide caption 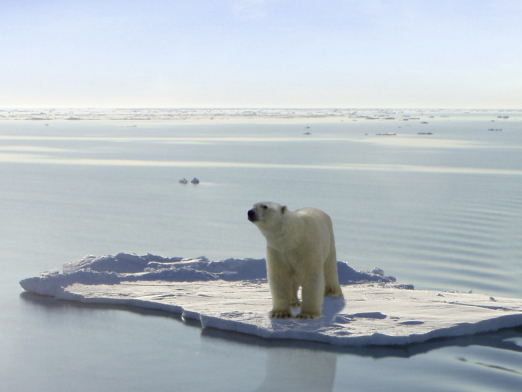 As warming temperatures drive polar bears south, they're starting to mix with brown bears much the way they did thousands of years ago.

Nearly 12 percent of Americans claim some Irish ancestry. Even President Obama has a little Irish in him. But we've got nothing on polar bears.

According to a study in the journal Current Biology, every polar bear alive today can trace its ancestry to one mama bear that lived in Ireland during the last Ice Age. And what's more, she wasn't even a polar bear: She was a brown bear.

When Shapiro looked at the nuclear DNA, she found that brown bears and polar bears began to evolve separately from each other around a million years ago. But the mitochondrial DNA, the kind you inherit from your mother, told a very different story.

"They diverged only about 20- or 30,000 years ago," she says. "And that difference is intriguing, and it means there's something weird going on in the history of polar bears.

Shapiro says what probably happened is that the Ice Age brought polar bears and brown bears back together, as encroaching ice drove both kinds of bears to the very edges of their habitats. "And when they overlapped, they were able to breed," she says.

That hybridization is starting to happen again today, but for a different reason. As the Arctic ice melts, polar bears are coming farther south to search for food, Shapiro says, and they're beginning to crossbreed with brown bears, producing hybrids known either as "pizzly" or "grolar" bears.

That could be the end of polar bears as we know them, Shapiro says.

"They can't return to the ice and act like polar bears because that habitat isn't going to exist anymore," she says. "If the only way that polar bears can reproduce is by hybridizing with brown bears, then we're not going to have any more polar bears."