Accessibility links
Rieslings Strike Right Balance For Summer Award-winning sommelier Paul Grieco shares three Rieslings that are great for the next barbecue — whatever your budget — and explains why it's not true that all Rieslings are sweet and sugary. 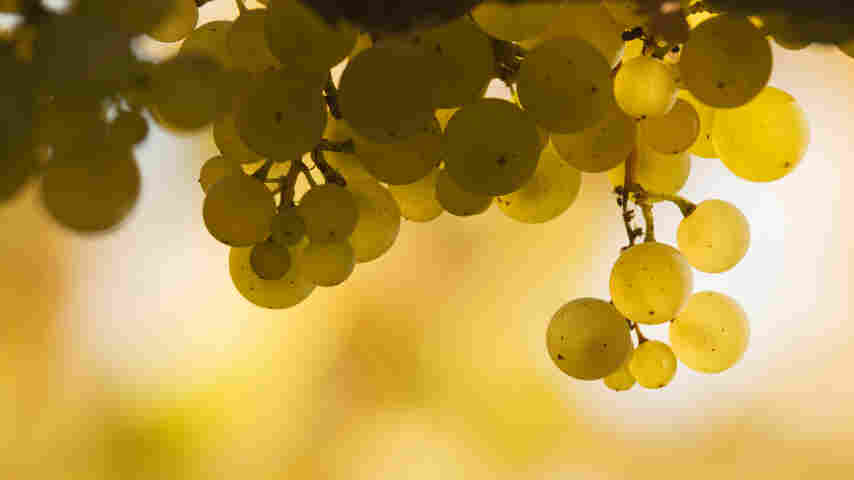 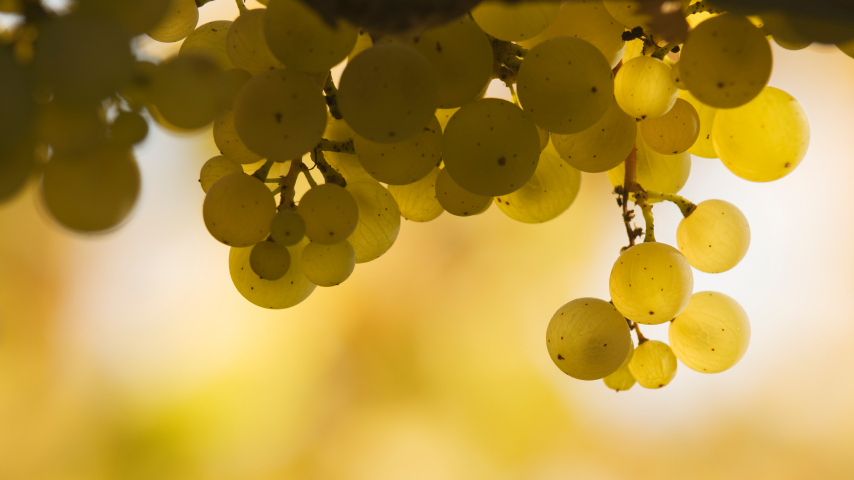 For many wine drinkers, summer is the season to enjoy white wine. It can be light and crisp with subtle citrus flavors — just the right balance on a steamy afternoon.

But for some wine enthusiasts that doesn't include Rieslings, which are often regarded as too sweet and almost soda-like.

Paul Grieco disagrees with that characterization. The James Beard Award-winning sommelier tells NPR's Linda Wertheimer the stereotype comes from German Rieslings sold in the 1960s, '70s and '80s, which were sweeter than today's variety.

"So this belief came about that all Riesling was sweet," he says. "That's so wrong because Riesling has absolute balance. ... In this day and age where conversations in the wine world talk about too much alcohol or too much oak or extracted fruit, balance is something that we don't address often enough. And once again, Riesling has it in spades."

To prepare you for your next barbecue (whatever your budget), Grieco and Wertheimer sample three wines with three different price points.

The Saar region is one of the smallest of Germany's 13 wine regions, but it's a premium source of Rieslings. Peter Lauer at the Kupp vineyard bottled this vintage in honor of his father, Grieco says, hence the "senior" in the title.

"This harkens back to an older style of German Riesling," says Grieco. "Riesling has awesome aromatics, a whole range of fruits — cherries to apples to pears. There are notes of flowers in there — rose, lavender. It's exciting! ... And great mineralities. How can you stop smelling this wine? You can't."

The price isn't bad either. Sometimes "you can find great Riesling for not a lot of shekels," he says.

This wine from Alsace, France, contrasts with the German variety. "You have roughly the two European poles of Riesling — lean, mean, piercing acidity in the German — and now we go to Alsace where they tend to be bigger, fatter, richer," Grieco says.

It's not so much a geographic issue — Alsace has actually been part of Germany at various times in history — but more of a mineral one. "Completely different soil structure here; more limestone in this Alsace example," Grieco says.

He calls the taste more "broad" than German wine. "The first one went right down the middle [of your tongue]; that's Germany. This one goes out to the sides."

Grieco uses a fashion analogy to explain the difference: "Wine No. 1, the Peter Lauer, is more like a Paul Smith suit, squared off shoulders, where this Alsace example is more like a Hugo Boss or an Armani, the sloped shoulders where everything just falls off gently and coats the entire palate."

But this one is a little more expensive, about $35 retail.

The Riesling from Austria's Heiligenstein vineyard combines traits from the German and French varieties, says Grieco. "This one will be right in the middle. Austrian Rieslings, in general because there are no absolutes in wine, have the brilliant piercing, linear acidity of the German, but also the fatness, the power of Alsace."

The wine's price indicates its grand aspirations, but Grieco says it's worth it. "You're paying that money for this piece of property. ... We get volcanic soil, desert sands, crystalline rock, and you get a sense of power in this wine that is truly extraordinary so you have to pay for that privilege of drinking from this very unique vineyard."

Grieco describes the flavors in the wine: "You notice right off the bat on the nose, fruit-driven but a little bit more herbaceous: green, wet grass, maybe a little bit of rosemary in there, too. And stony; it's as if you're biting into a big rock."

No matter what variety you get, remember not to overchill it. Grieco recommends taking Rieslings out of the fridge about 20 minutes before you want to serve them. "I think in this country we serve our white wines too cold and also we serve our red wines too warm."

Among all those white wines, Grieco says, "Riesling is great for summer because of the inherent acidity of the wine. It cleanses your palate. This is a winter reference: It's a Zamboni. Zamboni goes on the ice between periods, cleans the ice, lays down a brand new sheet of ice so we can go play out and hockey again. Acid does the same thing to your pallet," he says.

To show his love, Grieco got the word "Riesling" tattooed on his right forearm, though he didn't specify a vintage or country of origin. "We are fans of Riesling wherever it may come from," he says.