Accessibility links
Debt, From Ancient Tool To Modern Weapon Debt is nothing new. For thousand of years, civilizations used it as a tool to keep their financial systems afloat. But once debt passes a certain threshold, some economists say, it sets off a crisis.

Debt debates like the one playing out in Washington, D.C., are as old as money itself.

So says anthropologist David Graeber, who traces deficit spending back to ancient Mesopotamia in his new book Debt: The First 5,000 Years.

"Money at that time really meant credit," Graeber says. "We think of 'virtual money' as this kind of brave new world that's just happening now. Actually, it is the original form of money, and it has been the predominant form of money for most of history." 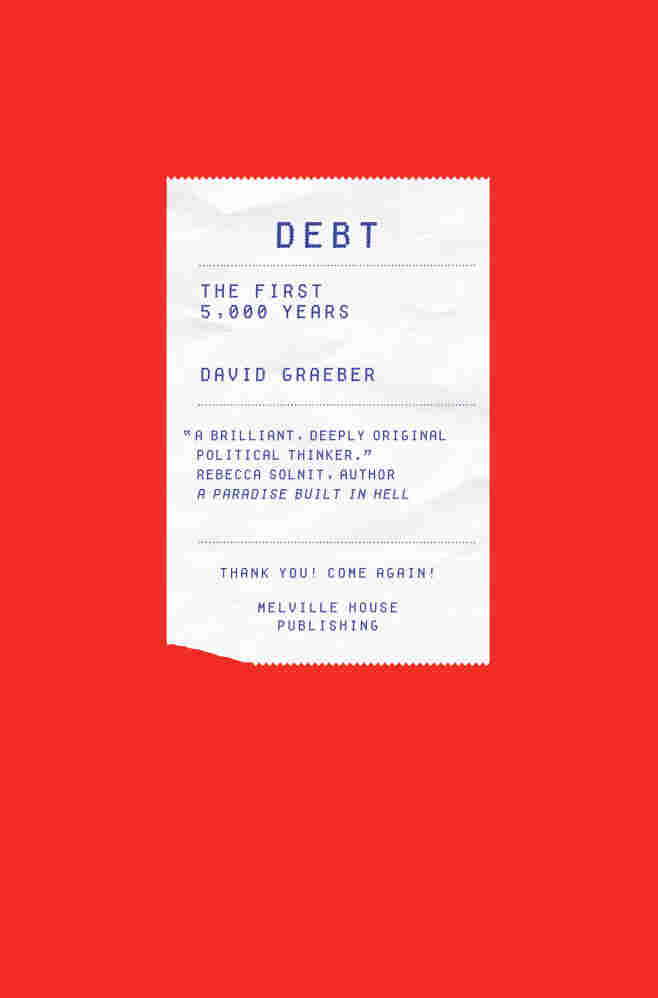 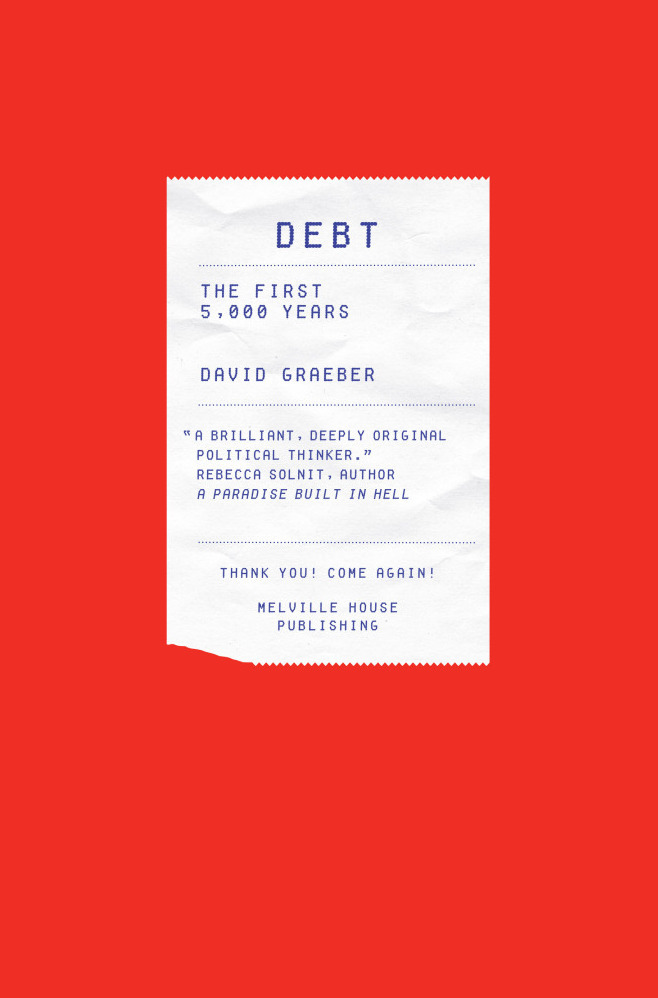 Debt has piled up as long as there's been money. And like today, that was a problem. Graeber describes how through history, as people would fall into debt, their property would be taken away.

"People would just start running away and joining nomadic bands and periodically kings would declare debt cancellations," he says.

So for a long time it was individuals who were going into debt; actual countries didn't take on debt like they do today until much later.

"The real beginnings of the modern money system seems to go back to the Bank of England in 1694," Graeber explains. "A bunch of London merchants made a 1.2 million-pound loan to the king to conduct some war, the king thereby granted them the right to take the money that he then owed them, that 1.2 million, and loan it to other people in the form of bank notes."

"If the king ever paid back the debt, there would be no money."

"The only person who tried to pay it down, and also eliminate the central bank, was Andrew Jackson, and it seems that that's what led to the panic of 1836 and it led to catastrophic consequences," he says.

Economist Kenneth Rogoff says there is danger in debt — and that danger can become explosive when a country's debt reaches a certain level. Last year, Rogoff and his colleague Carmen Reinhart, senior fellow at the Peterson Institute for International Economics, went through the financial data of 44 countries over the past 200 years and found that when government debt exceeds 90 percent of gross domestic product, countries suffer slower growth.

Depending how you measure it, estimates of the current U.S. debt ratio range between 65 percent and 98 percent.

"There's no hard-and-fast rule, but 90 percent seems to be a useful threshold," Rogoff, tells Guy Raz, host of weekends on All Things Considered.

Topping that threshold can slow down the economy's growth rate by 1 percent, Rogoff says. And while that might not sound like much, it can mean the difference between a robust economy and one wheezing under the weight of high long-term unemployment. 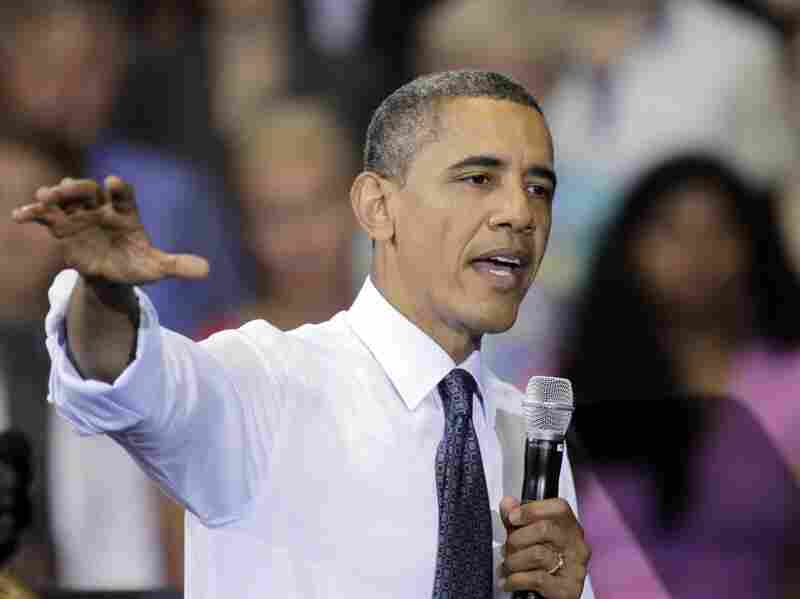 President Obama speaks about the debt showdown during a town hall-style meeting at the University of Maryland in College Park, Md., on July 22. J. Scott Applewhite/Associated Press hide caption 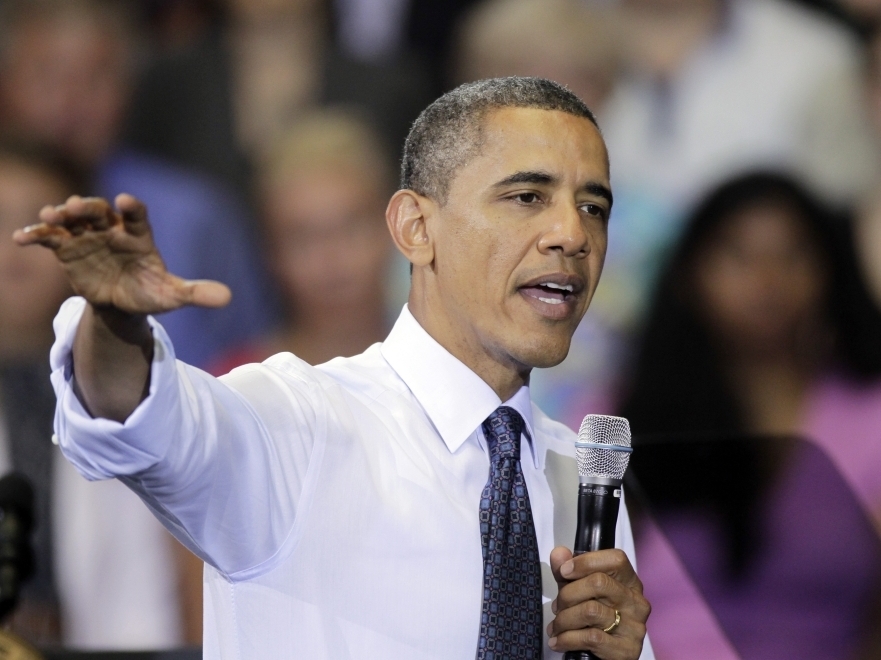 President Obama speaks about the debt showdown during a town hall-style meeting at the University of Maryland in College Park, Md., on July 22.

Some economists, including Nobel Prize winner Paul Krugman, say the way to speed up that growth is to take advantage of today's low interest rates. The idea being if a country spends and invests more, it will be able to make more in the long run.

But Rogoff isn't enthusiastic about that tactic.

"Interest rates can change like the weather; they change very suddenly," he says. "You can't get your debt levels down suddenly."

To Rogoff, quickly injecting more money into an ailing economy isn't a long-term solution. He would like to see the Federal Reserve promote inflation, for example by buying treasury bonds.

"Frankly this is a once in a 75- or 100-year situation when having a bit of extra inflation would be just what the doctor ordered," he says.

But that's a non-starter at a time when politicians and economists live in fear of inflation.