Accessibility links
EPA Seeks To Tighten Ozone Standards The Environmental Protection Agency is expected to tighten the standard for how much ozone is safe to breathe, but the level of ozone scientists say is safe doesn't sit well with industry. The agency decision is sitting at the White House, awaiting approval. 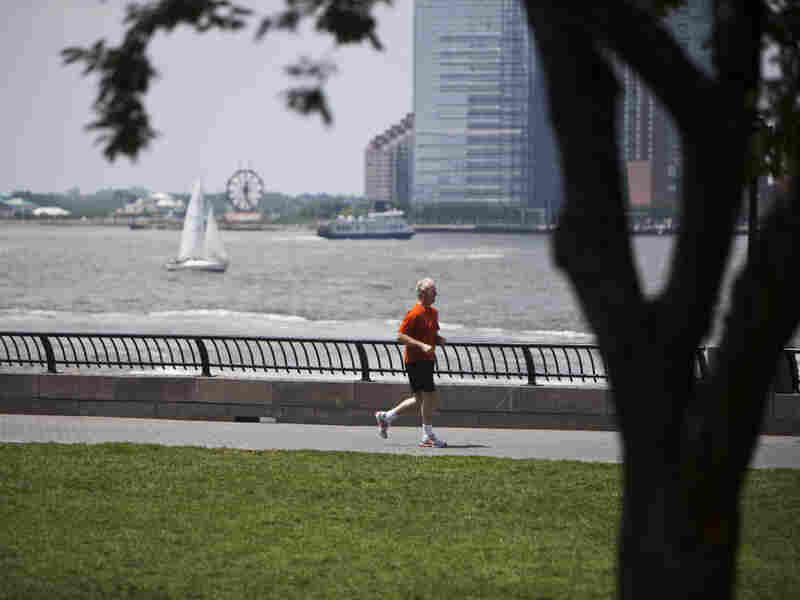 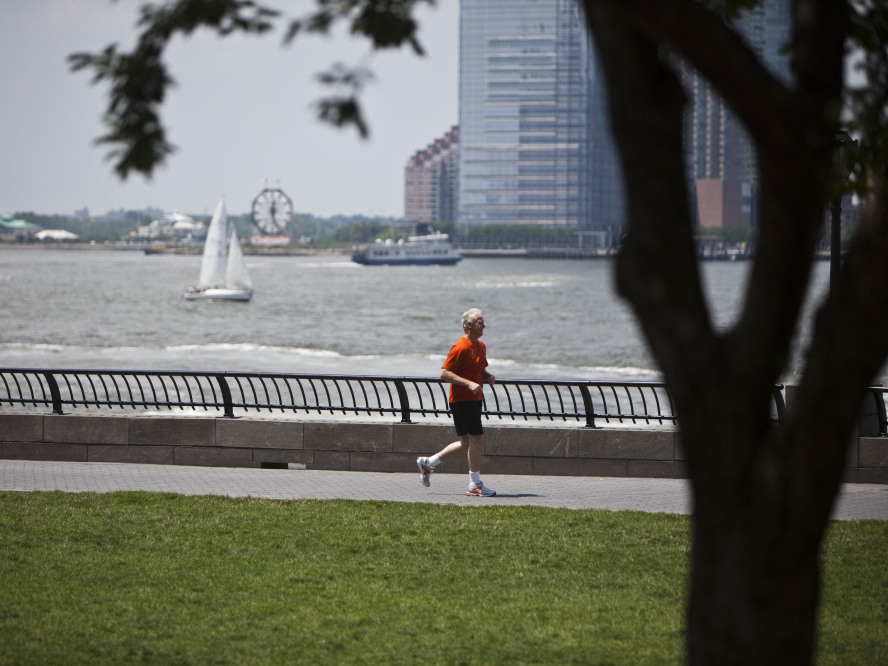 Extremely hot days are prime for bad air because hydrocarbons evaporate into the air, helping to create ozone.

The Environmental Protection Agency is expected any day now to tighten the standard for how much ozone is safe to breathe, but the level of ozone that scientists say is safe doesn't sit well with industry. The agency decision is sitting at the White House, awaiting approval.

The EPA is redoing the ozone standard set under President George W. Bush. The Bush administration's EPA ignored the advice of its own panel of outside scientific advisers. It set the standard for a healthy level of ozone in the air at 75 parts per billion.

The Obama administration's EPA proposed setting it at between 60 and 70 parts per billion, which is what the scientists recommended. If the agency goes ahead, many communities around the county would soon have more orange and red air pollution-alert days.

George Thurston, a professor of environmental medicine at New York University, says scientific studies make it clear: The air isn't as healthy as the current federal standard suggests it is.

Super-hot days like the ones recently are prime time for bad air. That's because when hydrocarbons — like puddles of gasoline or oil — evaporate into the air, they help create ozone. The hotter it is, the more they evaporate. The sun's ultraviolet rays cook these vapors and the exhausts from power plants, vehicles and factories to make smog.

When people breathe in ozone, it can irritate and injure their lungs, almost like a sunburn. Thurston says many scientific studies, including his own, show that ozone triggers attacks in children with asthma.

"Basically the airways start to close up, and they feel like they're breathing through a tiny straw," he says.

People with other lung ailments and young children are also especially vulnerable. Healthy adults who work or exercise outdoors are at risk, too. When the air is bad, it's best for all of these sensitive groups to go outside in the mornings, when ozone levels are lowest.

"The air ought to be safe enough for people to be able to go outside any time, and we shouldn't have to hide inside our homes on high-pollution days," he says. "And that's really what these standards are all about, trying to make it so that our air is safe to breathe."

But it's not going to be easy for the White House to give the EPA the go-ahead on a tougher standard. Industry groups are heaping on the pressure not to act.

The Business Roundtable, a group of CEOs of top companies, sent a letter to the White House warning that strengthening the ozone standard could be the single most expensive regulation ever.

But the Clean Air Act directs the EPA to ignore economic costs and make its decision based only on health implications.

Michael Greenstone, an economist at the Massachusetts Institute of Technology, was in the White House at the beginning of the Obama administration. He says that isn't easy to do, especially when the economy is weak.

"In practice, I think it's very difficult for any administration to be completely blind to economic costs," Greenstone says.

He says the White House shouldn't ignore economics. For example, tougher standards could require companies to install expensive pollution controls. They'll have to charge customers more for electricity and some products.

"When families have less money available, that takes on: the kinds of food they can purchase, the kinds of medicine, the heath care they can seek," he says. "And in its own way, those costs are a very important feature public health, just as cleaner air is."

So far, neither the White House nor the EPA is showing its cards.