Accessibility links
From Drug Dealing To Diploma, A Teen's Struggle Of all the problems this country faces in education, one of the most complicated, heart-wrenching and urgent is the dropout crisis. Nearly 1 million teenagers stop going to school every year. Patrick Lundvick, 19, had been hustling and involved with gangs on the streets of South Chicago for much of his life. After dropping out of school at 15, he spent time in jail. Now he's getting a second chance.

No statistic in education is more damning than the nation's dropout rate. Almost 4 million students start ninth grade every year. One in four won't graduate.

About half of those who drop out every year are black. Most will end up unemployed, and by their mid-30s, six out of 10 will have spent time in prison. In Chicago, one young man dropped out, spent time in jail and is now getting a second chance.

For a kid who's been hustling and gang-banging on the streets of South Chicago for much of his life, 19-year-old Patrick Lundvick doesn't look menacing at all. 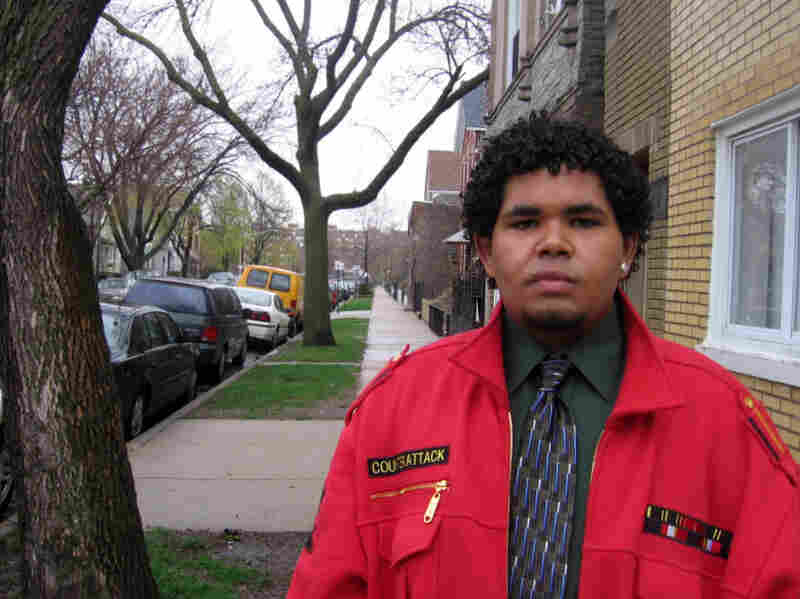 Patrick Lundvick, 19, dropped out, spent time in jail and is now getting a second chance in South Chicago. Claudio Sanchez/NPR hide caption 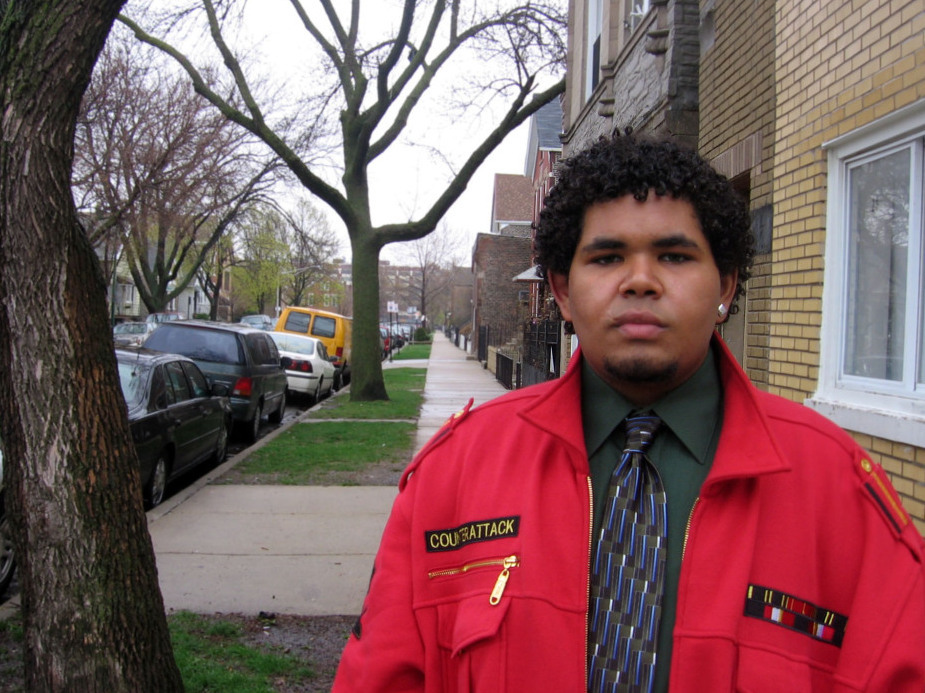 Patrick Lundvick, 19, dropped out, spent time in jail and is now getting a second chance in South Chicago.

He's chubby, about 5-feet-8 inches tall, with a mop of curly black hair, light green eyes and a friendly disposition. Lundvick grew up poor and was an only child, raised by a single mom who couldn't always be there for him.

"It's always been like that," he says. "I did everything on my own."

His decision to drop out of school at the age of 15 was his own, too. After going through 9th grade twice, he stopped going to school.

Lundvick didn't set foot in school for three years. When his mother finally found out, she shipped him off to a boot camp. But, he kept coming back to the streets where he got another kind of education: learning the drug trade.

"You can see a corner store," he says. "In your eyes, that's just a normal corner store. But, when I look at it, I see money. I see my normal custies — customers. Your whole perception changes, even when you lose people. Like, I've already had three of my best friends shot dead. One of them, I actually had to witness," he says.

"I had one of my guys right here on 38th and Paulina. He was shot in the neck, laid out. These streets is no joke," he says.

To the police, though, Lundvick was just another small-time thug.

Lundvick was 16 the first time he went to jail for selling drugs. It was the first "job" he ever had, and it was a gateway to a life of crime.

"Arson, attempted robbery, armed robbery. I got caught stealing a boat off the river. I was on house arrest for four months, not allowed near water," he says.

That was last September. All told, Lundvick has spent more than two years in jail. No one suffered more than his mother.

"Every time I was in a pair of handcuffs, or I was brought home by the cops, or she got that phone call from me at lockup, [she would say], 'When are you going to stop?'" he says.

Lundvick says he has stopped. He's now free on probation and enrolled in Youth Connection, which runs 22 charter schools in Chicago that deal exclusively with dropouts.

Lundvick is a star pupil. He's good with computers and unlike most dropouts, he's never had trouble with reading or math. But even if he gets his high school diploma, he has no illusions that his search for a good job and a better life will be easy.

"Your criminal record will hurt you, no matter what," Lundvick says. "Say you go for a job interview and the boss just looks at you, and decides not to give you a change. Well, keep going back every week to just say, 'Hey, have you filled the position yet?' Show him you're not just out there on the streets, no. Everyone can change — everyone."

Getting people to buy that, of course, is another matter. The numbers tell a different story. Over half of the prison population in Illinois is made up of black male dropouts who couldn't — or didn't — want to change.

Those who work with dropouts say the reason shouldn't surprise anyone.

"The problem, overwhelmingly, from my point of view, is poverty," says Jack Wuest, who heads the Chicago-based Alternative Schools Network. His organization is devoted to rescuing dropouts and teaching them job skills.

"There's no real healthy economy in a lot of the neighborhoods. Jobs have left in mass numbers," Wuest says. "Eleven percent of black teens in the city had jobs. That's a jobless rate of 89 percent. It's devastating."

Meanwhile, schools and alternative programs for dropouts in Chicago are filled to capacity. These programs are supposed to give young people a second chance, and for that, Lundvick is grateful. But for all his talk of turning a new leaf, he's unwilling to make a clean break from his past and the drug dealers and gang-bangers he still calls his friends.

"I can't say I will not hang out with the people I know, 'cause some of the people that are in that life, have saved my life," he says.

He says the two years he spent in jail and losing friends to drugs and violence forced him to open his eyes. Someday soon, he says, his mother will see him in college, with a nice home, making an honest living.

He expects to earn his high school diploma in January.