Accessibility links
The Nation: Give Bachmann A Break On The Headache Presidential hopeful Michele Bachmann's chronic migraines and her husband's supposedly effeminate gestures and voice are getting more than their fair share of media coverage. While Ben Adler of The Nation is no Bachmann fan, he wants media to lay off.

The Nation: Give Bachmann A Break On The Headache

The Nation: Give Bachmann A Break On The Headache 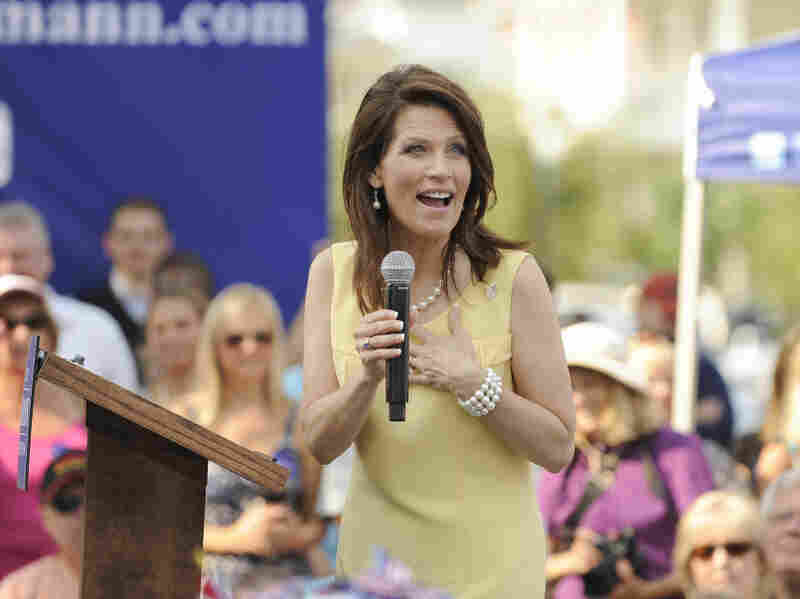 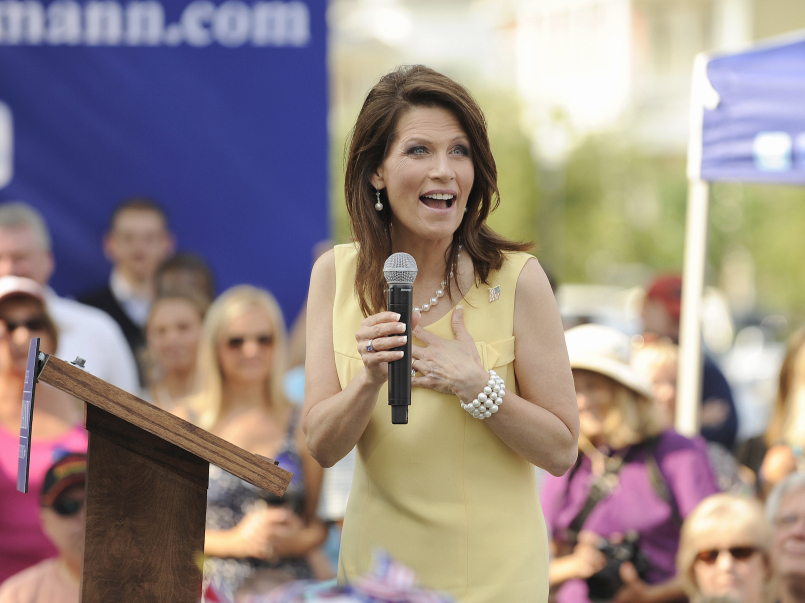 There are plenty of good reasons to question Michele Bachmann's fitness for the presidency, including but not limited to: her thin record of legislative achievement, her blatant hypocrisy in opposing government spending while her family accepts farm subsidies and government grants and her bigotry. Here are two things that have nothing to do with her fitness for office: being prone to migraines and her husband's supposedly effeminate mannerisms.

Read Another Opinion On The Headache Hysteria.

And yet, for the last week, the media has put intense focus on those two non-issues. Bachmann's husband Marcus, a counselor, has been getting a lot of attention for his shockingly homophobic views (he calls gays "barbarians") and the fact that his clinic has employed "reparative therapy" to wean patients off homosexuality. Marcus Bachmann's homophobia and unhelpful "therapy" reflect on his wife's fitness to be president, so they are fair game. What should be off-limits to real journalists is baseless speculation that Marcus Bachmann is gay because of the pitch of his voice or sway of his gait.

And yet, taking their cue from comedians such as Jon Stewart and Bill Maher, reporters have begun openly speculating that Bachmann is a closeted or repressed homosexual. Andrew Sullivan made fun of his voice, comparing it to Corky St. Clair from Waiting for Guffman. Keith Olbermann, perhaps unintentionally, seemed to elliptically reference the speculation in a segment on Marcus' homophobia by calling him "bizarre-sounding" and saying he can't be "kept in the closet" during the campaign. More seriously, Michelle Cottle wrote an article in the Daily Beast in which these jokes about Bachmann transmogrified into full-blown "rumors." These "rumors" about Bachmann's sexuality cited no claims of Bachmann having ever actually engaged in sexual acts with another man. Absent such evidence, or even assertion, it is simply irresponsible for journalists (as distinct from comedians) to publicly muse on the subject.

It is also a rather perverse sight to see progressives and gay rights advocates reinforcing retrograde norms of gender conformity by arguing, or even merely implying, that a man with a high-pitched voice must be gay. This does nothing to help us build a society in which a wide spectrum of non-conforming gender identities are respected. Homosexuality should not be mocked as the absence of manliness, a point that Sullivan and Dan Savage — who has delighted in mocking Bachmann's "fruity" mannerisms — would be sure to make if the victim of their innuendo were not a political opponent. Just because the victim of vulgar, unsubstantiated attacks is a bigot does not justify them.

There is also a curious assumption by liberals such as Savage that calling Bachmann gay undermines his homophobia. Is the implication that if Bachmann is perfectly straight then his views are not odious? Or that if the voice delivering his statements on homosexuality were gruff and macho they would be any less hurtful and unprofessional?

Meanwhile, the conservative online tabloid the Daily Caller broke a story last week that Michele Bachmann suffers from migraines. These severe headaches can force her to rest, recuperate or occasionally seek medical treatment. And she takes medications to treat and prevent her migraines. The Caller, as is its wont, oversold the scoop as some dramatic expose of a drug-addled candidate. The headline included the incendiary phrase "heavy pill use alleged." It used all anonymous quotes to imply that Bachmann has some sort of chemical dependency.

The media feeding frenzy around Bachmann's migraines was stupendous. Pundits immediately debated whether it is a legitimate story, with many conservatives, such as National Review's Ramesh Ponnuru, saying it is. Politico followed the Daily Caller with a report confirming the anecdotes. Apparently, Bachmann took longer to recover from surgery because of her migraines and has even lay down with the lights off a couple times. Shocking. On the trail her opponents were asked about the story and rival Tim Pawlenty's jab that "All of the candidates I think are going to have to be able to demonstrate they can do all of the job all of the time," was breathlessly reported. Then, of course, the media had to analyze whether Pawlenty's swipe at Bachmann was a sign of desperation on his part, and ask whether his campaign was behind the story in the first place (a charge Pawlenty denies and which there was no evidence to support.)

As Nation contributor Dana Goldstein has explained, this is all nonsense. Millions of Americans suffer from chronic pain of one sort or another. Whether it's migraines, acid reflux, a herniated disc or arthritis, the country is filled with people who take pills to prevent or treat their pain and may sometimes be briefly be incapacitated. Plenty of men with medical conditions, including John F. Kennedy, Franklin D. Roosevelt and migraine sufferer Thomas Jefferson have served as president with distinction. Just as there is a whiff of homophobia to the implications about Marcus Bachmann, there is a distinct odor of sexism to the suggestion that because of a common, relatively minor, condition that Michele Bachmann might supposedly be too enfeebled or chemically dependent to be president.

In both cases, of course, some pundits say they are not actually interested in the unimportant subject itself but the meta-question of how a candidate handles the political challenge. "While Marcus's sexuality holds little interest for me," writes Cottle, "I am interested to see how the Bachmann camp will handle the still-below-the-radar-but-getting-tough-to-ignore buzz."

This is an excuse — as flimsy as the sudden Republican obsession with perjury in civil lawsuits back in 1998 — to harp on the underlying issue. Since the real subject is transparently irrelevant to the duties of the presidency, political opponents and media pundits turn it into a question of character or management. Did the candidate lie about the issue in the press? Did he or she do damage control correctly? Just ask Anthony Weiner what the end result of that can be.

It's all a diversion from the real issues. Michele Bachmann is obviously unfit to be president for reasons that have nothing to do with these bogus kerfuffles. Her views — such as calling homosexuality "part of Satan" — are intolerant. Her positions are outside the mainstream and based on factually false premises. Her experience is unimpressive. Her rhetoric is irresponsible and divisive. Those are good subjects for reporters to investigate and pundits to analyze. Some of the same outlets, such as Politico and The Daily Beast, have done excellent reporting on these topics. Let's hope that in the future we can stick to them.

Update: This article originally stated that Sullivan and Olbermann noted Marcus Bachmann's "gay" manner of speaking. Olbermann did not explicitly do so. I apologize for the error.