Accessibility links
'Twelve Breaths': Lessons From The End Of Life Twelve Breaths a Minute: End-of-Life Essays captures the experiences of family members, doctors, caregivers and others who have learned valuable lessons from witnessing life's final moments. 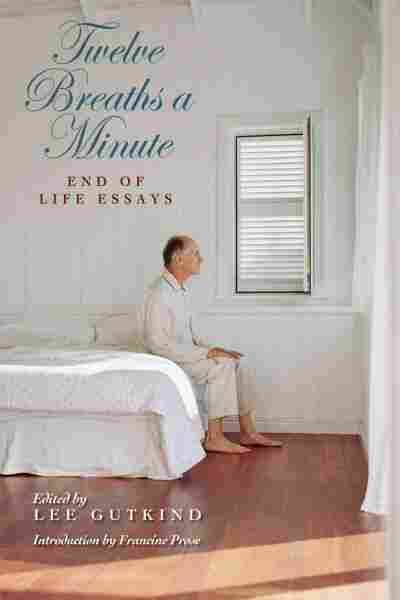 When life draws to an end, family, caregivers and medical professionals face a flurry of often heartbreaking decisions. Are there any last treatments to try? How much longer can a patient hold on? When is it time to turn off the ventilator — and who gets to decide?

Everyone involved has to balance intervention with acceptance, and separate their wishes from those of the patient. Even then, decisions are often complicated by the power of emotions and modern medical technology.

Gutkind, founder and editor of the literary magazine Creative Nonfiction, compiled the collection by soliciting essays from readers of his magazine. Of the 500 entries he received, 23 made it into the final book.

"It is not a happy subject, and it probably won't zoom to the top of the best-seller list," Gutkind tells NPR's Neal Conan. "But ... it's probably the most important subject that we all need to learn to talk about."

Gutkind says that its rare for physicians, family members and the person who is actually dying to have the opportunity to talk about an end-of-life plan.

"One of the primary messages of the book," Gutkind says, "is to try to think about having a conversation about how to prepare yourself and your loved ones for the end-of-life stage."

In one essay, a mother describes the agonizing decision to donate her 19-year-old daughter's organs as her daughter lies brain dead — but still alive — on a ventilator after a horseback riding accident.

These are decisions that we all need to face up to sooner rather than later.

Such life-and-death choices are heart-wrenching, Gutkind says. But many of us are bound to face them, sometimes when we least expect it. "Whether it's ... donating your organs or turning off a ventilator, these are decisions that we all need to face up to sooner rather than later."

Leukemia specialist Dr. Larry Cripe contributed an essay in which he describes the first time he realized a patient's life would soon end.

"She was going to die, despite all that we could do medically, and all my intelligence, and the intelligence of my colleagues," Cripe says. "And I came to this sudden realization: I had never learned to do that; I did not know how to support her."

Cripe says 21st-century advances in medicine have made end-of-life decisions even more complicated. "We could suddenly conceive of doing things that had never been do-able before," he says. But prolonging life can also undermine the quality of a patient's final days or weeks.

Read an essay from Twelve Breaths a Minute.

"I've gotten older doing this work," he says. "It is very close to love, what happens in these relationships as we work through these decisions for which the heart ultimately must guide us."