Accessibility links
To Close Comic-Con, One Spacecraft To Rule Them All For 10 years, Comic-Con's Starship Smackdown has pitted spacecraft against spacecraft in a tournament to determine which fictional ship — Millennium Falcon? Enterprise? Death Star? — would dominate in head-to-head battle. 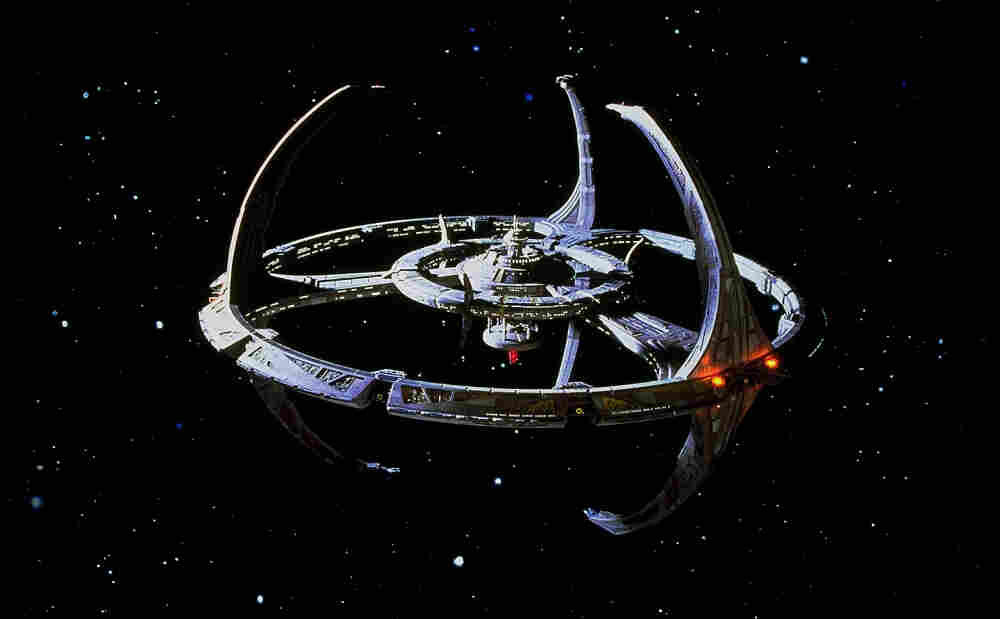 What if the spacecrafts from the television program Star Trek: Deep Space Nine were piloted by the operating system Windows 7? Paramount Pictures/Photofest hide caption

Everything you need to know about the event is in the name, says panelist Mark A. Altman, creator of the Cinemax show Femme Fatales: "'Starship Smackdown' says it all."

In case you need a little more: For the last 10 years, the event has been the closing panel for San Diego Comic-Con, the biggest annual pop culture convention in the U.S. Starship Smackdown answers the continual debate geeks have about whether the Enterprise would kick the Millennium Falcon's butt in a space rumble.

"We only allow real starships to compete: no cartoon ones, no animated characters," Altman explains.

Here's how it all goes down. Hundreds of people pack into a meeting room. Then expert panelists and avid fans — some even sporting their team's logos — suggest ships that fill up tournament brackets, kind of like in March Madness. This year one of the brackets pitted the new Battlestar Galactica against the old Battlestar Galactica. The panelists who evaluate the matchups have to be savvy on the strengths and weaknesses of everything from Star Trek to Star Wars to Serenity, and from H.G. Wells to H.R. Puffinstuff. Fans eagerly yell out their suggestions in the hopes of getting their favorite ship into the competition before the brackets close. 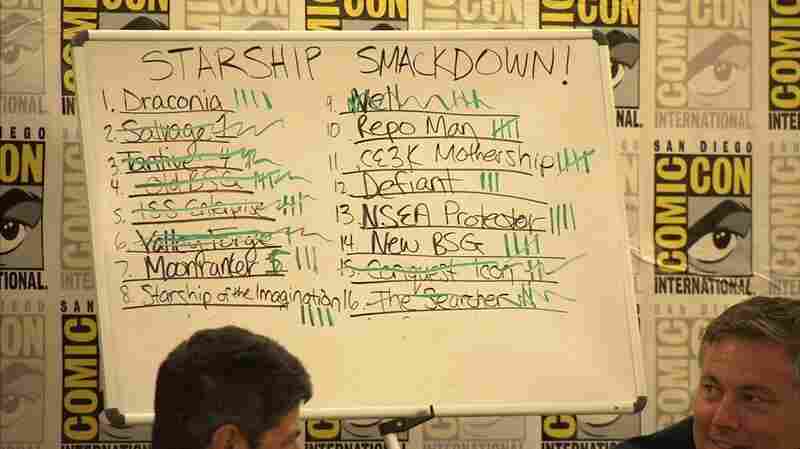 Starship Scoresheet: On Sunday at the San Diego Convention Center, a whiteboard held the standings for the sixteen spacecrafts in the competition. Beth Accomando hide caption 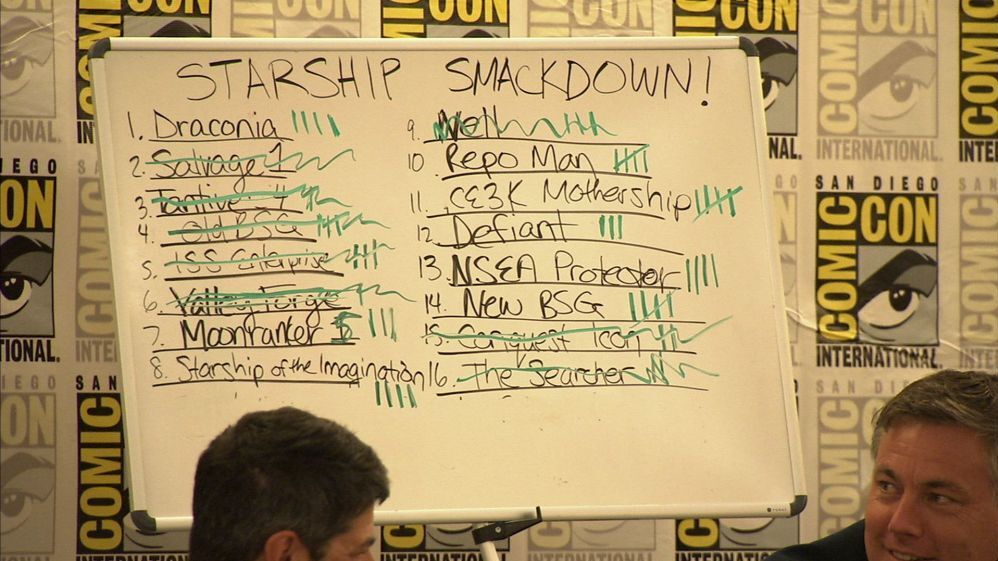 Starship Scoresheet: On Sunday at the San Diego Convention Center, a whiteboard held the standings for the sixteen spacecrafts in the competition.

This year fans threw the panel a curveball. They wanted one of the ships to be the Chevy Malibu from the trippy '80s cult film Repo Man. Though it did fly away at the end of the movie, one panelist observed that because the Malibu may have had a mothership, it might be better described as a surface-to-air-transport and not a true starship. Finally, it was allowed in the competition.

The starships are helmed by fictitious captains: In the past, Jean-Luc Picard has been in charge of the Millennium Falcon and Captain Crunch helmed Dr. Who's TARDIS. This year, the panel surprised fans by denying them human captains. The infamous Windows 7 was loaded up on Deep Space Nine's USS Defiant. When it booted up, it crashed.

"I'm very disappointed," said DS9 fan Christine Rideout. "Windows 7 on the Defiant? What the heck with that? It was over after that."

But disappointment is just part of the game in the rough and tumble world of Starship Smackdown. The whole competition was won by Carl Sagan's Starship of the Imagination, piloted by Hal from 2001: A Space Odyssey. Founder Mark Altman, who favored the Moonraker shuttle, was happy with the final results.

"It's such a delight to see people that we've seen over the last 10 years come back again and again and indulge this bit of insanity, this frivolous nonsense that we do every year," he said.

Even though only one winner emerges victorious, the debate among geeks about which starship is truly the best will go on forever.