Accessibility links
Red, White And True: The Great American Biography Country legend Johnny Cash, bon vivant George Plimpton and consummate entertainer Sammy Davis Jr. don't have much in common. But their lives have much to tell us about what it means to be a great American. 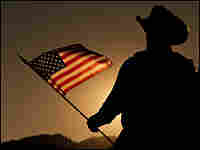 Nathan Rabin is the longtime head writer for The A.V. Club, the entertainment section of The Onion and the author of The Big Rewind.

What does it mean to be a great American? Ask five of your countrymen, and you'll get five different answers.

For me, it means having some of the qualities that make our nation worth celebrating — like resilience, determination and optimism.

Country legend Johnny Cash, bon vivant George Plimpton and consummate entertainer Sammy Davis Jr. don't have much in common. But their lives have much to tell us about what it means to be a great American. 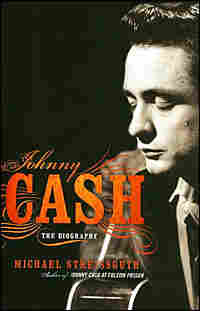 F. Scott Fitzgerald famously said, "There are no second acts in American life." Clearly, someone forgot to tell the subject of Michael Streissguth's Johnny Cash: The Biography. Cash transformed pop music with early songs about trains, prisons and Jesus. By the late 1960s, however, Cash was written off as a self-destructive has-been lost in a downward spiral of booze and pills.

His 1968 live album from Folsom Prison changed all that. Suddenly Cash was vital and dangerous and relevant all over again. But a second act wasn't good enough. Cash insisted on a third when he teamed up with outlaw producer Rick Rubin in the 1990s for a series of albums that brought together punk, rock, metal, blues and country in a state of harmonious musical democracy. 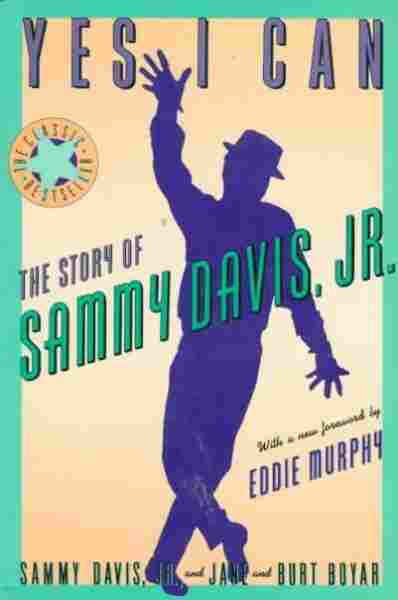 Like Cash, Sammy Davis Jr. grew up poor and hungry. He was barely 30 when he put out Yes, I Can, his massive memoir. Yet no one could accuse him of lacking material. He had been a child vaudevillian, a controversy magnet and a recording and movie star.

Given the brutal racism he suffered, both as a household name and as an anonymous soldier, it would be easy for Davis to give in to hopelessness. But Davis never let our nation's ugly history of Jim Crow and slavery keep him down. Yes I Can teaches us to see green lights where others see only roadblocks. It's fitting that our first black president only had to tweak the title of Davis' memoir slightly to create a campaign slogan that appealed to the better angels in each of us. 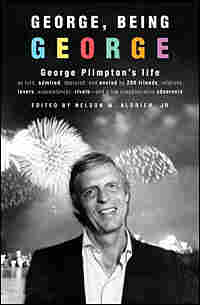 If Cash and Davis Jr. grew up with nothing, George Plimpton grew up a pampered child of privilege. Yet he didn't let his family's enormous wealth keep him from making friends throughout the social strata. After reading George, Being George, Nelson W. Aldrich's wonderful oral history of George Plimpton, I didn't just want to befriend its subject: I wanted to slip inside his skin, if only for a day. For Plimpton was blessed with a special form of grace. People fascinated him and were fascinated by him.

During his charmed life, Plimpton did everything. He wrote. He edited. He acted. He endorsed video games. He even trained with the Detroit Lions. Like Forrest Gump, he had a way of stumbling into the forefront of history. Plimpton clowned around with Muhammad Ali, helped take down Sirhan Sirhan and tried to bribe Lisa Simpson into throwing a spelling bee. Through it all, he maintained a very American sense of curiosity, optimism and innocence we can all learn from.

Read an excerpt of George, Being George

Johnny Cash, Sammy Davis Jr. and George Plimpton each give us a model for making the most of the opportunities afforded us — and show us that nothing is impossible, so long as you're willing to laugh at yourself and at a world that is as comic as it is tragic. 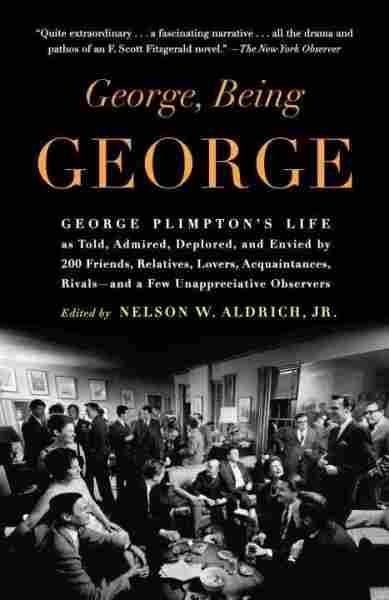