Accessibility links
The GPS: A Fatally Misleading Travel Companion Donna Cooper and her family were lost for three days in Death Valley. Now, a ranger wants to prevent cases like hers by going to the root of the problem. 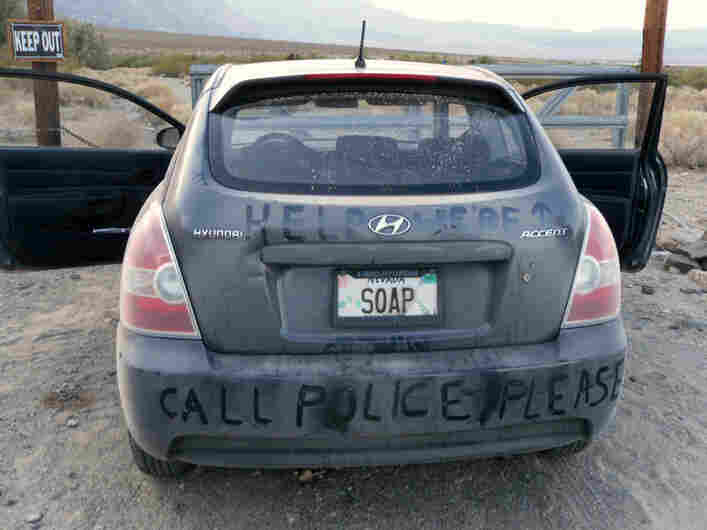 Donna Cooper and her family were lost for three days in Death Valley after following their GPS. Donna Cooper hide caption 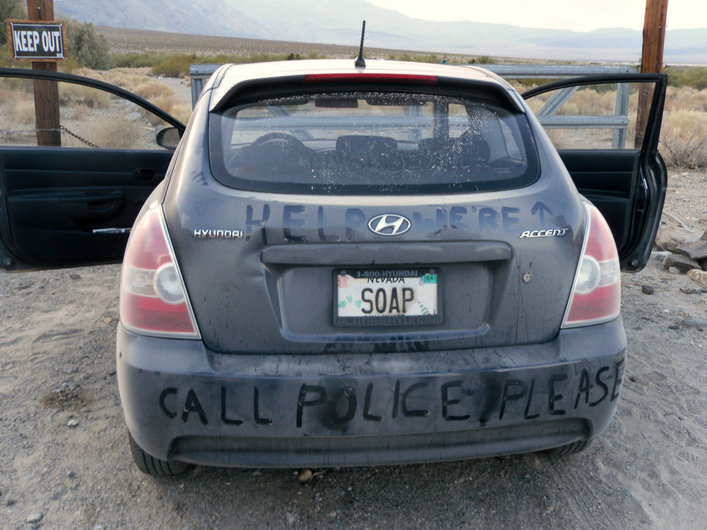 Donna Cooper and her family were lost for three days in Death Valley after following their GPS.

In remote places like California's Death Valley, over-reliance on GPS navigation systems can be a matter of life and death.

Each summer in Death Valley, a quarter-million tourists pry themselves from air-conditioned cars and venture into 120-degree heat to snap pictures of glittering salt flats. They come from all over the world, but many have the same traveling companion suction-cupped to their dashboard: a GPS.

But when dozens of abandoned dirt roads lie between you and that destination, things can get tricky. That's what Donna Cooper, of Pahrump, Nev., discovered last July on a day trip to Death Valley.

After a long day, Cooper and her family asked "Nell," the GPS, for the shortest route back to their home. 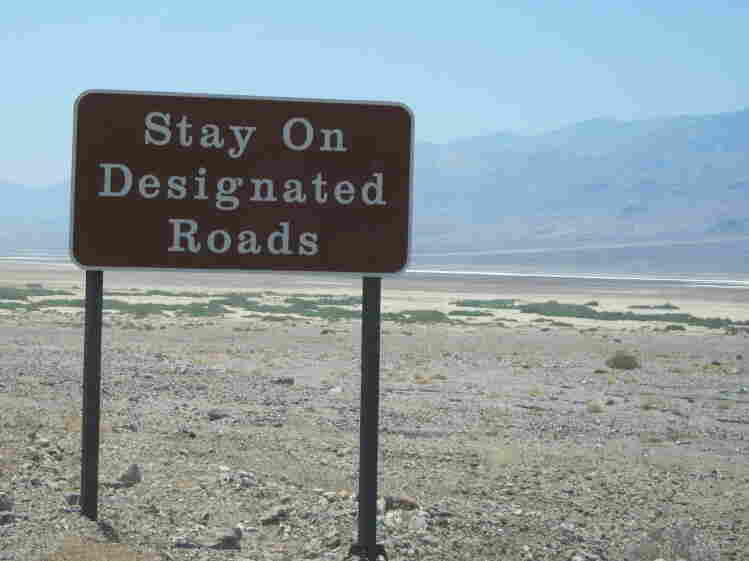 Sometimes signs like this aren't enough to dissuade drivers who are blindly following their GPS. Krissy Clark hide caption 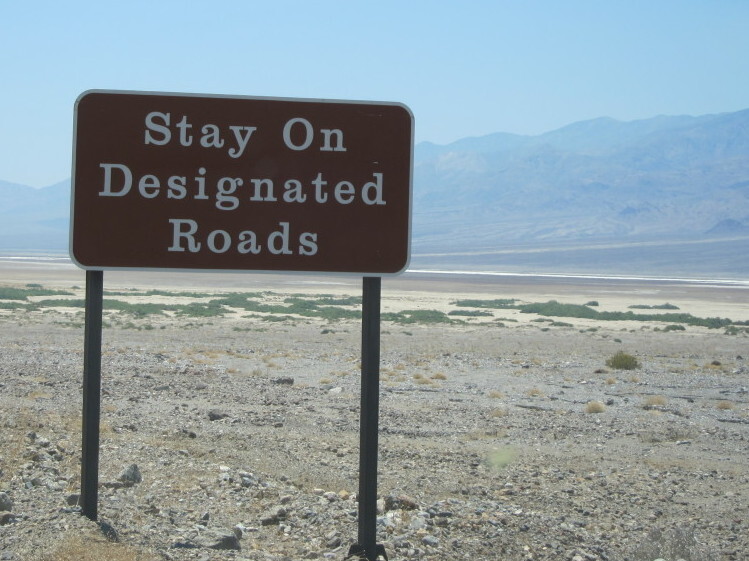 Sometimes signs like this aren't enough to dissuade drivers who are blindly following their GPS.

But what came next did not compute. The GPS told them to go 550 feet, then turn right, Cooper says.

Death Valley Ranger Charlie Callagan says Cooper is not the only visitor who's relied on GPS and been seriously lost. It happens a couple times a year now.

"And they'll usually volunteer it themselves. You know, it's like, the GPS told me to go this direction," Callagan says.

Meanwhile, he says, he's been asking himself, what exactly is going on? Why is the GPS going astray? Then, he had an idea.

To explain, he drives out to a lonely corner of the valley. A line pops up in the corner of my GPS screen. Supposedly, it represents a road about to intersect the one we're driving on. But looking out the window, there is no other road.

"That road there no longer exists. It's been probably 40 years, but somebody ended up driving on it because it showed up on their GPS," Callagan says.

Two summers ago, a mother and son on a camping trip had GPS in their car and got stuck on an abandoned mining road for five days.

"She barely survived. The boy did not survive," he says. 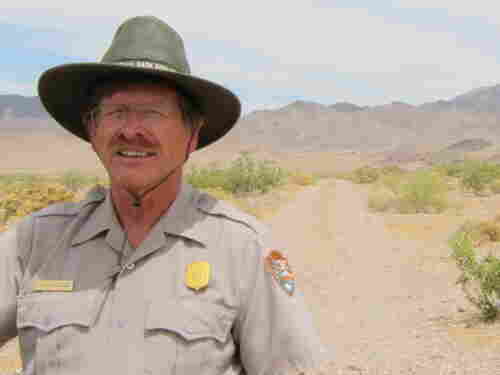 Death Valley Ranger Charlie Callagan has been working with GPS companies to update the road maps in the area, to prevent travelers from winding up on closed and abandoned roads. Krissy Clark hide caption 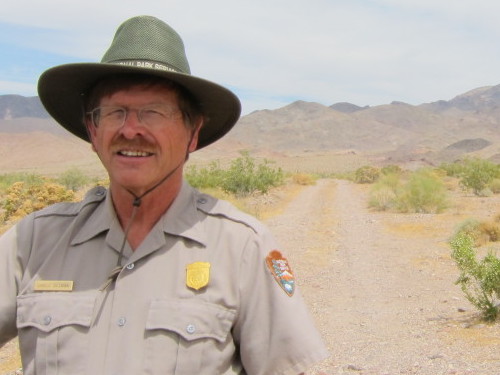 Death Valley Ranger Charlie Callagan has been working with GPS companies to update the road maps in the area, to prevent travelers from winding up on closed and abandoned roads.

Callagan wondered if part of the problem was that out here, GPS companies might be relying on old maps with roads that have long been closed.

To test his theory, he went online and checked if the road where the little boy died was on any of the maps used by major GPS companies, like Google Earth, Navteq or TomTom.

"This isn't right. Something needs to be done," Callagan says.

That's when he got in touch with Matt Rinaldi. He helps maintain road data for TomTom. Together, they combed through the company's maps and changed or deleted more than 150 roads in Death Valley.

Now Callagan is working to update maps for Navteq and Google Earth, too. But, he points out, at the root of these mishaps in the desert is something much older than GPS technology.

In 1849, Death Valley got its name when a wagon train from the east tried to find a shorter route to California, and got lost.

"Somebody had a map, and somebody said, this is a faster way to get to the gold fields," Callagan says. "Deep down back in the brain, the common sense says, you know, this is not the wisest thing."

A search and rescue helicopter found Cooper's family after three days of being lost. Everyone survived, except Nell, the GPS. But that's not what Cooper was calling her by then.

"Called her a few names," she says. "A couple four-letter words."

And yet, Cooper has not lost faith. She has a new GPS now, named Rosie.

"You have arrived," Rosie says.