Accessibility links
Teen Fights To Succeed In Rural S.C. Community Nearly a third of students in rural areas don't graduate. In states like South Carolina, lots of teenagers just don't think they need a high school diploma. Nick Dunn, 16, is at risk of joining the ranks of dropouts. School administrators say he lives under "chaotic conditions" at home. 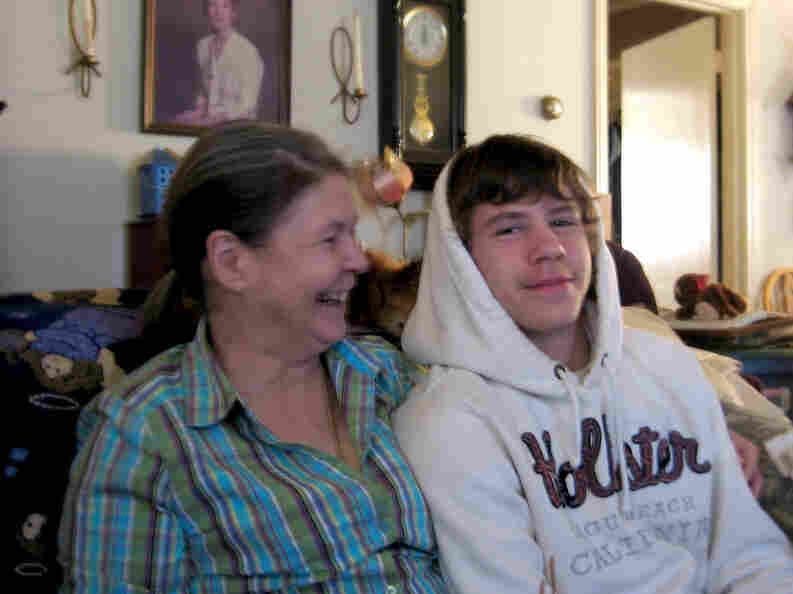 Nick Dunn, 16, gave up on school shortly after he lost his father. He lives with his mother, Deborah Gilmore Dunn, in rural South Carolina. Claudio Sanchez/NPR hide caption 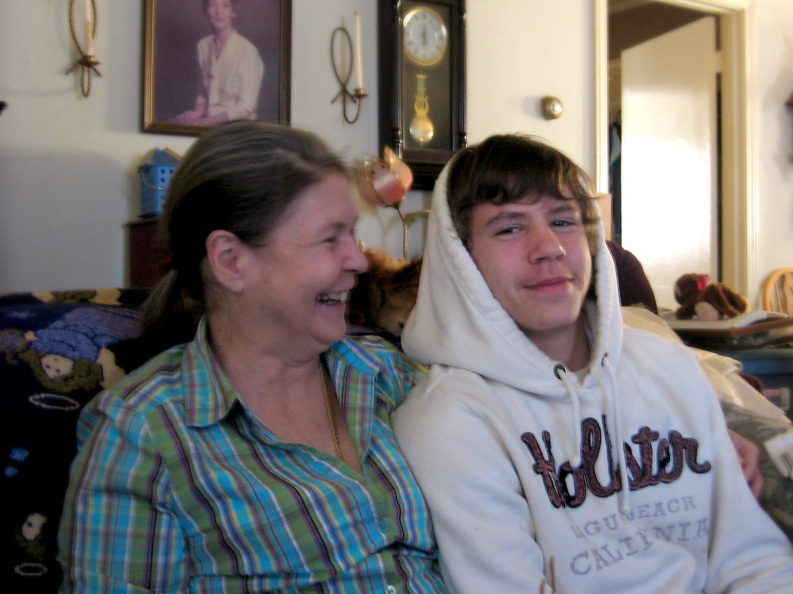 Nick Dunn, 16, gave up on school shortly after he lost his father. He lives with his mother, Deborah Gilmore Dunn, in rural South Carolina.

A fifth of the nation's public school students attend rural schools, but nearly a third of those kids don't graduate. In fact, many schools that researchers have labeled "dropout factories" are in rural communities. No state has more than South Carolina, which has 50. In this state, lots of teenagers just don't think they need a high school diploma.

Oconee County, S.C., sits on the far west fringes of the state, just a few miles from the Georgia border. This is where Nick Dunn was born, and where his father died in a car accident a day before Christmas. Nick was 11.

"When he died, everything went downhill," Nick says. "I didn't know my wrongs and rights. I was lazy. That's when my anger built. I was just 'Mr. Bad Person.' I mean, I really didn't care about anything, didn't do my work at all, thought about dropping out."

Just like his older brothers and sister, they all dropped out before reaching 10th grade.

Nick, 16, is the youngest in the family. When he enrolled at Seneca Middle School, he was the kid with the hair-trigger temper: always angry, ready to clobber anybody who looked at him the wrong way, muscular, built like a wrestler.

'A Lot Of Problems'

Nick was chronically absent. When he wasn't in school, he was getting high. Drugs were easy to get, he says.

"I ain't gonna name them, but I've done some. And I done some crimes and I faced a judge a couple of times. I don't really want to talk about that. But I had a lot of problems going on," he says.

This year, Nick was suspended twice for throwing a chair at another student and disrespecting teachers at Seneca High. Everybody in town seemed to hear about it, he says. In a community this small, people know who the bad kids are — the ones who just don't fit in.

"I know many friends that dropped out," he says. "Some stay home, do drugs. Some don't even live with their parents. Some moved out, left, ran away."

Oconee County school officials admit they don't know exactly how many kids disappear. But every year, Seneca Middle School Principal Al LeRoy gets a list with the names of incoming 7th-graders with a history of truancy and bad behavior.

"These young men were extremely angry, very disrespectful. They were absent a lot, and it was hard to track them — didn't know where they were," LeRoy says.

No Diploma, No Big Deal?

He says these kids had no interest in school. For a long time in this old railroad town, LeRoy says, dropping out of school didn't keep people from finding a job. In the local textile mills or in farming, these jobs were passed from one generation to the next. It was no big deal if you didn't have a high school diploma.

"The same argument is still pervasive in our school community," he says. "Our community struggles with that a good bit."

Nationally, South Carolina ranks near the bottom in high school graduation rates, partly because so many rural schools here have trouble hanging on to their students.

In Oconee County, 1 out of 4 9th-graders don't graduate. Schools Superintendent Mike Lucas says it was a lot worse when schools were legally segregated — not just by race, but by class.

"Within even the white culture, there was a mill culture and an affluent culture. What's different now is we have to educate every child," Lucas says.

If not, he says, one of three things happens. "They end up in prison, they end up on drugs or alcohol," he says.

And, they end up jobless. The unemployment rate in Oconee County is more than 10 percent. It's at least twice that for 18- to 24-year-olds. Lucas says kids are slowly realizing that without a high school diploma, their chances of getting a job that pays a living wage are zero.

But even if kids want to stay in school, some face huge hurdles at home. Nick didn't want an NPR reporter to visit his home, but his mother, Deborah Gilmore Dunn, was more welcoming.

Dunn, a petite, frail woman, answers the door with a tiny dog in her arms. Another six small, sickly dogs roam the house. The smell of urine hangs in the air. The courtroom scene from Philadelphia is playing on television, and there's clutter everywhere.

It's not hard to bump into furniture. Piles of clothes, ceramic statues and all kinds of wall clocks in disrepair take up most of the living room. Nick's mom has turned her home into a halfway house for down-and-out relatives and stray dogs.

Dunn says Nick is a good son — stubborn, but good. She says his troubles in middle school had little to do with problems at home, and everything to do with insensitive teachers.

"Nick would come home and he would tell me, he'd say, 'Momma, those teachers, they expect me to respect them, and they don't respect me at all,' " she says.

At Seneca Middle School, administrators say Dunn means well, but she's like many parents, who, for whatever reason, haven't provided a stable home.

Tammy Brock, one of Nick's former counselors, says lots of kids like Nick are living in "chaotic conditions."

"When I look at these children, they don't have a clue what it means to be on a regular schedule at home. And that's the difficult part, because they can't see beyond the next hour, much less into the future ... They're crippled by the fact they don't have any support at home. So, if we don't do it, who will do it?" she says.

A Future In Martial Arts?

If kids fall through the cracks, Brock says it's because rural school systems like Oconee County have only a fraction of the resources that urban and suburban districts have. When parents don't help it's almost impossible.

Although, in Nick's case, his mother's advice doesn't seem to matter to him. Despite her misgivings, Nick is fixated on becoming a professional mixed martial arts fighter.

Nick's room at home is piled high with all kinds of exercise gear.

Nick says if his father were alive, he would approve. But even if his mom is right and the martial arts plan doesn't work out, he's prepared.

"I got a plan C, D, E. I got welding, masonry, carpentry, maybe computers," he says.

Nick says there's nothing he can't do, with or without a high school diploma.