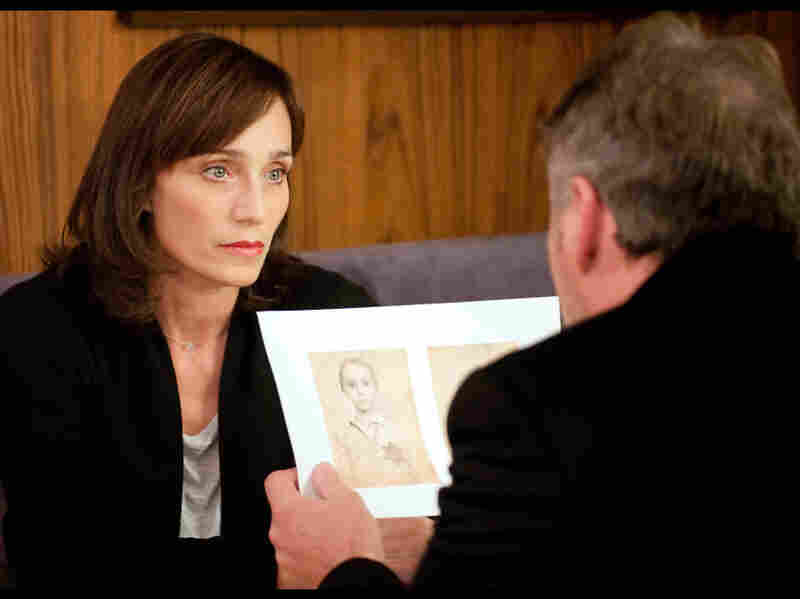 In Sarah's Key, American journalist Julia Jarmond (Kristin Scott Thomas) tries to find out what happened during World War II on the property where she recently moved with her husband. Julien Bonet/The Weinstein Company hide caption 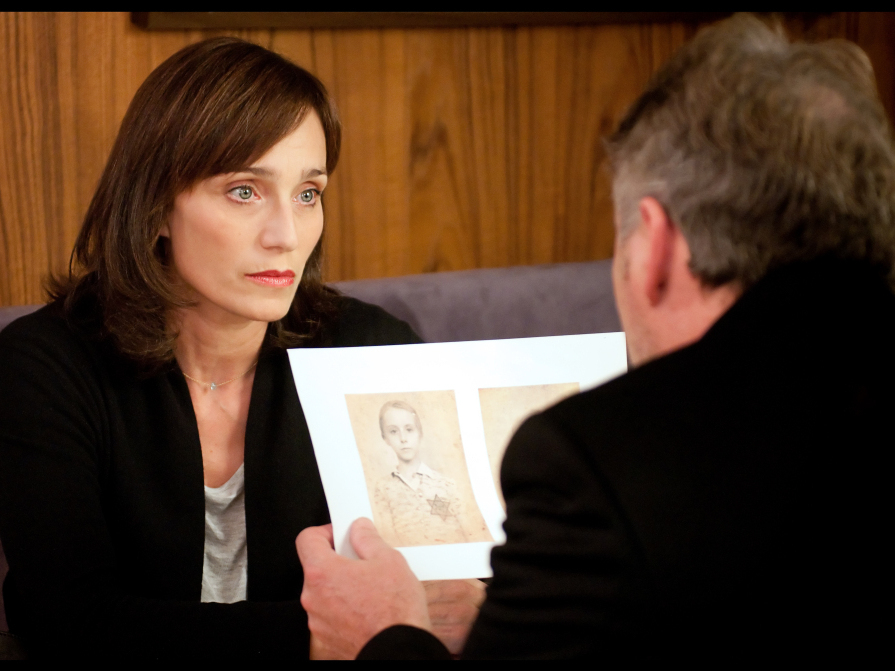 In Sarah's Key, American journalist Julia Jarmond (Kristin Scott Thomas) tries to find out what happened during World War II on the property where she recently moved with her husband.

In 1942, the French police rounded up thousands of Jews in a Nazi-approved raid called the Vel d'Hiv Raid. The Jews were taken to an indoor cycling arena, where they were held for a week without access to food or toilets, before they were eventually shipped to death camps.

The police who conducted the raid and the guards who prevented the Jews from leaving the cycling arena were all French citizens. It wasn't until 1995 that the president of France, Jacques Chirac, officially apologized for the role French policemen and civil servants played in the extermination.

"It's something the French have been extremely wary of talking about," actress Kristin Scott Thomas tells Fresh Air's Terry Gross. "It's been hidden away for a very, very long time."

Thomas stars in the new French drama Sarah's Key, a film exploring the lasting emotional and historical repercussions of the Vel d'Hiv Raid. She plays a journalist named Julia Jarmond who is investigating the former occupants of a newly inherited house. One of those occupants, she learns, was a Jewish girl named Sarah who tried to protect her little brother by hiding him in a cupboard during the raid. Jarmond starts to investigate what became of Sarah — and Sarah's brother — and unlocks deeper mysteries about the past and the present.

"Even though the focus [of the film] is on a very focused and precise period of French history, it's had its repercussions over the years, and this film talks about how history remains in our collective bloodstreams for a very, very long time," Thomas says. "That's why it's important to keep talking about these things."

In France, where Thomas lives, she says people frequently bring up the war — and what they were or were not doing during the Holocaust.

"It's definitely remained in the air, this idea of people who collaborated [with the Nazis] or didn't collaborate," she says. "And of course, now the people who are still alive and have been accused of that are beginning to die. During the time that I've been living in France, a great number of cases have been brought against people ... who are accused of doing terrible atrocities during the war."

Thomas' interest in the Holocaust also stems from her own family, she says. Her in-laws escaped the concentration camps as children by hiding in rural France.

"They both suffered the consequences of that — deep, deep psychological scars," she says. "[My mother-in-law] is now a psychoanalyst and she is part of a group of people who are concerned with keeping the memory alive of the children who were hidden during the war."

'I've Loved You So Long': In Extremis, Sisters Still

Thomas' mother-in-law belongs to a group of French citizens who campaign for plaques to be placed on buildings around Paris where children disappeared.

"So you'll see a plaque saying, 'On this day, seven children were taken from this school' and you'll walk 250 yards down the street and you'll see, 'On this day, three families were taken from this building,' " says Thomas. "It's quite shocking and a good reminder of how important it is to keep these things in our conscience and to not let them fade away so it never happens again."

Kristen Scott Thomas' other films include The English Patient, Four Weddings and a Funeral, Tell No One, and I've Loved You So Long, for which she received BAFTA and Golden Globe nominations. She has been made a chevalier of the Legion d'honneur by the French government.