Accessibility links
Mugabe Versus 'The White African,' Mike Campbell Mike Campbell farmed his land in Zimbabwe for decades, until President Robert Mugabe's government told him he couldn't own his land anymore — because he was white. In Mugabe and the White African, filmmakers Andrew Thompson and Lucy Bailey tell Campbell's story. 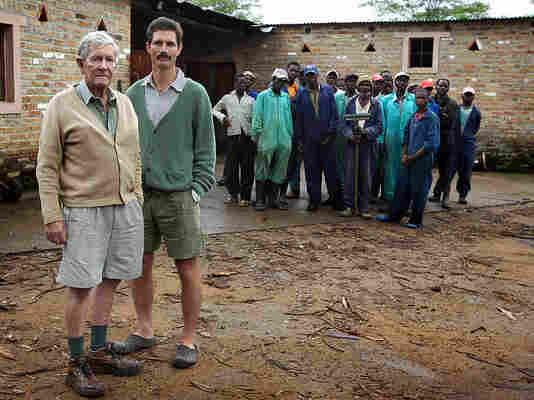 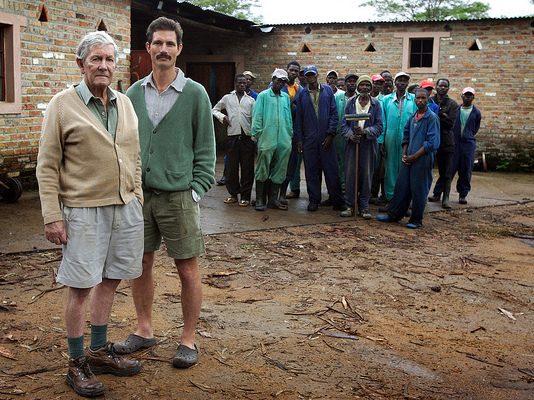 Mike Campbell bought his land in Zimbabwe after the country achieved majority rule in 1980. He's been farming it for decades, and employing hundreds of Zimbabweans in the process.

But then Robert Mugabe, Zimbabwe's president, said Campbell couldn't own his farm anymore; he was white, and the government was enforcing a policy of land redistribution from white farmers to the black majority.

In Mugabe and the White African, filmmakers Andrew Thompson and Lucy Bailey tell the story of what happened next, from violence to Campbell's lawsuit against the Mugabe government.

The filmmakers tell NPR's Neal Conan that they were not allowed to film openly.

"In 2008 it was an election year in Zimbabwe, and a complete press ban existed in the country at that time," Thompson says.

"We had to smuggle our equipment in and out of the country," Bailey adds. "We had to weld lenses into car doors and in jerrycans — we took quite a lot of risks."

'Mugabe And The White African' Fight For Farmland

The filmmakers contend that Zimbabwe's land reform policy is racist and destructive. They say Campbell acquired his farm legally under one set of laws, and that the government later changed the regulations.

"This is not legitimate land reform," Thompson says. "This is not about redistributing land to the poor, black, working majority, as it was initially set up to do."

"It was essentially a land grab," Bailey says. "Mugabe was taking the land, giving it to his cronies and political operatives, who then weren't farming it. They didn't know anything about farming."

Now, they say, a country that was once known as the breadbasket of southern Africa has turned into a disaster area suffering from rampant inflation.

Watch A Clip From 'Mugabe And The White African'

Watch A Clip From 'Mugabe And The White African'