The Peak Of Lusty Lit: 'Valley Of The Dolls'

The Peak Of Lusty Lit: 'Valley Of The Dolls' 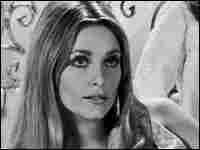 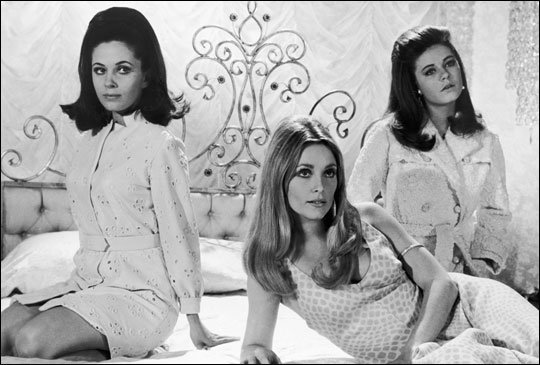 Valley Girls: Barbara Parkins, Sharon Tate and Patty Duke starred in the 1967 film adaptation of Valley of the Dolls. 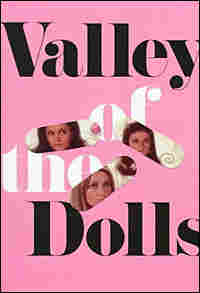 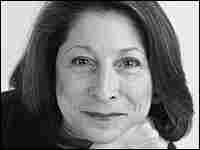 Nancy Bachrach is the author of The Center of the Universe, a memoir about her mother's recovery from "permanent and irreversible" brain damage. Nancy lives in a little town called Paradox. Her mother lived in Providence. Courtesy of Nancy Bachrach hide caption

Imagine this: You're on a plane before takeoff, spellbound by a book, when suddenly you realize that the woman sitting down next to you is your former English professor. And she's not just any English professor; she's the one who read Canterbury Tales aloud in class with an authentic Middle English accent.

What magnum opus would you like to be seen reading? Ulysses? Swann's Way? How about Jacqueline Susann's Valley of the Dolls? That's the guilty pleasure I was caught with.

Valley of the Dolls is a zipper-ripper that has been called trashy, tawdry, glitzy, lusty, sordid and seamy — and that's just the beginning of its appeal.

When it was first published in the 1960s, Time magazine branded it "the dirty book of the month." Susann was accused of "typing on a cash register," and Truman Capote called her "a truck driver in drag." She threw a drink at Johnny Carson, a punch at a critic and a chair at a wrestler, before jumping into the ring. All of it sold books.

The critic John Simon was apoplectic about her success. On television, he said he'd rather "see dogs fornicate" than read her story. He cited every literary misdemeanor in the book, and when the audience came to Susann's defense, Simon reminded them that he had a Ph.D. in comparative literature. And when that failed to impress them, he blew a gasket and had to be bleeped. This was book-gate.

While it's true that the novel is woefully short on style, character development, subtlety, complexity and phraseology — oh, does it have plot. And it doesn't hurt that the characters in the book are thinly veiled versions of Marilyn Monroe, Grace Kelly and Judy Garland.

Their goals are fame, fortune and men — not necessarily in that order — and they're in a rush, since Susann says a woman's looks fade irreversibly in her 20s, and the ones who marry for love age fastest. Meanwhile, the book's heroines fall from such great heights that they could have invented gravity. On their way down, they start popping pills, aka the "dolls" of the title.

Susann thought the 1960s would be remembered for three things: The Beatles, Andy Warhol and her. She may turn out to be right.

Back on the airplane, after the English professor settled in, she pulled Beowulf out of her briefcase, but not before I spied what was hiding under it — it looked like Valley of the Dolls to me. Thirty million readers share my guilty pleasure.

Excerpt: 'Valley Of The Dolls' By Jacqueline Susann

The temperature hit ninety degrees the day she arrived. New York was steaming - an angry concrete animal caught unawares in an unseasonable hot spell. But she didn't mind the heat or the littered midway called Times Square. She thought New York was the most exciting city in the world.

The girl at the employment agency smiled and said, "Aaah, you're a cinch. Even with no experience. All the good secretaries are away in those big-paying defense jobs. But honest, honey, if I had your looks I'd head straight for John Powers or Conover."

"Who are they?" Anne asked.

"They run the top modeling agencies in town. That's what I'd love to do, only I'm too short and not skinny enough. But you're just what they are looking for."

"I think I'd rather work in an office," Anne said.

"Okay, but I think you're crazy." She handed Anne several slips of paper. "Here, they're all good leads, but go to Henry Bellamy first. He's a big theatrical attorney. His secretary just married John Walsh." When Anne failed to react, the girl said, "Now don't tell me you never heard of John Walsh! He's won three Oscars and I just read he's gonna get Garbo out of retirement and direct her comeback picture."

"Now you get the idea of the setup and the kind of people you'll meet," the girl went on. "Bellamy and Bellows - a real great office. They handle all kind of big clients. And Myrna, the girl who married John Walsh, she couldn't touch you in the looks department. You'll grab a live one right away."

"Guy...maybe even a husband." The girl looked back at Anne's application. "Say, where did you say you're from? It is in America, isn't it?"

Anne smiled. "Lawrenceville. It's at the start of the Cape, about an hour from Boston by train. And if I had wanted a husband I could have stayed right there. In Lawrenceville everyone gets married as soon as they get out of school. I'd like to work for a while first."

"And you left such a place? Here everyone is looking for a husband. Including me! Maybe you could send me to this Lawrenceville with a letter of introduction."

"You mean you'd marry just anyone?" Anne was curious.

"Not anyone. Just anyone who'd give me a nice beaver coat, a part-time maid, and let me sleep till noon each day. The fellows I know not only expect me to keep my job, but at the same time I should look like Carole Landis in a negligee while I whip up a few gourmet dishes." When Anne laughed the girl said, "All right, you'll see. Wait till you get involved with some of the Romeos in this town. I bet you rush for the fastest train back to Lawrenceville. And on the way, don't forget to stop by and take me with you."

And somehow Lawrenceville had pursued her to Radcliffe. Oh, there were girls who laughed and shed tears and gossiped and enjoyed the "highs" and "lows" of life. But they never invited her into their world. It was as if she wore a large sign that said, Stay Away. Cold, Reserved New England Type. More and more she retreated into books, and even there she found a pattern repeated: it seemed that virtually every writer she encountered had fled the city of his birth. Hemingway alternated between Europe, Cuba and Bimini. Poor bewildered, talented Fitzgerald had also lived abroad. And even the red, lumpy-looking Sinclair Lewis had found romance and excitement in Europe.

She would escape from Lawrenceville! It was as simple as that. She made the decision in her senior year at college and announced it to her mother and Aunt Amy during her Easter vacation.

"That's a dreadful place for a vacation."

"I intend to live there."

"Have you discussed this with Willie Henderson?"

"Well, you've kept company since you both were sixteen. Everybody naturally assumes..."

"That's just it. In Lawrenceville everything is assumed."

"Anne, you are raising your voice," her mother said calmly.

"Willie Henderson is a fine boy. I went to school with his daddy and mother."

"No man can be loved." This from Aunt Amy.

"Didn't you love Daddy, Mama?" It wasn't a question. It was almost an accusation.

"Of course I loved him." Her mother's voice bristled. "But what Aunt Amy means is...well...men are different. They don't think or react like women. Now take your father. He was an extremely difficult man to understand. He was impulsive, and he enjoyed his drink. If he had been married to anyone but me he might have had a bad end."

"Of course not. There was Prohibition, and I never kept a drop in the house. I broke him of the habit before it could take hold. Oh, he had a lot of wild ways in the beginning - his grandmother was French, you know."

"There was nothing crazy about Daddy!" Suddenly Anne wished she had known him better. It seemed so long ago...the day she had reeled forward, right here in the kitchen. She had been twelve. He never said a word, just slumped quietly to the floor and quietly died, before the doctor even reached the house.

"You're right, Anne. There was nothing crazy about your father. He was a man, but he was a good man. Don't forget, Amy, his mother was a Bannister. Elle Bannister went all through school with our mama."

"But Mama, didn't you ever really love Daddy? I mean, when a man you love takes you in his arms and kisses you, it should be wonderful, shouldn't it? Wasn't it ever wonderful with Daddy?"

"Anne! How dare you ask your mother such a thing?" said Aunt Amy.

"Unfortunately, kissing isn't all a man expects after marriage," her mother said stiffly. Then, cautiously, "Have you ever kissed Willie Henderson?"

"And did you enjoy it?" her mother asked.

"I hated it." His lips had been soft - almost slimy - and his breath had smelled sour.

"Did you ever kiss any other boy?"

Anne shrugged. "Oh, a few years back, when Willie and I first started dating, at parties we'd play Spin the Bottle. I guess I got around to kissing most of the boys in town, and as I recall, each kiss was as repulsive as another." She smiled. "Mother, I don't think we have one decent kisser in all of Lawrenceville."

Her mother's good humor returned. "You're a lady, Anne. That's why you don't like kissing. No lady does."

Her mother shrugged. "Anne, you have five thousand dollars. Your father left that specifically for you to use as you wished. When I go, there will be a good deal more. We're not rich, not like the Hendersons, but we're comfortable and our family stands for something in Lawrenceville. I want to feel that you'll come back and settle in this house. My mother was born here. Of course Willie Henderson may want to add a wing - there's plenty of ground - but at least it will be our house.

"There is no such thing as love, the way you talk about it. You'll only find that kind of love in cheap movies and novels. Love is companionship, having friends in common, the same interests. Sex is the connotation you're placing on love, and let me tell you, young lady, that if and when it does exist, it dies very quickly after marriage - or as soon as the girl learns what it's all about. But go to your New York. I won't stand in your way. I'm sure Willie will wait. But mark my words, Anne, after a few weeks you'll come running home – you'll be glad to leave that dirty city."