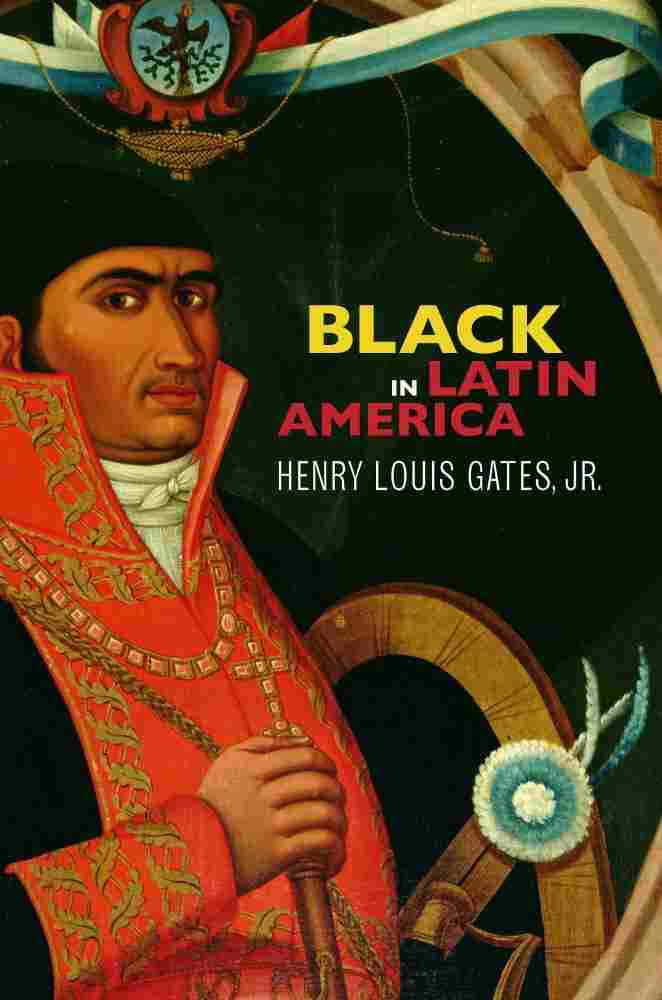 Between 1502 and 1866, 11.2 million Africans disembarked from slave ships in the New World during the Middle Passage. Of those 11.2 million people, only 450,000 came to the United States. The rest of the African slaves who survived the journey were taken to the Caribbean, Latin America and South America.

"Brazil got 4.8 million slaves alone," says historian Henry Louis Gates Jr. "When I was growing up, I thought to talk about the slave trade was to talk about the experiences of our ancestors here in the United States. But it turns out that the real 'African-American experience' — judging by numbers alone — unfolded south of our borders."

That world, says Gates, is the one he wanted to explore in Black in Latin America, a book and four-part documentary series airing on PBS, which traces the cultural history and the lasting impact of the millions of slaves who arrived in Brazil, Cuba, the Dominican Republic, Haiti, Mexico and Peru.

"The average American — and even the average academic and the average journalist — has no idea of the huge number of black people who landed south of the United States over the course of the slave trade," he tells Fresh Air's Terry Gross.

A Spectrum Of Race

The descendents of slaves brought to Latin and South America, says Gates, don't identify as white or black the way many Americans do. In Brazil, there are 134 categories of blackness to describe someone of African descent.

"[They say], 'I'm not black. I'm murano [or] I'm kubuku,' he says. "You could say that these societies have refused to be locked into this ridiculous binary opposition between black and white the way we are here in America, and they've socially constructed race or ethnicity in a more subtle way than we could ever imagine."

In each of the countries Gates examined, there were also policies enacted to "whiten" the complexion of the country soon after receiving an influx of slaves. In Brazil for instance, 4 million white Europeans and 185,000 Japanese immigrants were allowed into the country between 1884 and 1939. Cuba and Mexico also had similar policies in place. 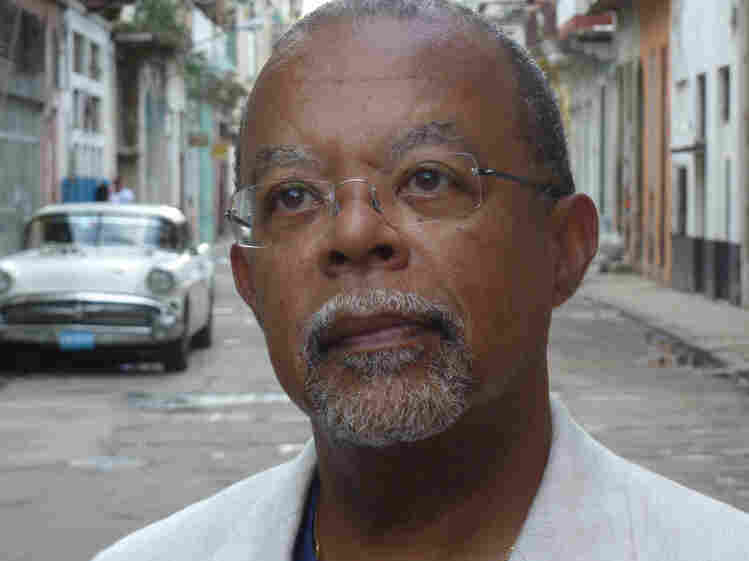 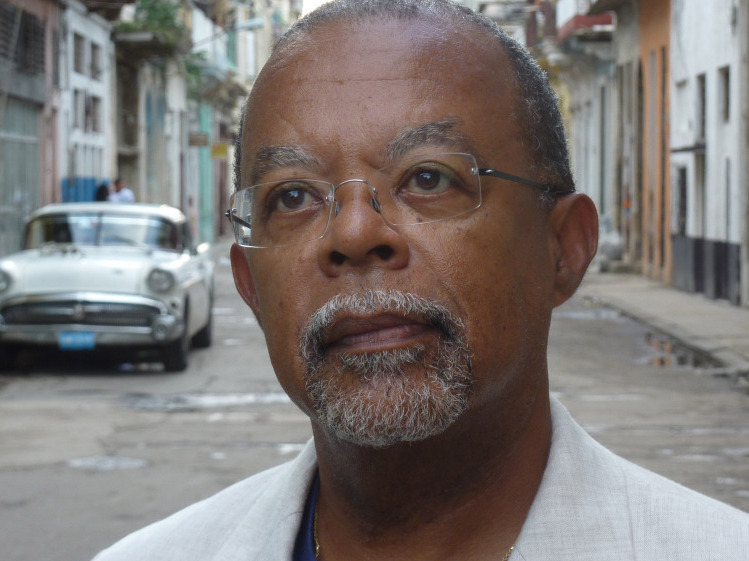 Henry Louis Gates Jr., is the director of the W. E. B. Du Bois Institute for African and African American Research and the Alphonse Fletcher University Professor at Harvard University.

"They were trying to do two things," says Gates. "They wanted to bring in white families so that the white population would increase. But they also assumed, because so many of these indentured immigrants would be men, that interracial sexual liaisons would ensue — and indeed they did. So whitening was to be achieved in two ways — through white people marrying white people — and a browning movement, when a series of racial gradations would be created through interracial sexuality."

In many countries in Latin America, says Gates, race is no longer recorded as part of the census.

"But there's a slight problem with that," he says. "If because of historical reasons, the people who are disproportionately discriminated against happen to be that group of people with dark skin, kinky hair and thick lips, how do you count them if you don't have a census category?"

In both Mexico and Peru, political activists are fighting for the right to have race reintroduced in the federal census.

"Until that's done, political activists can't argue for affirmative action or more equal opportunity because they have no statistics," says Gates. "A great academic told me that he went to the government to complain about the lack of blacks in higher education, and he was told, 'We don't have racism because we don't have races.' And if you can't count the race, then you can't have racism. And that is the pernicious argument that they're trying to fight with this movement to expand the categories on the federal census."

The 'Splintering' Of America's Black Population

On self-identification in Latin America

"My favorite country to explore this question was the Dominican Republic. In the Dominican Republic, I spent two weeks asking people who would definitely be called black in [the United States] how they would describe themselves. And to a woman or a man, they each described themselves as 'indio,' though overwhelmingly, the mitochondrial DNA goes straight back to Africa. ... But when I asked 'Who's black? Who's negro?' they said, 'Oh, the Haitians. The Haitians are the negroes. We don't have any of them here.'"

On traveling to Latin America as an African-American man

"I did an experiment in each of the countries. I would wander through the marketplace with just one camera behind me and I would say, 'Tell me what color I am.' And Terry, I was every color from the blackest black to the lightest category of mulatto-ness that that society has conceived.'"

"Judging from other people in my social class, which would have been working class, we never would have been having this interview. I never would have gotten into Yale because I was part of the affirmative action generation. The class that graduated in 1966 had six black men. The class that entered with me in September of 1969 had 96 black men and women. Was there a genetic blip in the race that all of a sudden there were 90 smart black people? Of course not. Barack Obama: Would he have gotten into Columbia and Harvard Law School without affirmative action? I doubt it, though he's a brilliant man. There were just strict racial quotas in white colleges [concerning] the number of us who could matriculate there, and generally you had to be a rich kid or the child of a doctor, lawyer or politician, and that would have excluded me. ...

"So if you consider that and then drop us into Brazil or Peru or Haiti, I would not be a professor at Harvard, and I would not be making films for PBS, and I wouldn't have written any of the books that I've written. Race was a tremendous obstacle and is a tremendous obstacle in each of these countries. I would say 'fleeing blackness' was a consistent theme that I saw. It's like what my father used to say: 'If you're white, you're all right; if you're black, get back; if you're brown, stick around.' That simple little phrase [shows] through each of these countries and now, because of scholars — white, black and brown — retrieving the history of black culture in these countries ... and because of conscious policies starting to trickle down from various aspects of government in these societies, it's beginning to change."

On tracing his DNA and genealogy

"For me, the most shocking and astonishing thing that's been revealed was my admixture — your admixture is your percentage of African ancestry, Native American ancestry and European ancestry. And ... [I learned that] I, the director of the W.E.B. DuBois Institute for African and African-American Research, was half a white man. That my admixture was almost 50/50 African and European. It was quite an astonishing moment for me. I had no idea. ... I thought it was cool.

"What I love about our use of DNA in the PBS series is that it explodes the notions of racial purity. No black person that we have tested is 100 percent African, no matter how dark they are. ... So that means that no matter what the laws were in the daytime, when the lights came down, everybody was sleeping with everybody else. I don't mean to belie the horrendous tradition of brutality and rape and coercion that that figure suggests, but also we found there were willing relationships."

Read an excerpt of Black in Latin America