Accessibility links
When Owens Beat Hitler, And The Olympics Changed It's the diamond anniversary of the 1936 Summer Olympic Games. Commentator Frank Deford looks back on what made the Berlin Olympics so memorable. 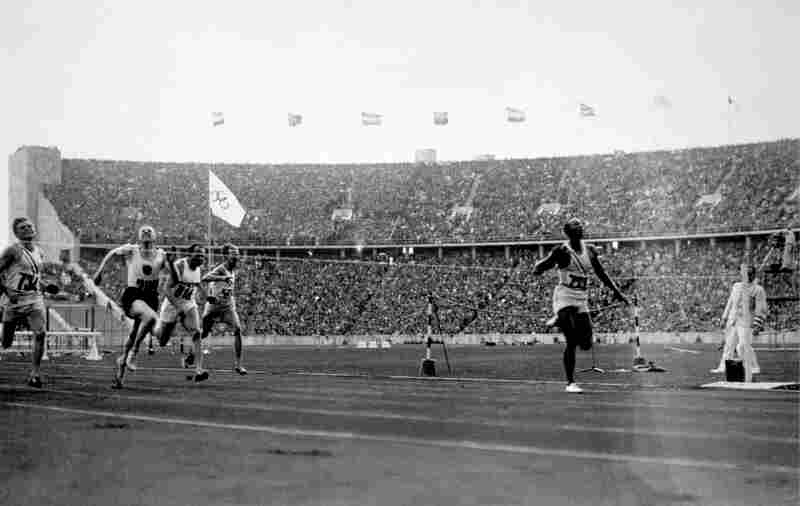 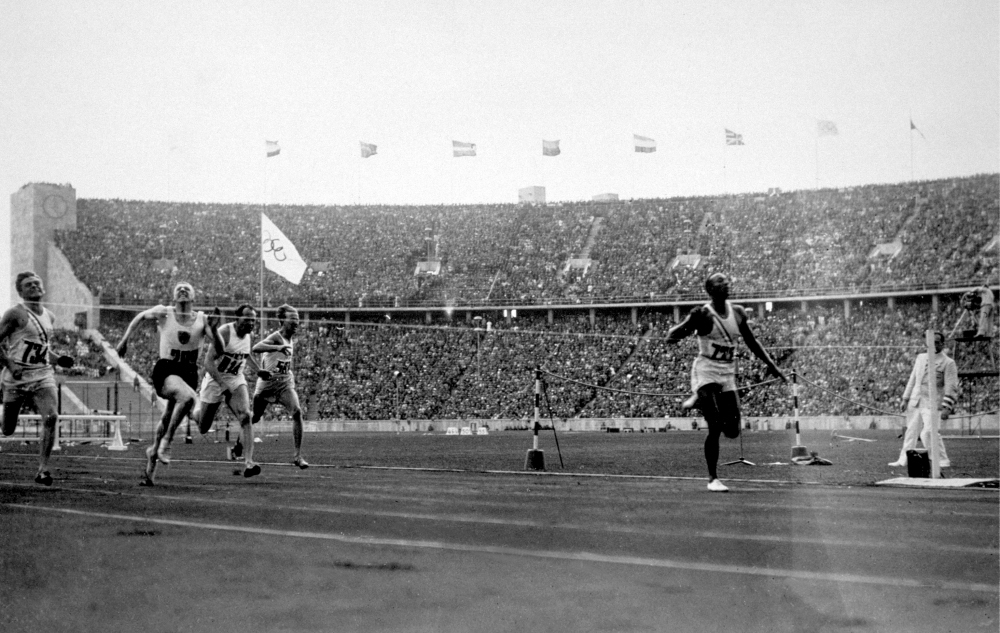 Jesse Owens crosses the finish line in Berlin to win the 100-meter sprint, one of four events in which Owens won gold medals at the 1936 Olympics.

While of course nothing can approach the horror of the terrorist murders at the 1972 Olympics, it is now the 75th anniversary of what were surely the most fascinating and historically influential Games –– those in Berlin that began at this very time in the summer of '36. It was novelty, and glory, and evil — all in athletic conjunction as never before or since.

Everything was out of joint. The U.S. team left a continent, here, that much like this summer, was steaming in as torrid a heat wave as we'd ever known, and arrived in Berlin in weather so unnaturally cool the Germans called it "April in August."

But then, even before the Opening Ceremonies, there was controversy, as America's premier female athlete, the beautiful swimmer Eleanor Holm, was summarily thrown off the team, allegedly for misbehaving on the ship over.

The '36 Games themselves are primarily remembered for Adolf Hitler being embarrassed by the success of Jesse Owens and several other of our African-American track stars, even if they still were dismissed by many Europeans –– and not just Nazis –– as our "Ethiopian or black auxiliary."

Worse, near the end of the track competition, two Jewish-American sprinters, Marty Glickman and Sam Stoller, were kept out of the relay finals by our own team's decision, so that our anti-Semitic hosts would not be upset.

But notwithstanding, there was no great hue and cry. Jesse Owens, remember, had trouble finding a good job back home.

Rather, the '36 Olympics were celebrated worldwide as a German triumph. Hitler, who had no interest in sport, originally had to be convinced not to give them up. But then the Nazis dolled up Berlin, tucking away much of the visible signs of hate, and made far more of a glorious spectacle of the Games than had ever been seen before. The torch relay, for best example, was no ancient Greek rite; the Nazis dreamed that up out of whole cloth.

The German team won the most medals. Visitors were charmed by Berlin and the Nazi achievements. The general consensus was, 'Well, those fellows can't be all that bad.'

And the closing ceremony –– the last memory sports fans took away –– was the culmination of the ripest Nazi symbolism, like some great pagan festival: flags and sabres; Beethoven; searchlights playing across the heavens; 52 tall blondes dressed all in white, representing the Olympic nations, marching like vestal virgins.

And then, at last, the '36 Olympics closed, the stadium silent until, spontaneously, the 120,000 people began to chant, "Sieg heil, sieg heil," their right arms outstretched.

It was, from all accounts, mesmerizing. The '36 Olympics had done their job. After that, it was the deluge.

And after that, too, the Games would never be the same. Like it or not, it was the Nazis, 75 years ago this summer, who bequeathed the glitzy modern Olympics to the world.