Accessibility links
Weekly Standard: Choosy Republicans Choose Obama? As another showdown of the great debt debate approaches, there is speculation that some GOP House members won't be siding with John Boehner's plan. The Weekly Standard's William Kristol believes that if Republicans vote against Boehner's plan, they're really voting for Democrats. 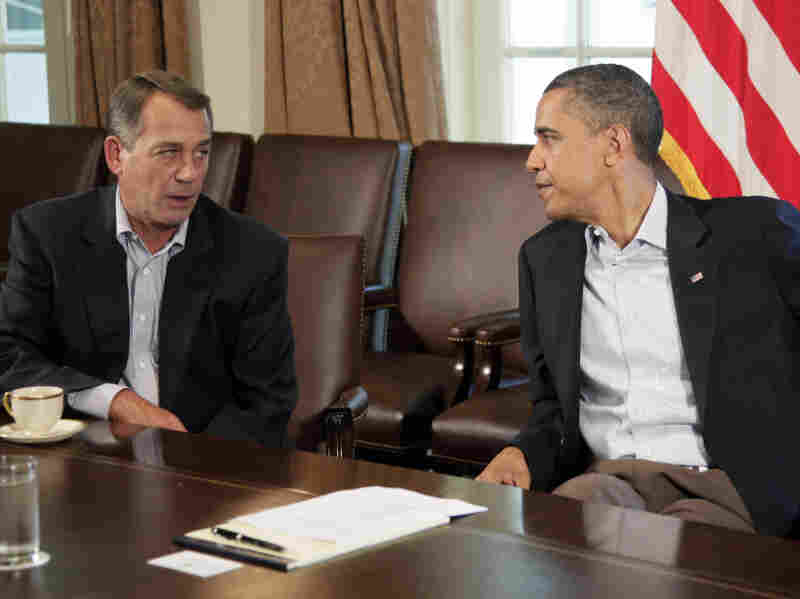 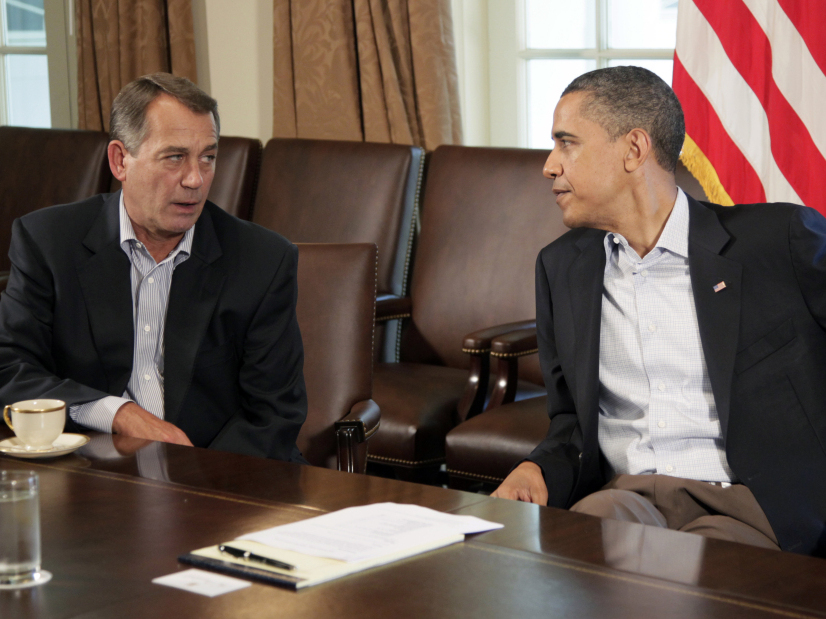 William Kristol is editor of The Weekly Standard.

Read Another Take On Reducing The Debt.

Unfair! — these fine groups and senators will say. We're not siding with Obama. We just want Boehner to do more, to go further.

Very well, then. Can the pro-Obama right explain how defeat for Boehner on the House floor would redound to conservatives' benefit, to their ability to do more and to go further?

They can't. Read their statements (here, here, and here). They don't even pretend to explain how defeating Boehner would produce a better policy or political result for conservatives — in the near or medium or long term. Because they can't explain how defeat will produce victory. Defeat will produce ... defeat. There is no path to a better conservative outcome that follows from Boehner going down on the House floor this week.

This isn't some bad bipartisan establishment deal of the sort conservatives have sometimes opposed in the past. Then conservatives were opposing Democrats as well as Republicans, and could plausibly explain why doing so was in conservative interests. Now, Heritage Action and the Club for Growth are siding with and strengthening Barack Obama and Nancy Pelosi and Harry Reid. They're working to produce a policy and political defeat for John Boehner and Eric Cantor and Paul Ryan and the Republican majority in the House. This isn't principled conservatism. This is self-indulgence masquerading as principle, sectarianism masquerading as conservatism.

Don't get me wrong. The Boehner bill isn't great. But it does check Obama's spending for the remainder of his first term. And it lays the groundwork for denying him a second. Success for Boehner now — whatever mistakes he and others have made in recent weeks and months — makes more likely the defeat of Obama in 2012. This in turn will make possible the repeal of Obamacare and fundamental conservative budget and policy reforms with a new president in 2013.

When wavering House Republicans think the current situation through, they won't choose to join the pro-Obama right. They'll choose to stand with John Boehner against Barack Obama. Because victory over Obama is no vice. And losing to Obama is no virtue.