Accessibility links
The Nation: Florida's Infamous Other Fruit When we think "Florida" and "fruit" we usually think orange, but some people are only seeing red. The Nation's Jon Wiener takes a look at the secret fruit at the center of a human rights controversy: the tomato.

The Nation: Florida's Infamous Other Fruit

The Nation: Florida's Infamous Other Fruit 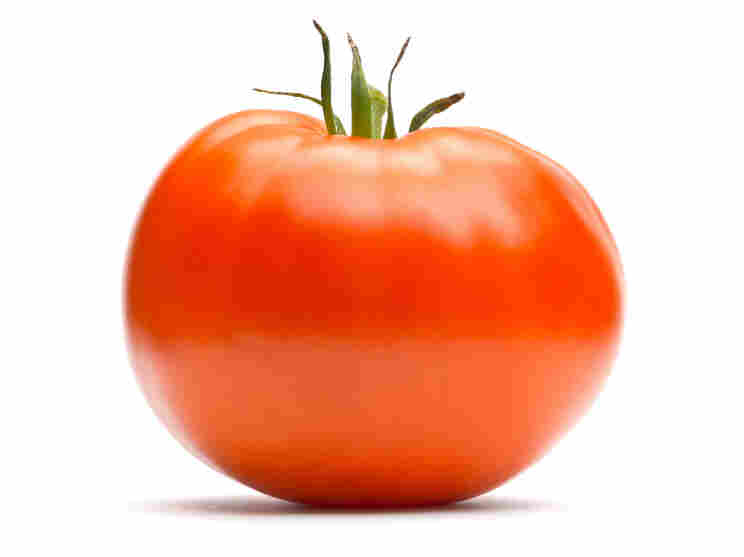 South Florida grows most of the tomatoes used in food service and sold in grocery stores. Wim Lanclus/iStockphoto.com hide caption 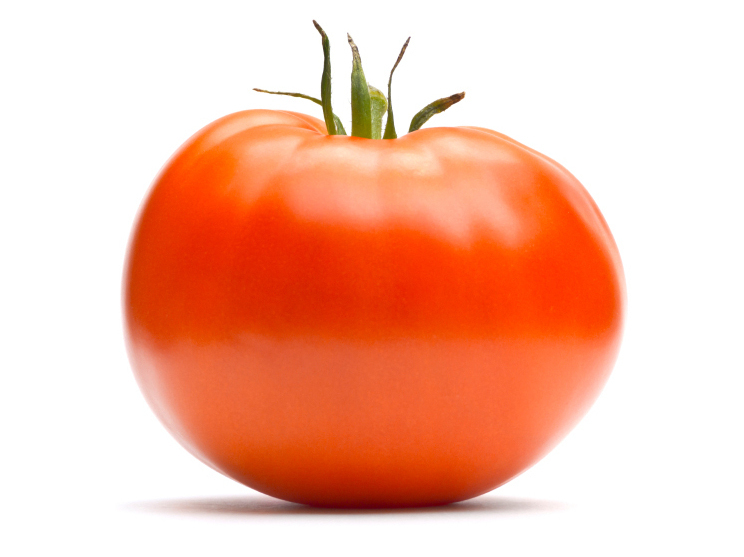 South Florida grows most of the tomatoes used in food service and sold in grocery stores.

Jon Wiener is a contributing editor for The Nation.

The tomato is in trouble. The tomatoes in Big Macs and Taco Bell tacos and in supermarkets, especially in the winter, all come from the same place: South Florida. "Tomatoland," Barry Estabrook calls it – that's the title of his new book. Those tomato fields are "ground zero for modern-day slavery" – that's what the Chief Assistant US Attorney there says. And there's one other problem: those tomatoes taste like cardboard.

Tomato plants don't like it in southern Florida. "From a purely botanical and horticultural perspective," Estabrook says, "you would have to be an idiot" to try to grow tomatoes commercially in southern Florida. The soil, Mark Bittman writes, is like "a lousy beach," sandy and poor in nutrients. The humid climate provides breeding ground for voracious insect pests.

It takes a lot to grow a tomato in the sand of South Florida: tons of pesticides, herbicides, and chemical fertilizers. Florida, Estabrook reports, uses about eight times as many chemicals per acre on tomatoes as California.

Pesticides and herbicides are bad for the environment, and also for the tomato workers. But they aren't the workers' biggest problem. "If you have ever eaten a tomato during the winter months," Estabrook writes, "you have eaten a fruit picked by a slave." The chief assistant US Attorney in Fort Myers, Douglas Molloy, says that's not just a metaphor; "that is a fact." He has "six to twelve slavery cases" in the tomato industry at any given time. In recent years, more than a thousand slaves have been freed there. Undoubtedly there are many more who haven't.

The pay is miserable. When two growers offered to pay workers a penny a pound more, the Florida Tomato Growers Exchange told them they couldn't do it; if they did, they would be fined $100,000. The workers live in squalid trailers with faulty plumbing. Child labor and other abuses are rampant.

Yet from October to June, virtually all the field-grown tomatoes in supermarkets come from Florida. One billion pounds of tomatoes. They are picked when they are green; the only reason they are red in the stores is that they've been gassed with ethylene, which changes their color.

And there's that other problem with tomatoes grown in Southern Florida: they have no flavor. They are bred to be indestructible. Estabrook saw tomatoes falling off a truck going 60 mph; when he stopped to examine the tomatoes that hit the road, he says, they "looked smooth and unblemished. Not one was smashed."

But the tomato workers have a wonderful grassroots group or organizers and activists fighting the growers: the Coalition of Immokalee Workers (CIW) ("Immokalee" rhymes with "broccoli") and their Campaign for Fair Food. The campaign has had some huge victories. Four years of protests against Taco Bell culminated in 2005 with the company agreeing to meet all the demands of the Campaign, starting with better pay: the percentage of the retail price that now goes to the workers has nearly doubled. Also, an enforceable Code of Conduct has been established, and the CIW is part of the investigative body that monitors worker complaints.

McDonald's signed an even better agreement in 2007, and Burger King followed in 2008. So did Sodexo, which runs dining halls at hundreds of schools and colleges. All have promised not to deal with growers who tolerate serious worker abuses, and to a pay a price for their tomatoes that supports a living wage.

This year the campaign is taking on the supermarkets. Whole Foods is the only one thus far to join. Trader Joe's has refused, and the Campaign for Fair Food has made them the target of nationwide demonstrations this summer. The Trader Joe's Truth Tour just finished up in California, and is now heading east, Next come protests at Trader Joe's in Washington, DC, Baltimore, Philadelphia, and New York City. Those demonstrations start Tuesday, August 2nd: info HERE.

Also targeted: Stop & Shop, Giant, and Kroger, which next to Wal-Mart is the biggest food retailer in the country (and owns Ralph's in California). The campaign has model letters to send or deliver to these stores HERE.

The Campaign's Fair Code of Conduct includes informational sessions for workers. Estabrook reports at his website that he went to one recently in Immokalee, along with 50 migrant laborers: "I learned that I had a right to earn a minimum wage of $7.25 an hour, and could take regular breaks in a shady area provided by the farm, including a lunch break. . . . . For some of my work, I would get an extra penny per pound for the tomatoes I picked—which amounted to a 50-percent raise. I was informed that sexual harassment would not be tolerated. And finally I received a card with the number of a 24-hour confidential help line." None of this happened before the Coalition's recent victories.

As for the Florida tomato, it's possible that modern science will someday come up with a new breed that not only can be transported long distances but actually tastes good. In the meantime, it's tomato time at local farmers' markets everywhere, and also in the backyards of those wise enough to have planted their own tomatoes a few months ago.