Accessibility links
The Nation: Murdoch Cut Down To Size After years of being a powerful figure in the media world, Rupert Murdoch is no longer untouchable. The Nation's Katrina vanden Heuvel thinks it's about time that the man who pushed the lines of media law take a step back.

The Nation: Murdoch Cut Down To Size

The Nation: Murdoch Cut Down To Size 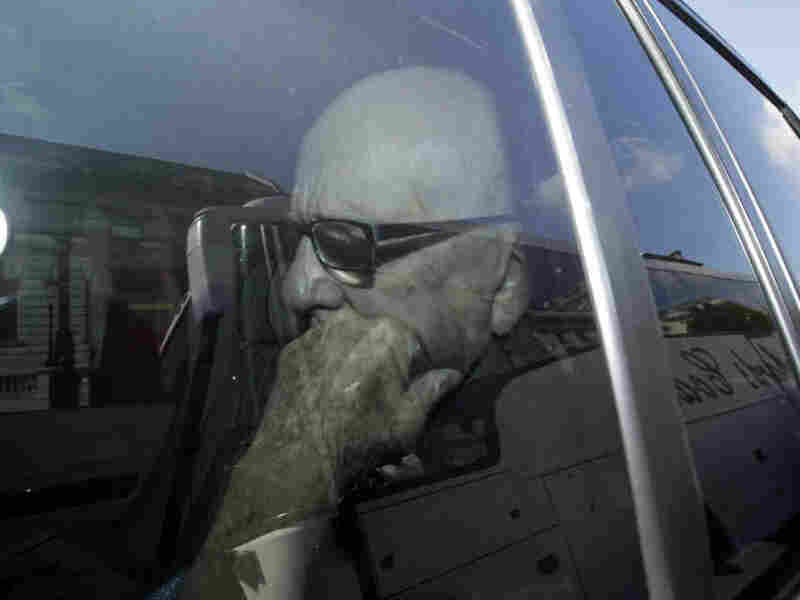 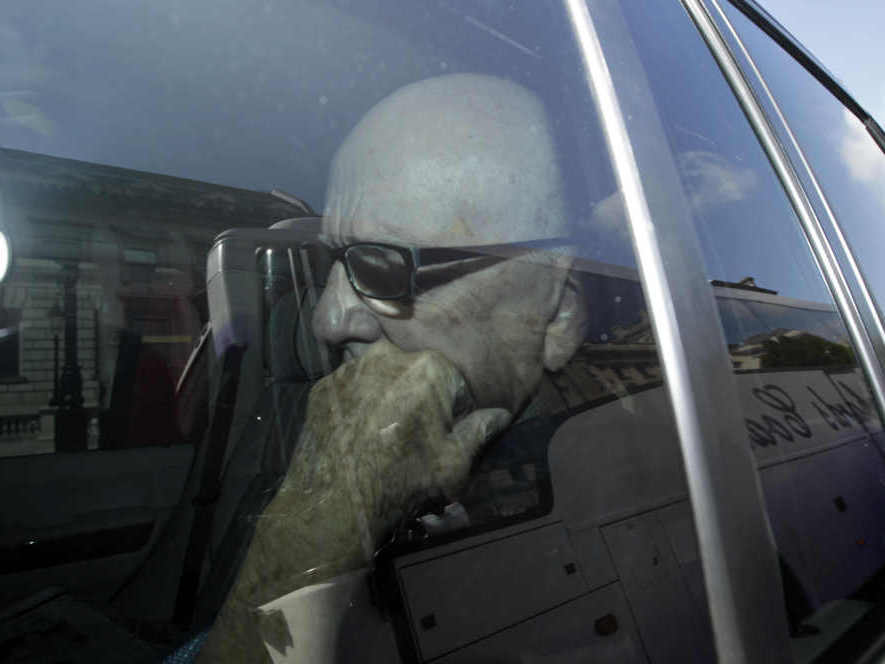 Media mogul Rupert Murdoch is driven along Whitehall in central London, Tuesday, July 19, 2011. Murdoch and his son James Murdoch were questioned by a parliamentary committee of British lawmakers Tuesday over the phone hacking scandal.

Katrina vanden Heuvel editor and publisher of The Nation. She writes a weekly column for the Nation and the Washington Post.

"We are sorry" read the full-page ads Rupert Murdoch's News Corp. has taken out in Britain, part of a new atonement campaign clearly orchestrated by the public relations firm brought on to help "manage" the company's phone-hacking crisis.

Well, they got that right. "Sorry" is as good an adjective as any to describe the Murdoch media empire. It's a buccaneer enterprise that is scornful of laws and decency and that peddles, as Murdoch's biographer William Shawcross summarized, "titillation, sensationalism and vulgarity" to gain broad audiences, then uses gossip, tripe, manufactured stories and a distorted lens to further a right-wing ideological agenda. "Sorry' is also a good description of regulators and politicians on both sides of the aisle and the ocean, who were seduced by Murdoch's money, feared his power and served as lapdogs rather than watchdogs as he consolidated and expanded his holdings.

In Britain, the scandal erupted with revelations of the hacking of a murdered young girl's cellphone by the News of the World newspaper, giving her parents false hopes that she might still be alive. The ensuing exposure of routine hacking of the phones of reportedly 4,000 victims, as well as routine payoffs and bribery of police officials for inside information, has now shattered News Corp.'s cover story that this was the work of a rogue journalist or editor, or bent policeman.

The head of Scotland Yard and his deputy have resigned, and ten people have been arrested so far, including Rebekah Brooks, the head of News International, a British susidiary of News Corp., and Andy Coulson, a former News of the World editor who served as Tory Prime Minister David Cameron's chief press aide. Les Hinton, who ran News International before Brooks, has resigned as the head of Dow Jones and publisher of the Wall Street Journal. As Mark Lewis, lawyer for the family of Milly Dowler, the murdered young girl, said, "This is not just about one individual but about the culture of an organization." Sorry, indeed.

Nor are the sleaze, scandals and corruption unique to Great Britain. In consolidating his media holdings in the United States, Murdoch is famed for cutting corners and using money and power to gain regulatory favors. As The Nation's Robert Sherrill wrote in 1995, " F.C.C. Commissioners do not like to displease Murdoch. They have done a number of extraordinary favors for him in the past." Over the past decade, as media reform groups battled to prevent FCC and Congressional moves to undermine controls on media consolidation, Murdoch and his lobbyists have been a constant, well-funded presence — pushing to rewrite media ownership rules so that one corporation, and one man, accumulated extraordinary power.

You read the full text of this essay here.