Accessibility links
Nuclear Waste Piles Up As Repository Plan Falters With plans for the Yucca Mountain nuclear waste repository scrapped, the United States has no central facility to permanently store used-up nuclear fuel from reactors. In the meantime, utilities around the country are stuck with some 65,000 tons of nuclear waste. 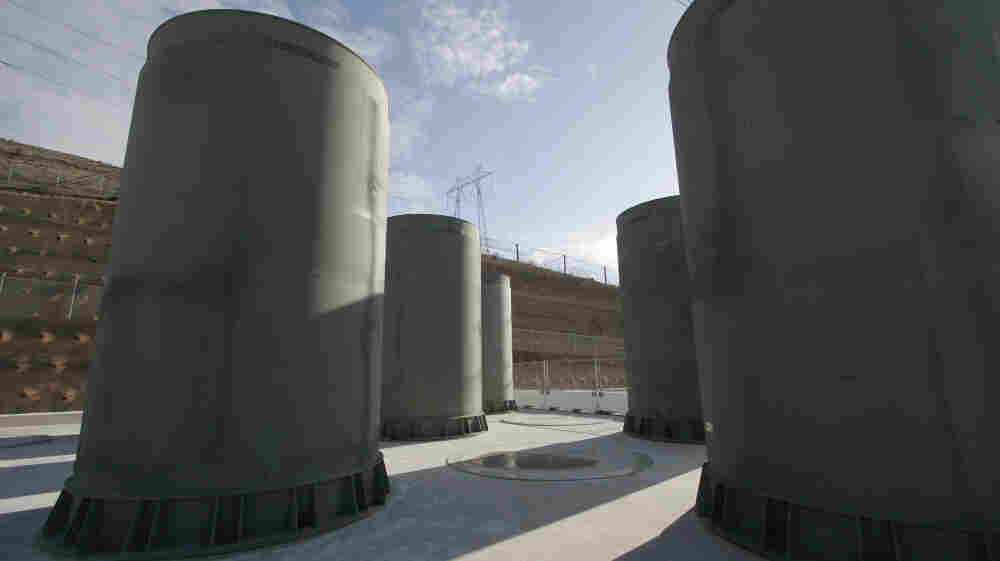 Above-ground casks at the Diablo Canyon nuclear power plant store some of the utility's nuclear fuel. Because of a lack of a central repository, nuclear waste is piling up at individual reactor sites across the United States. Michael Mariant/AP hide caption

Second in a two-part series about the long-term storage of nuclear waste. Read Part 1 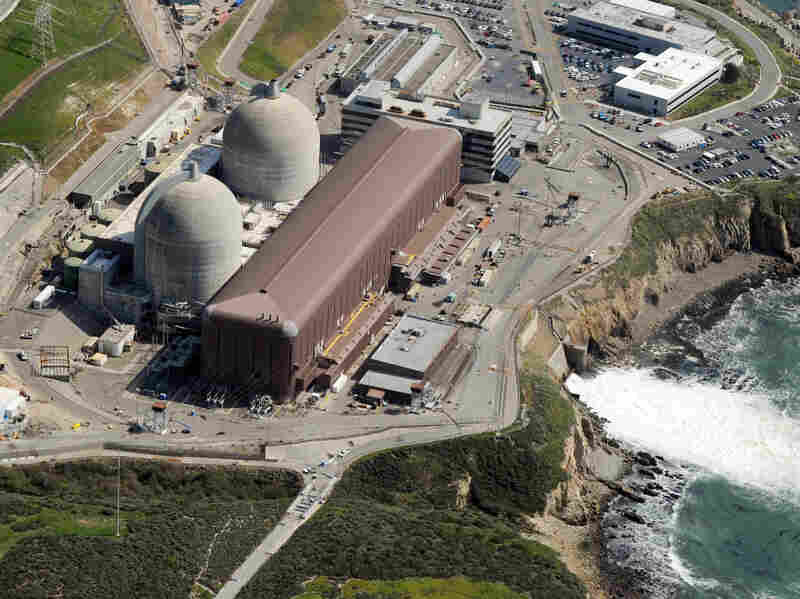 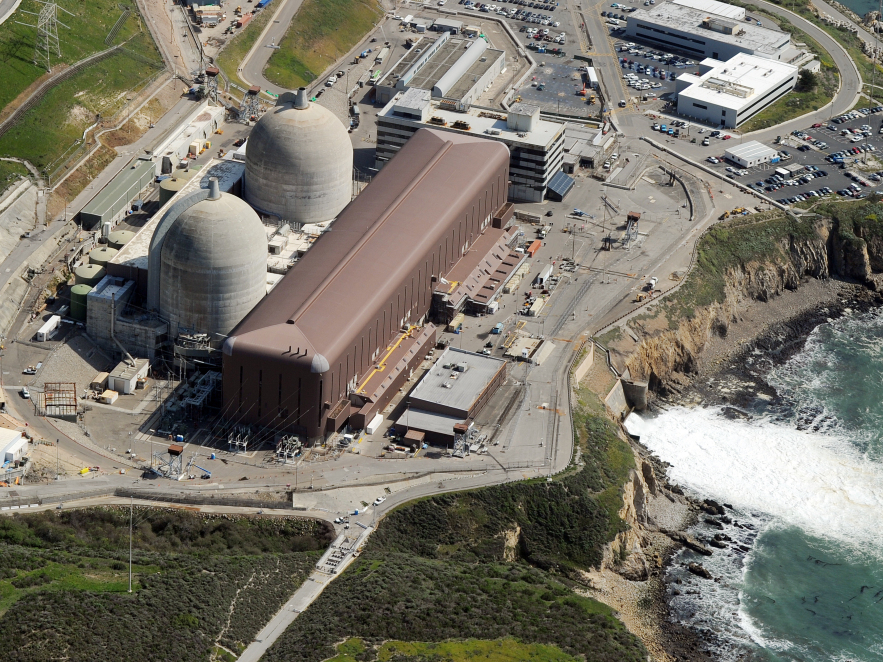 The two nuclear reactors at the Diablo Canyon power plant on California's central coast provide electricity for about 3 million households.

Diablo Canyon nuclear power plant on California's central coast has more than 1,300 tons of nuclear waste sitting on its back porch, waiting for pickup. The problem is, there's no one to pick it up.

The 103 other reactors in the country are in the same bind — it has now been more than 50 years since the first nuclear plant was switched on in the United States, and the federal government still hasn't found a permanent home for the nation's nuclear waste.

The two nuclear reactors at the plant generate steam that drives giant turbines, which in turn generate electricity that powers about 3 million households. Once the uranium rods that fuel the reactors are used up, they're removed and cooled down underwater, in temporary storage pools.

The trouble is, those "temporary" pools have become pretty permanent and crowded, as utilities load them up with more fuel rods, squeezing them closer together.

Since 1982, utility customers on the nuclear grid have paid $34 billion into a federal fund for moving the waste to some kind of permanent disposal site — something the federal government still hasn't done.

"We've made progress, but it's taken an enormous amount of time," says Per Peterson, who chairs the nuclear engineering department at the University of California, Berkeley, and is part of a White House Blue Ribbon Commission on nuclear waste. "This country has an obligation to those states and those communities to take those materials and put them into deep geologic disposal, where they can be safely isolated for a very long period of time."

The recent nuclear disaster in Fukushima, Japan, renewed fears about spent fuel safety in this country, where 65,000 tons of nuclear waste have piled up at power plants — waste that produces more radioactivity than the reactors themselves. In response, California's Sen. Dianne Feinstein called hearings on Capitol Hill.

"It is clear that we lack a comprehensive national policy to address the nuclear fuel cycle, including management of nuclear waste," she said.

Stuck With The Waste

It's not like we haven't had time — 35 years ago, when Jerry Brown was governor of California the first time around, the state banned any expansion of nuclear power until there was at least one permanent home for the spent fuel.

Yucca Mountain in Nevada was the leading contender, until Nevada's residents said "not in our backyard."

PART 1: In Sweden, A Tempered Approach To Nuclear Waste

In the meantime, utility companies like PG&E are stuck with the waste. During a visit three years ago, engineers at Diablo Canyon were preparing to move older waste from storage in pools to containers called dry casks.

"The spent fuel pools were not built large enough to hold all the fuel from the original 40-year license life, so we had to find alternatives for safe storage," said Pete Resler, head of PG&E's nuclear communications at the time. The company is now using some dry casks — huge concrete and steel canisters to store older, less radioactive waste. Each is anchored to its own concrete pad.

"Each one of those pads is 7-foot-thick concrete with steel rebar reinforcement in it," Resler says. Those pads are there as an extra measure because Diablo is situated near two significant seismic faults. There are now 16 of these canisters sitting on the plant grounds, with plans to fill 12 more in the next couple of years.

Though most agree that dry-casking is safer than leaving the fuel rods in pools of water, nobody's proposing it as a permanent solution. The head of the Nuclear Regulatory Commission, Gregory Jaczko, told Sen. Feinstein's committee that it's the best we can do for now.

"Right now we believe that for at least 100 years, that fuel can be stored with very little impacts to health and safety, or to the environment," Jaczko said.

In the meantime, the Blue Ribbon Commission appointed by President Obama to find that way forward will issue another round of recommendations Friday.

They're likely to include more stop-gap measures, while the holy grail of a permanent home for spent fuel remains decades away.

Nuclear Waste In The U.S.

Without a permanent disposal site for used nuclear fuel, the fuel rods are accumulating at reactor sites across the country. Most of these fuel rods are being stored in pools of water. These large water tanks don't have the same kind of radiation shielding structures that the nuclear reactor cores have, but the used rods in them are less radioactive than new fuel rods. Below, a state-by-state look at how spent nuclear fuel is being kept.