Accessibility links
A High School Dropout's Midlife Hardships In ninth grade, Kenny Buchanan dropped out of school. Now, 26 years later, his life is driven by the search for a permanent job that can support his family. 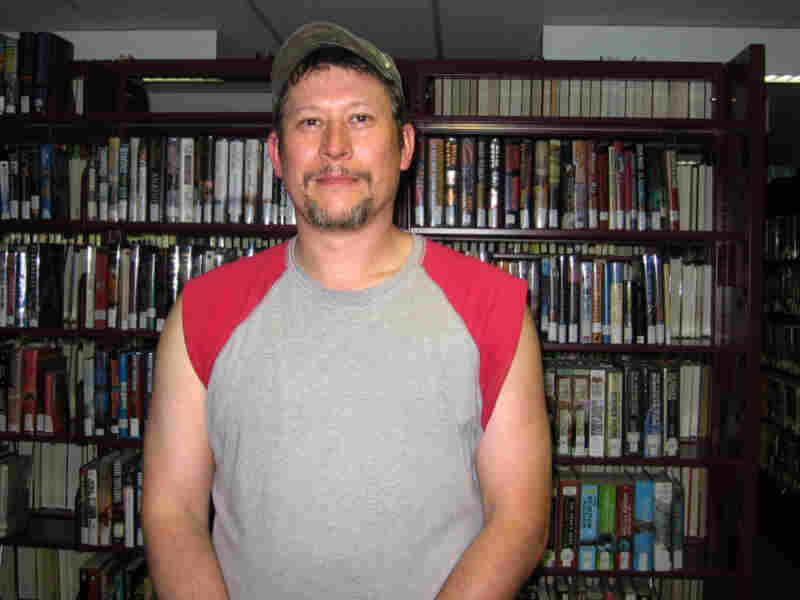 Kenny Buchanan, 44, dropped out of school as a teenager. He lost his job when the economy collapsed. Claudio Sanchez/NPR hide caption 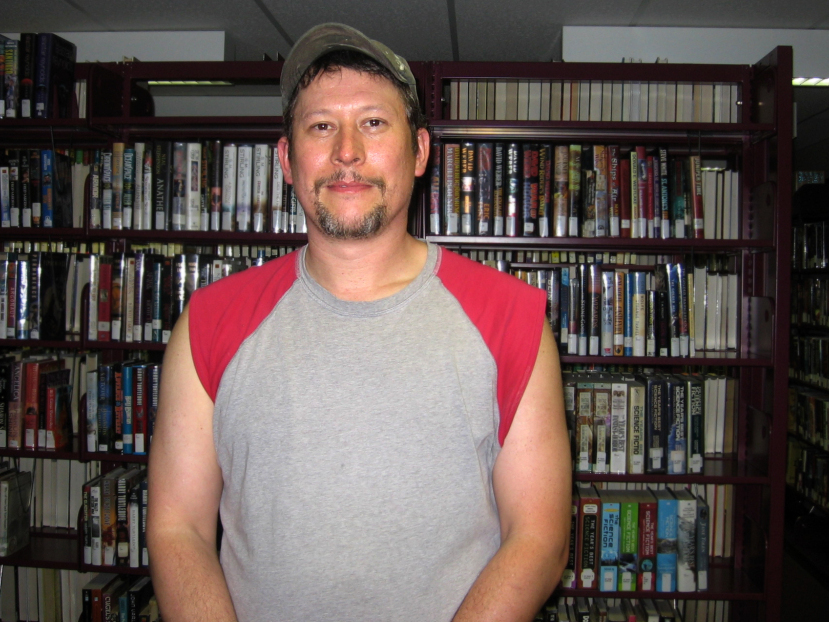 Kenny Buchanan, 44, dropped out of school as a teenager. He lost his job when the economy collapsed.

Fifth in a five-part series

Today, the people who seem to be hurting the most in our sputtering economy are dropouts in their 30s, 40s and 50s.

Despite their work experience, some can't even apply for a new job without proof that they completed high school. One man has thought a lot about his education and the decisions he made as a teenager.

Kenny Buchanan, 44, has lived in the coal-rich mountains of Schuylkill County, Pa., all his life. He's happy to have work after being jobless for more than a year.

"I'm a processor," he says. "We make aluminum for propane tanks, runways — aluminum runways for the U.S. Air Force."

It's not a permanent job yet. Buchanan is still on probation. It's the eighth job he's had in the last five years.

"With a wife and two kids, it's been rough," he says, all because of a decision he made 26 years ago.

Buchanan says he didn't consider how this would limit his job prospects down the road. Right after he dropped out, he got a full-time job at Burger King.

"Back then, I could get a job anywhere," he says. "I could work at Burger King, quit that job and have a job the next day without an education."

Why Dropout Data Can Be So Unreliable

Accurate dropout figures are very hard to find because most states don't adequately collect or analyze the data. Part of the problem is that every state has had a different definition for dropout. Read more about the trouble with dropout stats.

Buchanan says he's always been a hard worker, with good references, but he's never had a steady job.

"I worked in foundries, I drove forklifts, operated overhead cranes," he says.

And in the last few years, finding work that can support a family has gotten even harder. Employers in Schuylkill County have started asking job applicants to have a high school diploma.

"[Those] good paying jobs, I could've had but because I didn't have a high school diploma, they wouldn't even consider me," he says.

Buchanan is one of 40 million Americans who never graduated from high school. Most of these people, about 60 percent, are between 40 and 70 years old, according to the American Council on Education. About 9 in 10 have never earned more than $40,000. Buchanan falls into that majority.

It's depressing, he says, to run into old high school buddies — the guys he could have graduated with — and someone would ask him about his salary.

"Seven dollars an hour," he says. "It hurts. It's embarrassing."

Two years ago, Buchanan did something about it. He sought help at Career Link, a state-run job training and education center for unemployed adults.

"When you get that GED book and you see the math that's required — algebra, trig — I think that scares a lot of people. Especially if they haven't been in school for 30 years," Career Link Director Sharon Angle says.

She says a lot of the older dropouts just give up.

"They'll say, 'I'm just going to get a job here and there, pick up what I can and just hope that I make it to 62, until I can get on Social Security,'" she says.

Employers who come to the center looking for workers get frustrated too, she says.

"To be honest, [employers] want someone they can depend on. Someone who'll show up and give them a good day's work," she says.

But, if they don't have a high school diploma or GED, they don't get an interview or a job. Angle says most of the businesses she deals with have adopted that new corporate policy.

On the other hand, businesses are sending an important message to kids: stay in school, get your diploma, and then get a job.

It's a good message, Buchanan says, but it couldn't have come at a worse time.

If he's hired permanently at the aluminum plant next month, his family will finally have health insurance and enough to live on. Buchanan says he's praying the job lasts.

"I'm a religious man, and when all else fails, God is always there for you. I mean, he's been good to me," he says.

If he didn't have his faith to support him, Buchanan says, it would have been a lot easier to give in and stay poor and miserable.

"Dropping out of school [was] one of the biggest mistakes I ever done," Buchanan says. "What I did, I did, but I can make things better."

He believes he has made things better. He got his GED, and he says his friends and family respect him for doing that. Buchanan says he knows he might be laid off, but the stigma of being a high school dropout has faded forever.