Accessibility links
Christmas In July: Tom Cavanagh Perks Up A Long Day Sure, you know the panels about big, important dramas and raucous, star-powered comedies might produce interesting quotes. But in the hands of a great panelist like actor Tom Cavanagh, even a discussion of Christmas TV movie can take flight.

Christmas In July: Tom Cavanagh Perks Up A Long Day

Christmas In July: Tom Cavanagh Perks Up A Long Day 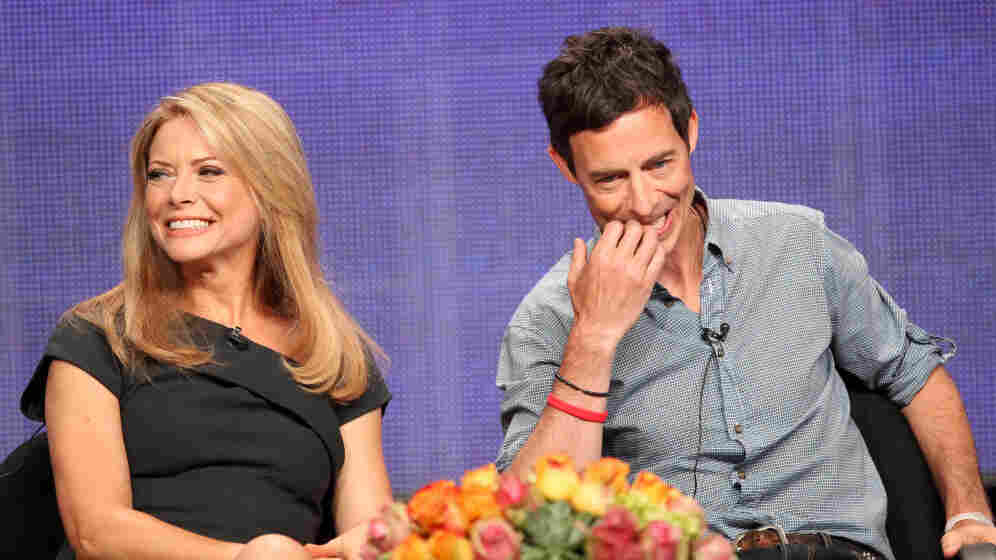 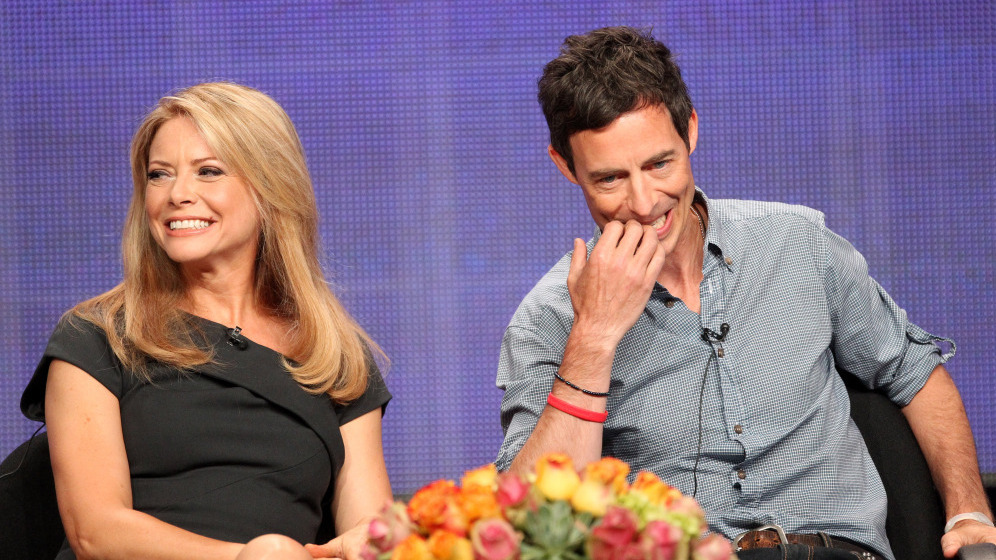 Some of the most entertaining panels at TCA are for things you aren't, in and of themselves, heavily invested in.

I have an example. As you knew I would.

The first day of cable presentations on Wednesday brought, among other things, a panel about a Hallmark TV movie called Debbie Macomber's Trading Christmas, which certainly appears to be your basic formulaic cable Christmas movie of the kind that is now turned out in great numbers every year, particularly by Hallmark and Lifetime, which will keep making this stuff as long as people keep watching it. Hallmark announced, in fact, that its "Countdown To Christmas," which starts on November 12 (!), would include 1300 hours (!!) of holiday-themed programming.

Listen to that again. Thirteen. Hundred. Hours. Obviously, most of that is old stuff, but there are 14 Hallmark originals coming this year. FOURTEEN. Hear Hallmark's Bill Abbott talk about some of what's on the slate:

We have great plans again this year with such movies as A Princess for Christmas, starring the iconic Sir Roger Moore; The Christmas Pageant, starring Melissa Gilbert; Cancel Christmas, with Judd Nelson; and Annie Claus is Coming to Town, with Vivica A. Fox and funny lady Vicki Lawrence. Billy Ray Cyrus, a Hallmark Channel favorite, stars in Christmas Returns to Canaan, a sequel to the network's highly rated Christmas in Canaan, which aired on the network in 2009. As he did in the original, Billy Ray will perform an original song for the movie.

I can't speak for other holiday-programming suckers, but I look at that list and think, "Is there not already a movie called The Christmas Pageant with Melissa Gilbert? Because that seems like something that I've already seen." Not so.

Trading Christmas itself stars Faith Ford (of Murphy Brown and then Hope And Faith), Gil Bellows (of Ally McBeal) and the delightful Tom Cavanagh, who starred in NBC's nifty and offbeat Ed (and lots of other things) and who now can be found here and there and on the podcast "Mike And Tom Eat Snacks," with Ed co-star Michael Ian Black. Cavanagh has done the Christmas movie thing before, although it was for Lifetime, the Holiday Hatfields to Hallmark's Mistletoe McCoys, in the films Snow and Snow 2: Brain Freeze. In both, he played "Nick Snowden," who is Santa Claus. Sort of. (Incarnations and relatives of Santa are surprisingly popular in these movies.)

The brow is not the highest in these movies, is what I'm saying, and nobody is there to pretend that it is.

There is something about a really earthy, wickedly funny guy like Tom Cavanagh doing a panel discussion about a cornball Christmas movie that brings out something peculiar and impish in the entire room. The very first question began thusly: "Christmas is the loneliest time of year for a lot of people." Cavanagh cracked up with surprise at this plunge into darkness, and they were off.

Nothing flatters a panel that isn't inherently fascinating quite like somebody who can't stop chiming in. When someone asked how it's possible to distinguish one Christmas TV movie from a zillion other Christmas TV movies, Cavanagh deadpanned, "That is a good question." Asked about his favorite Christmas movie, he broke into his best George Bailey, hollering, "Merry Christmas, Bedford Falls! Merry Christmas, you old Building and Loan!" When Ford compared him to a cross between Jimmy Stewart and Dick Van Dyke, he needled her repeatedly about his fear that they would all be sued by Van Dyke's "powerful lawyers."

The session got sillier, with a critic comparing "Countdown To Christmas" to Shark Week, which also tickled the panel fiercely, and then a long exchange with Ford about her shoes caused Cavanagh to good-naturedly heckle, "This is a fantastic question, by the way." The shoe thing went on and on, and Ford shifted over to a story about taking a neighbor shopping for her first pair of Manolos. Cavanagh, perhaps sensing that Ford's shock that the neighbor hadn't ever owned a pair of Manolos might not play all that well in print, imagined how a reader tomorrow might interpret the coverage, muttering, "'Why in every Trading Christmas write-up are they talking about shoes? Why are they mentioning shoes?'"

When someone asked about the cast's favorite Christmas traditions, Bellows came up with a Christmas toast, Ford talked about her father's love of listening to music, and Cavanagh talked about how, as a kid, he lived in Africa and wondered whether Santa would be able to find his house. Asked how old he was, he immediately responded, "Sixteen."

I'm just going to say this right now: The fact that Tom Cavanagh isn't on TV every week makes me crazy. Because he should be. I'll leave it there.