Accessibility links
Mariachi El Bronx: Mariachi Punks Put It All On the Line The new album by the L.A. punk band-turned-mariachi ensemble is lively and surprisingly kitsch-free. 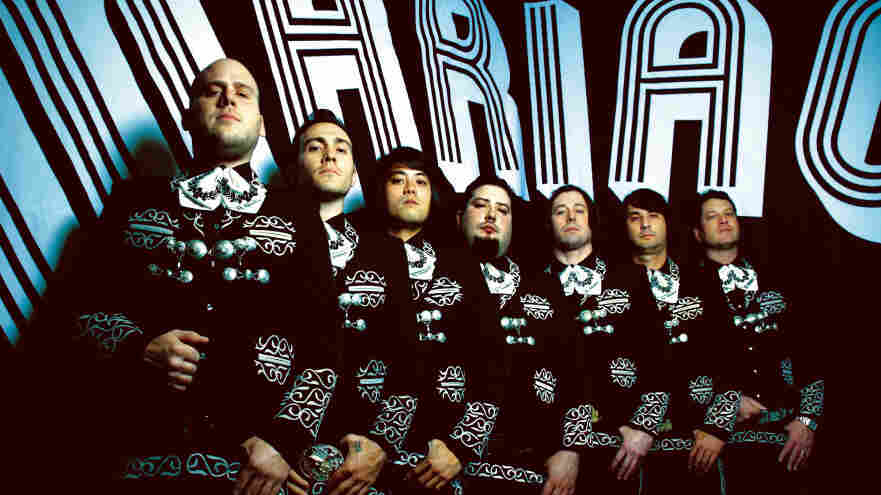 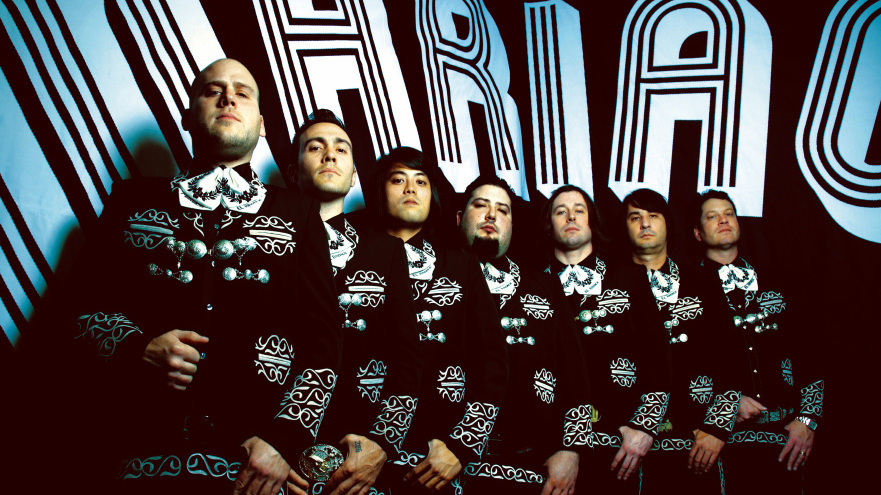 The L.A. band The Bronx has been working the punk-rock circuit for nearly 10 years. But since 2009, the band has cultivated an alter-ego — as a mariachi band, complete with the ornate black charro suits and the blaring trumpets. Mariachi El Bronx's second album, II, will be released on August 2. It's a lively, and surprisingly kitsch-free, take on music that's steeped in tradition.

There's really only one way to play mariachi, even if you're a punk rocker — you have to mean it, right down to the last neatly chopped acoustic-guitar chord. The great mariachis share tales of love, death and family pride in voices swollen with emotion. They convey a sense of life hanging on by a thread. There's no irony, no "look how cool we are" derision.

The members of The Bronx discovered this when they first started messing with mariachi a few years ago. Asked to do a song unplugged for a TV appearance, they rebelled by wearing sombreros and camping it up. Singer Matt Cauthran, who grew up in a Hispanic neighborhood in East L.A., says they had so much fun, they decided to try more songs that way.

Pretty soon, the members of The Bronx found themselves hooked on mariachi. They studied instructional videos and learned the nuances of the specific rhythms. The listened to recordings of masters like Vicente Fernandez. "Bodies of Christ," a Mariachi El Bronx original, is modeled on Fernandez's weepy, lovesick boleros. Mariachi El Bronx sings in English and plays with more abandon than the typical buttoned-down folkloric mariachi ensemble. But its songs follow the strict conventions of the form to the letter.

When I heard the first Mariachi El Bronx record in 2009, it struck me as a bit of a clever gimmick — you know, dress a punk up in an elaborate charro suit and watch what happens. On II, inside the tales of lost love and other tragedies, there's plenty of tradition balanced by shots of pure joy and irreverence. And that makes all the difference.