Accessibility links
Chess It Out! Thirty-four-year-old Gata Kamsky is the United States' best hope for chess. The last two Americans to excel in the game suffered mental meltdowns, and understandably so — chess is a rigorous exercise not suited for the faint of mind. But Kamsky, who is in the midst of an eight-game match in Sofia, Bulgaria, has a real shot at playing the world chess champion later this year. That is, if he can keep his wits about him. 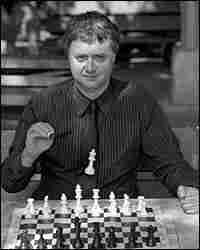 Paul Hoffman is the author of the memoir King's Gambit: A Son, A Father, and the World's Most Dangerous Game. Damian Panitz hide caption

Only two Americans have ever made it to the very pinnacle of championship chess, and both of them were crazy.

First, there was Paul Morphy, a demure 22-year-old from New Orleans, who visited the chess salons of Paris and London in 1858 and disposed of the best European masters with flashy, crowd-pleasing attacks. Morphy soon withdrew from chess and spent the next two decades worrying that friends and family were plotting to kill him.

Then, a century later, there was Bobby Fischer, a child prodigy who briefly broke the Soviet domination of chess by winning the world championship in 1972. He, too, believed people were out to destroy him; he reportedly had the fillings in his teeth removed because he feared they could receive radio signals beamed by his enemies.

Our country's current best hope for chess supremacy is a 34-four-year-old resident of Brooklyn named Gata Kamsky, who this week began an eight-game match in Sofia, Bulgaria, for the right to challenge the world chess champion, Viswanathan Anand, later this year. In today's game — the third of the match — Kamsky came out swinging wildly. Pieces and pawns were flying all over the board. Ultimately, though, after 37 moves, the game petered out to a draw. Kamsky is now trailing in the match by 1 point.

Kamsky, for sure, is the underdog in Sofia. He is ranked No. 17 in the world, and his opponent, 33-year-old Veselin Topalov, is ranked No. 1. The two players have vastly different styles. Topalov loves to create chaos on the chessboard, even sacrificing his own men to open lines so that he can assault the opposing monarch. Kamsky normally has a more patient approach, wearing his adversary down by nursing tiny structural advantages for hours. Today, though, he played as aggressively as if he were Topalov.

Kamsky is hungry. He has deferred a career in law for a shot at the world chess title. He has spent months preparing for Topalov, studying hundreds of the Bulgarian's games, sussing out his strengths and weaknesses.

There are certain standard sequences of opening moves, which have been played tens of thousands of times before at the highest levels. They have colorful names like the Accelerated Dragon, the Fried Liver Attack, the Gruenfeld Defence, and the Toilet Variation (so named because a chess master thought it up while sitting on the commode). Kamsky has spent hours poring over the openings he intends to play and searching for novelties — unexpected new moves — that he can spring on Topalov. Topalov, of course, has prepared like mad too.

Yet no player comes to the board completely prepared. Chess is simply too boundless. There are, for example, 988 million positions that can be reached after four moves for each side. And there are more conceivable chess games than atoms in the universe.

Wednesday's game was morbidly dramatic, in the way NASCAR racing is when cars collide. Kamsky got strangely caught up in the boundlessness of chess and self-destructed. He suffered brain freeze and spent much too much time thinking in simple positions. The rules required him to make his first 40 moves in two hours, but he managed to play only 32 and forfeited — a very rare result in world-class chess.

Today, Kamsky played faster. If he is going to come from behind in the remaining five games and win the match, he needs to arrive at the chessboard psychologically ready, think a lot less, and just go with his gut.

Paul Hoffman is the author of the memoir King's Gambit: A Son, A Father, and the World's Most Dangerous Game. 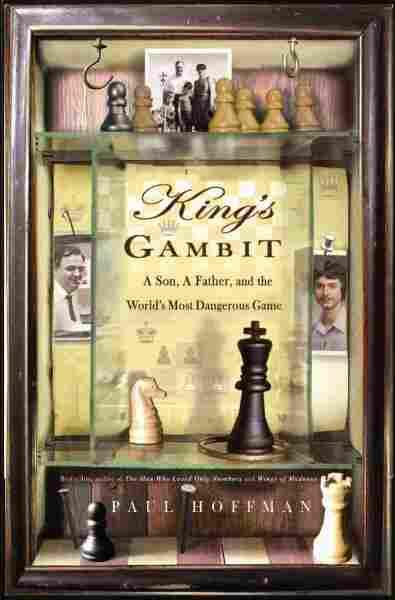