Accessibility links
Going Green: What Cities Can Teach The Country David Owen is going to generate heat with Green Metropolis, his provocative manifesto that inverts sacred environmental assumptions. The book mounts a passionate, fact-studded case for the green advantages of Manhattan-style urban density.

Going Green: What Cities Can Teach The Country

Going Green: What Cities Can Teach The Country 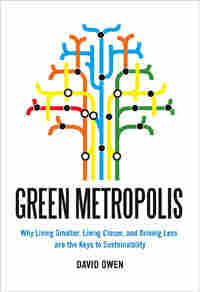 The future of our planet may be uncertain, but one thing is clear: David Owen is going to generate significant heat with Green Metropolis, his provocative manifesto that inverts many of our sacred assumptions about environmentalism. Building on the stunning article he wrote for The New Yorker in 2004 about how, contrary to being the ecological nightmare most people think it is, New York City is actually the greenest, most environmentally responsible community in America, his book mounts a passionate, fact-studded case for "the environmental advantages of Manhattan-style urban density."

Owen's Environmental Enemy No. 1 is the automobile, which not only burns damaging fossil fuels but encourages us to spread out and, paradoxically, destroy open space. The best way to deter people from using cars — along with grouping residences and businesses more closely — is by making driving as unpleasant and expensive as possible: by charging exorbitant taxes on gas and parking rather than easing traffic congestion or producing smaller, cheaper automobiles.

Green Metropolis is fascinating and thought-provoking even when not entirely convincing — as when Owen criticizes Central Park as a "barrier to the overall human flow" of New York City, ignoring its importance as a recreational oasis. His objections to the small measures we take to be more environmentally responsible, such as switching to hybrid cars, recycling and creating HOV and bicycle lanes, are sure to raise some hackles. Single-family homeowners who waste money on "inappropriate technology" such as solar panels while failing to beef up roof insulation, drive less, downsize or purchase more efficient HVAC systems also come in for heavy criticism. 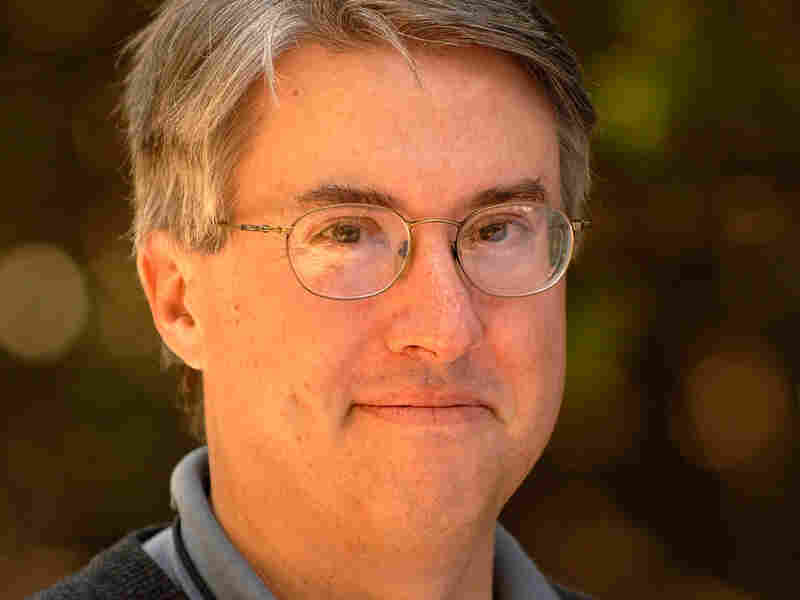 David Owen's other books include The First National Bank of Dad, The Chosen One and My Usual Game. Stephen Szurlej hide caption 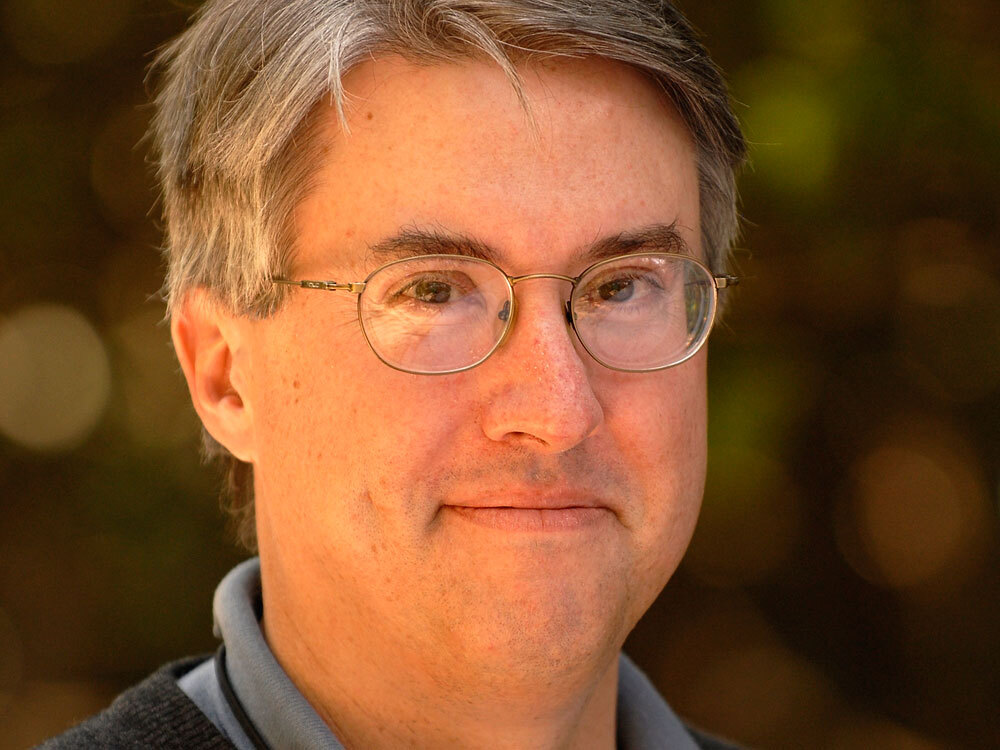 David Owen's other books include The First National Bank of Dad, The Chosen One and My Usual Game.

Owen traces the anti-urban bias of American environmentalists back to Thomas Jefferson and Thoreau, demonstrating how it has led to ecologically disastrous sprawl. He disdains low-set buildings surrounded by countryside, including the highly touted and supposedly green design of the inconveniently remote Rocky Mountain Institute in Snowmass, Colo. Unfortunately, as with his attitude toward Central Park, his focus on carbon footprints causes him to discount the aesthetic or psychological solace of open space.

Or maybe not. A New Yorker staff writer and self-confessed golf addict whose 14 books include several about his favorite pastime, Owen admits that he's no ecological angel. Not only does he live in ecologically unsustainable, bucolic, small-town Connecticut, but he drives to his local golf course, three miles away. As Kermit the Frog notes, it's not easy being green. But for starters, Green Metropolis offers high-test fuel for discussion.

Excerpt: 'Green Metropolis: What the City Can Teach the Country About True Sustainability'

NOTE: The footnotes from this excerpt have been removed.

The history of civilization is a chronicle of destruction: people arrive, eat anything slow enough to catch, supplant indigenous flora with species bred for exploitation, burn whatever can be burned, and move on or spread out. No sensitive modern human can contemplate that history without a shudder. Everywhere we look, we see evidence of our recklessness, as well as signs that our destructive reach is growing. For someone standing on the North Rim of the Grand Canyon on a moonless night, the brightest feature of the sky is no longer the Milky Way but the glow of Las Vegas, 175 miles away. Tap water in metropolitan Washington, D.C., has been found to contain trace amounts of caffeine, ibuprofen, naproxen sodium, two antibiotics, an anticonvulsive drug used to treat seizures and bipolar disorder, and the antibacterial compound triclocarban, which is an ingredient of household soaps and cleaning agents. Modern interest in environmentalism is driven by a yearning to protect what we haven't ruined already, to conserve what we haven't used up, to restore as much as possible of what we've destroyed, and to devise ways of reconfiguring our lives so that civilization as we know it can be sustained through our children's lifetimes and beyond.

To the great majority of Americans who share these concerns, densely populated cities look like the end of the world. Because such places concentrate high levels of human activity, they seem to manifest nearly every distressing symptom of the headlong growth of civilization — the smoke, the filth, the crowds, the cars — and we therefore tend to think of them as environmental crisis zones. Calculated by the square foot, New York City generates more greenhouse gases, uses more energy, and produces more solid waste than any other American region of comparable size. On a map depicting negative environmental impacts in relation to surface area, therefore, Manhattan would look like an intense hot spot, surrounded, at varying distances, by belts of deepening green.

But this way of thinking obscures a profound environmental truth, because if you plotted the same negative impacts by resident or by household the color scheme would be reversed. New Yorkers, individually, drive, pollute, consume, and throw away much less than do the average residents of the surrounding suburbs, exurbs, small towns, and farms, because the tightly circumscribed space in which they live creates efficiencies and reduces the possibilities for reckless consumption. Most important, the city's unusually high concentration of population enables the majority of residents to live without automobiles — an unthinkable deprivation almost anywhere else in the United States, other than in a few comparably dense American urban cores, such as the central parts of San Francisco and Boston. The scarcity of parking spaces in New York, along with the frozen snarl of traffic on heavily traveled streets, makes car ownership an unbearable burden for most, while the compactness of development, the fertile mix of commercial and residential uses, and the availability of public transportation make automobile ownership all but unnecessary in most of the city. A pedestrian crossing Canal Street at rush hour can get the impression that New York is the home of every car ever built, but Manhattan actually has the lowest car-to-resident ratio of anyplace in America.

From Green Metropolis by David Owen. Copyright (c) 2009 by David Owen. Published by Riverhead Books. Used by permission of the publisher. All rights reserved. 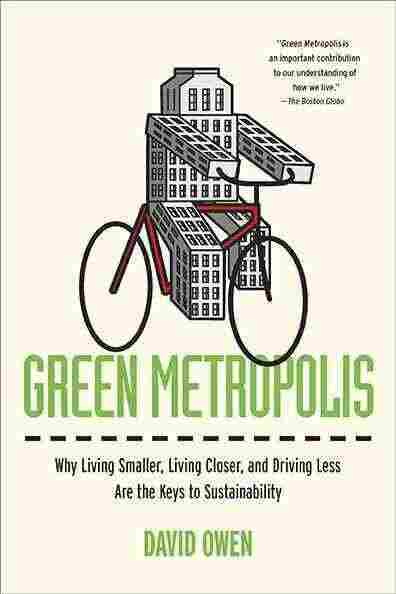 Why Living Smaller, Living Closer, and Driving Less Are the Keys To Sustainability