Accessibility links
Movie Review - A Frantic, Nonstop Chase At 'Point Blank' Range A French import from Fred Cavayé follows an innocent man who must do a shady organization's bidding to rescue his pregnant wife. Bob Mondello says the art-house thriller whitens knuckles much better (and smarter) than its multiplex counterparts. (Recommended) 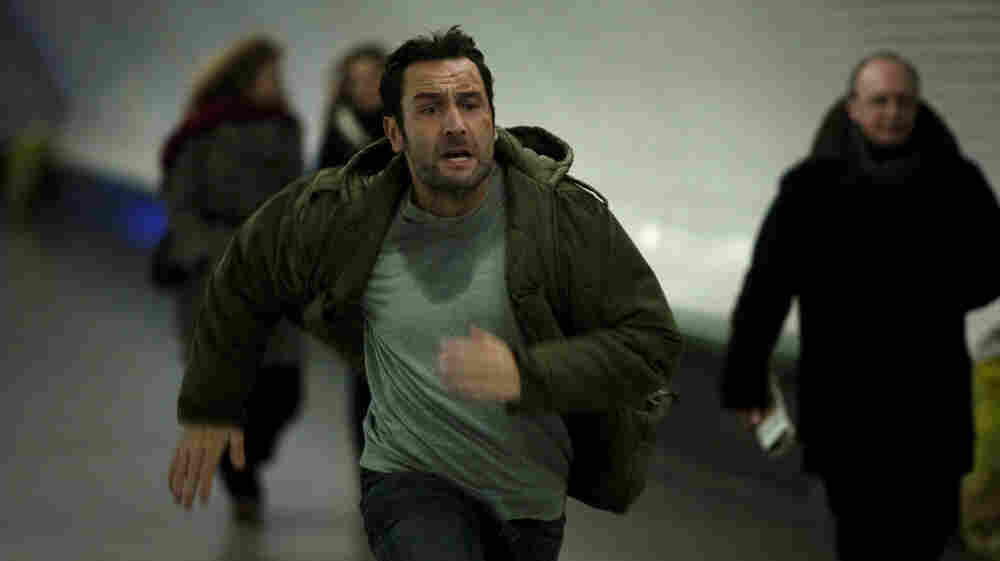 En Pointe: Nurse-trainee Samuel (Gilles Lellouche) is on the run for much of Point Blank, which finds him outmaneuvering (and eventually succumbing to) bad guys as a consequence of saving a mysterious man's life. Magnolia Pictures hide caption

Rated R for strong violence and some language

Mid-summer is a time when movie audiences crave action. And that's no truer of the multiplex than it is at the art house, where Point Blank, a new thriller from France (no relation to the Lee Marvin/John Boorman crime picture from 1967) opens — quite literally — with a bang. It's the crash of a man who, clutching his bleeding stomach, smashes through a door into the wall of a metal staircase. And it's followed by another crash seconds later, when two men with guns smash through the door after him. They chase him from the building, out into the street, then onto a thruway, where he finally slows down. As they raise their guns to kill him, he's hit by a speeding motorcycle, and left in a coma.

If Hugo Sartet (Roschdy Zem) is not having a good day, it's still better than the day Samuel (Gilles Lellouche) is about to have. Samuel's a nurse-trainee at the hospital to which Hugo is taken. He thwarts an attempt on Hugo's life and, proving that no good deed goes unpunished, gets conked on the head for his trouble, and also finds his very pregnant wife (Elena Anaya) kidnapped.

From there, things get a bit complicated. Samuel's told that if he wants to see his wife again, he must spring Hugo (who's now been outed as a criminal) from police surveillance — remember, the guy's still in a coma — and then the kidnappers will talk. As you may be gathering, though, simple cause and effect is not how anything in this film is going to play out. Cue chase scene.

It's customary to describe this kind of thriller as "adrenaline-fueled," but this is the first time apart from Pulp Fiction I can recall there being an actual shot of adrenaline on screen. Samuel uses it to wake Hugo from his coma, then kind of wishes he hadn't.

Director Fred Cavayé has a reputation in France for getting the audience's pulse pounding, and in Point Blank, he does that while mixing in some intriguing social themes and character types that are usually outsiders to the genre. Call him an equal-opportunity thrill-meister. 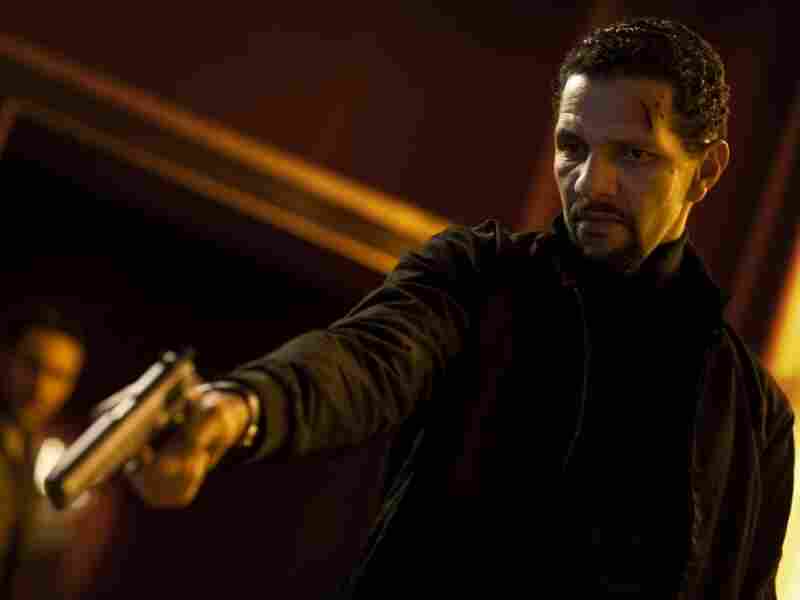 Hard-lined criminal Hugo (Roschdy Zem) is rendered comatose by a speeding motorcycle early in the film — but he doesn't remain that way for long. Magnolia Pictures hide caption 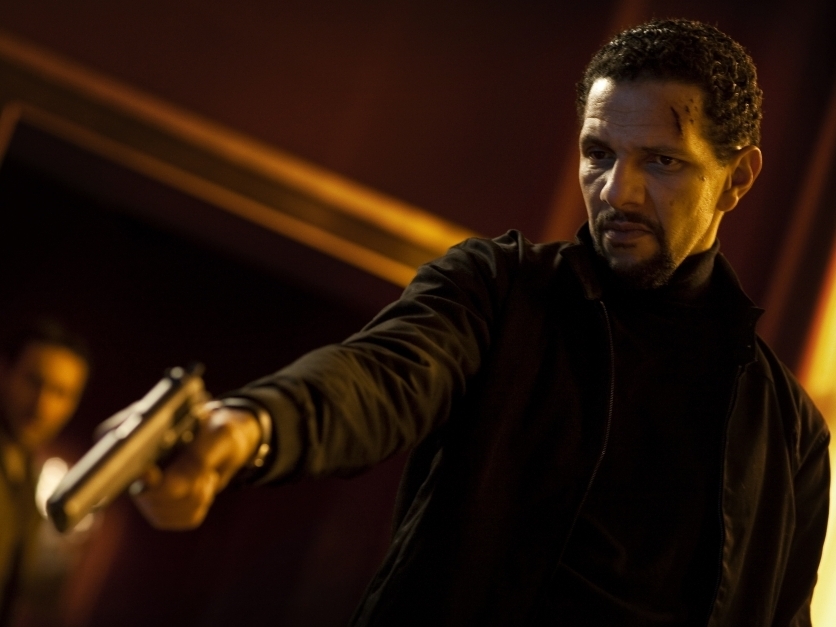 Hard-lined criminal Hugo (Roschdy Zem) is rendered comatose by a speeding motorcycle early in the film — but he doesn't remain that way for long.

Usually in fish-out-of-water stories, the fish is the outsider, surprised by the spot in which he finds himself. But in Point Blank, the fish out of water is Samuel, the ultimate insider — a conventional, middle-class, white, French male — while the people who have power over him are all the folks French society tends to exclude or barely tolerate: Algerian criminals, gypsies, Arabs, even a corrupt cop with a German name.

And to push things still further away from business-as-usual, the folks in a position to help Samuel are almost all strong, capable French women, who hardly seem the unassertive hothouse flowers they were been made out to be in initial news reports about the Dominique Strauss-Kahn scandal.

This all makes for nifty subtext to ponder in the downtime between chases — three minutes, maybe. And since subtext will almost certainly disappear in the inevitable Hollywood remake, it's worth catching and pondering now. (Recommended)