Accessibility links
Movie Review - 'Life In A Day' - 'Life In A Day': The World According To YouTube Director Kevin Macdonald and his team sifted through more than 4,500 hours of amateur video to produce his globe-spanning documentary Life in a Day. Critic Scott Tobias says the film's poignant moments get lost in a sea of disconnected and decontextualized footage.

'Life In A Day': The World According To YouTube

'Life In A Day': The World According To YouTube 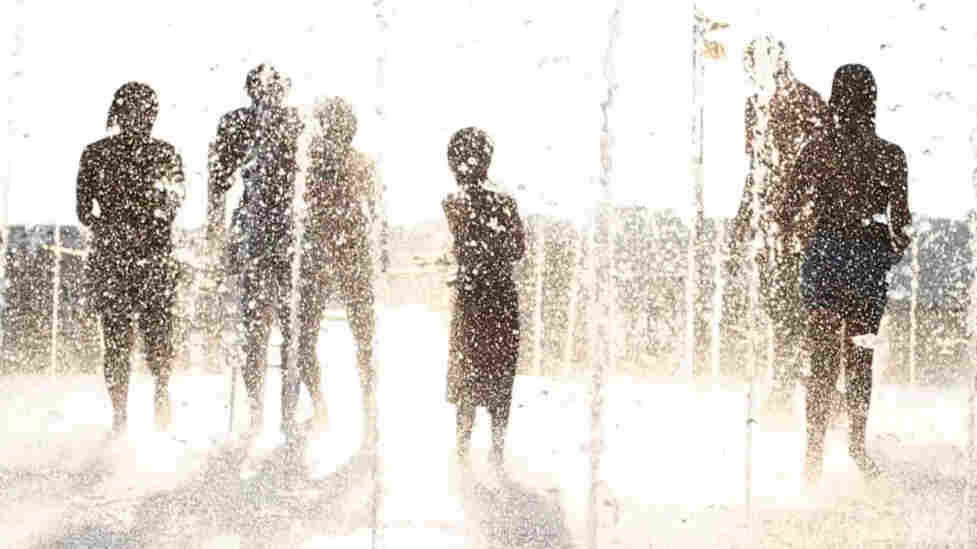 Lost In The Stream: Children play in a New York fountain on July 24, 2010. Beyond being filmed on the same date on the same planet, the film's amateur footage lacks unifying vision. National Geographic Films hide caption

Life In A Day

Produced in partnership with YouTube and distributed by National Geographic Films, the documentary Life in a Day is offspring with the worst genetic traits of both: narcissism on a global scale, speckled with pretty pictures. In a world without books or magazines, this is the movie people would watch in the waiting room at the dentist's office.

Director Kevin Macdonald (State of Play, The Last King of Scotland) and overtaxed editor Joe Walker culled their one-world symphony from a total of 4,500 hours of home video, raw material from 80,000 amateur cinematographers who shot between midnight and midnight on July 24, 2010. With 192 countries represented, the film sets about making the personal universal, one montage at a time. But while it has certain organizing principles — the rituals of waking up, for example, or marriage ceremonies of varying flavor — what it lacks is a compelling point of view.

Occupying a no man's land between experimental film and micro-documentary, Life in a Day basically has two different modes: associative montage and minute-long bits of portraiture. The early sequences lean heavily on the former, as dawn finds people prepping for the day — roused by alarm clocks or roosters or small children, putting bare feet on the carpet, brushing teeth and combing hair, and shuffling off to work at a parking garage in Roanoke or paddling down an African river to destinations unknown. There are montages of eggs cracking, babies being born, forms of transportation, celebrations and tragedies, and views from doorsteps (and steppes) around the globe. We may come from different places, the film suggests, but all of us put on our pants one leg at a time.

Though the film tends to make the banal universal and the universal banal, it improves when it slows down — relatively speaking — and gets to know its subjects a little better. A section about love yields a handful of touching and funny vignettes, like a young gay man coming out to his grandmother over the phone or an elderly couple remarrying with naughty handwritten vows. Other fleeting glimpses are potent, too, like witnessing a nimble practitioner of parkour (the art of swiftly scaling obstacles) shoplifting from a grocery store, or an overhead view of the stampede at the Love Parade dance music festival in Duisburg, Germany, which ended with 21 people dead. 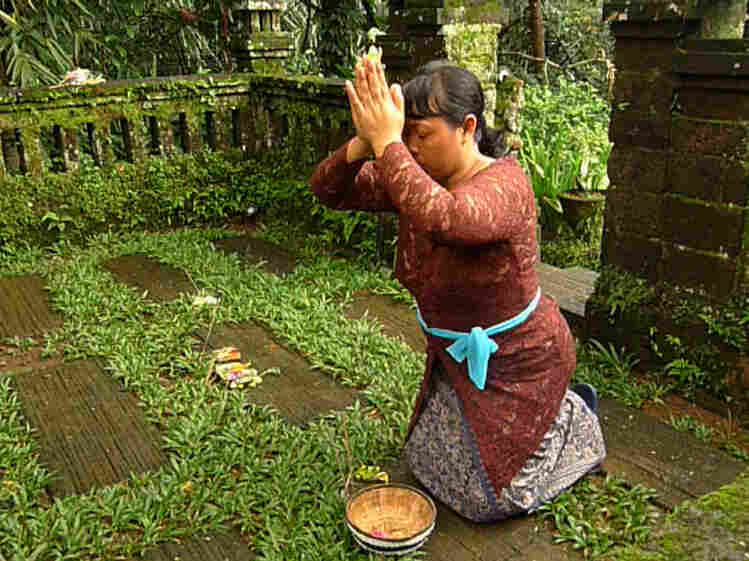 Gusti Kompiang Sari, an Indonesian maid, blesses a house in Bali, Indonesia. Viewers are rarely given so much context in the film. National Geographic Films hide caption 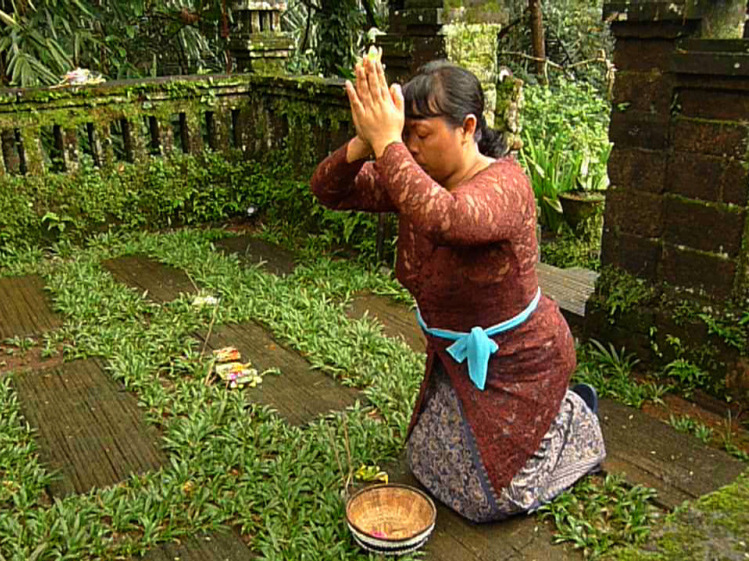 Gusti Kompiang Sari, an Indonesian maid, blesses a house in Bali, Indonesia. Viewers are rarely given so much context in the film.

Life in a Day doesn't provide any context to what we're seeing — not cultural, not political, not even titles indicating where we are at any given moment. The obvious touchstone for Macdonald and his collaborators is Koyaanisqatsi, Godfrey Reggio's 1982 wordless eco-odyssey of slow motion and time-lapse footage, all timed to the rhythms of Philip Glass' exquisite orchestration. But the differences between the two projects are telling: Reggio generated his own footage, rather than soliciting it from thousands of sources, and more importantly, he carried out a specific and directed vision of the material world breaking from the natural one. Life in a Day, in contrast, searches for whatever multicultural rhymes it can pleasingly syncopate, but it doesn't accomplish much more than cherishing the world for, well, its world-iness.

The only subject Life in a Day revisits with regularity is a Korean cyclist who intends to travel the world by bicycle. He's already visited 190 countries, been struck by cars six times, and can talk about everything from Korean reunification to the different kinds of flies he's encountered. The film sees him as a two-wheeled metaphor for its own peaceful, hope-filled, globe-trotting adventure. A better film would have seen him as a man.