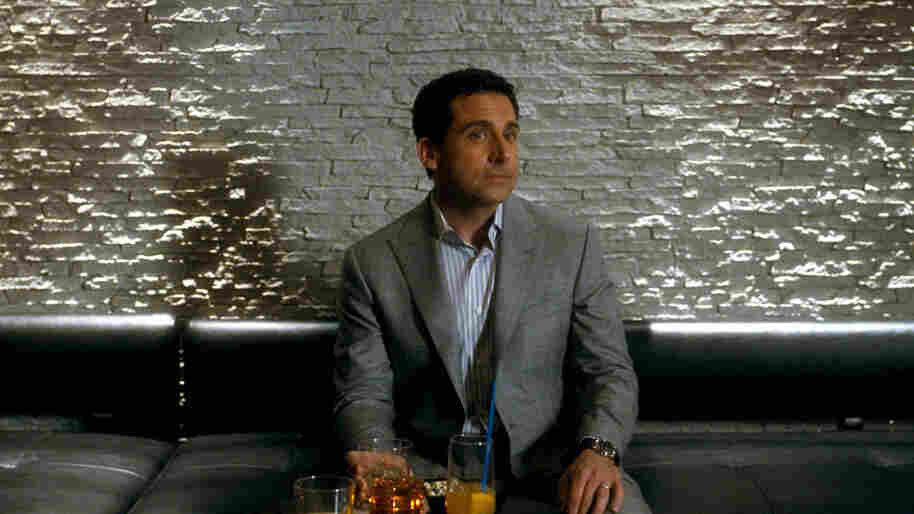 Love, Sick: Cal (Steve Carell) gets thrown into hapless bachelorhood when he discovers that his wife has been cheating on him. Even as he gradually eases back into the single life, he still pines for the stability (and woman) he once thought he had. Warner Brothers hide caption

'How Do I Know That'

'How Do I Know That'

In Argentina, where Crazy, Stupid, Love opened a day before it did in the U.S., the Spanish title Warner Bros. originally affixed to prints was Loco Por Amor (Crazy for Love), a moniker generic enough that it could easily have been attached to any Hollywood rom-com of the last 40 years.

Happily for the picture, which is no great shakes, but is both character-driven and smartly cast, new title sequences have been substituted so that Steve Carell, Julianne Moore, Emma Stone and Ryan Gosling can court laughter in a somewhat more distinctive sounding Loco y Estupido Amor. It's the love that's stupid and crazy, not the people (at least in Spanish; in English, the title's second comma makes a hash of a meaning).

This sort of positioning, let's note, is important. Just as in the land of the blind, the one-eyed man is king, in a genre where outright imbecility generally prevails, a film investigating craziness and stupidity qualifies as a cut above, and needs to signal its intentions to audiences.

This one does so not just with a strong cast (filled out at the edges by the likes of Kevin Bacon, Josh Groban and Marisa Tomei), but also with a veteran Disney/Pixar screenwriter (Dan Fogelman, who's recently been responsible for such smart-alecky animated comedies as Bolt, Tangled, and Cars 2), and with directors Glenn Ficarra and John Requa, who first caught audience attention with their script for Bad Santa, and are now hot off their idiosyncratic gay-conman romp I Love You Phillip Morris, one of last year's more subversively distinctive romances.

That they're all working a comparatively conventional vein of Hollywood rom-com in Crazy, Stupid, Love is disappointing, but they've managed to turn a bit of that convention on its ear in crafting an amusingly complex multi-generational romantic roundelay.

Carell is Cal, a nebbishy, 40-something dad who married his high-school sweetheart (Moore), and is more than mildly startled when she announces, during what he thinks is a romantic evening, that she's dallied with a co-worker (Bacon) and wants a divorce. Cal repairs to the nearest bar, drowning his sorrows noisily enough night after night that a younger, almost alarmingly charming womanizer named Jacob (Gosling) eventually takes pity on him, and offers him tips both social and sartorial.

Jacob's a trust-fund smoothie, whose practiced seductive patter (invariably ending with a cooed, "Let's get out of here") scores effortlessly with the ladies, and despite Cal's doofus-y inexperience, with a little tutoring and some better-fitting threads, he's soon doing nearly as well. Alas, Cal's still smitten with his wife, sneaking home after dark to surreptitiously water rose bushes and aerate the lawn while peering longingly through the window at his family (in the movie's scheme of things this makes him loveable, not a stalker). 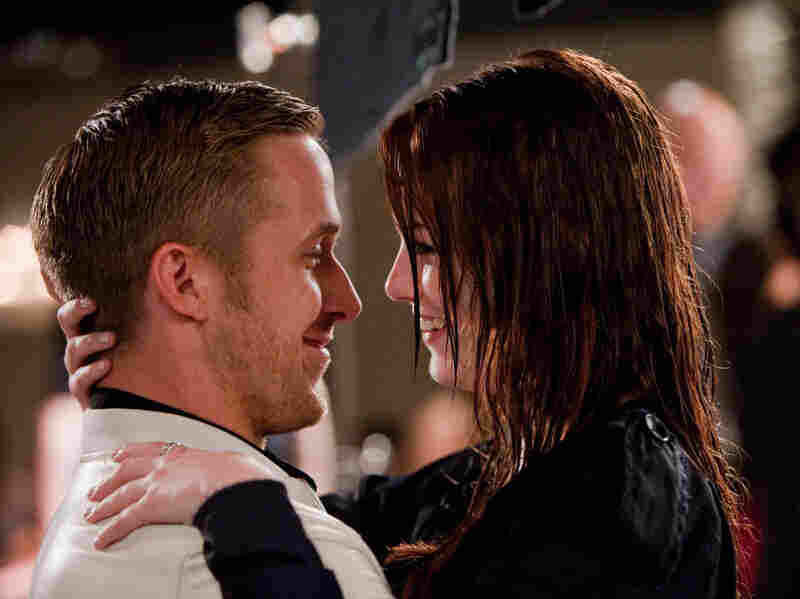 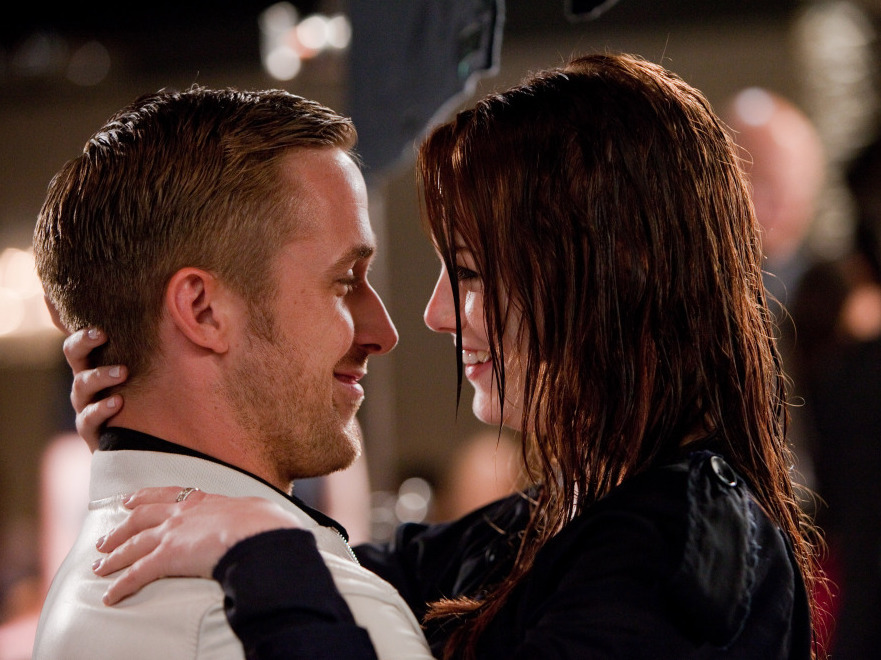 Jacob, meanwhile, is falling for an attractive law-school grad named Hannah (Stone), possibly because she's the only bar regular immune to his charms, even as she's pining for a boss (Groban) who barely notices her. Perhaps knowing that movie audiences will recognize familiar rom-com tropes, Fogelman peppers the dialogue with movie jokes — Karate Kid references for Jacob's tutoring of Cal, an MPAA ratings riff for Hannah as she interrupts Jacob in mid-seduction by articulating the difference between the R-rated evening she's signed on for, and the PG-rated one she's afraid she'll get. When traversing familiar territory, might as well acknowledge the landmarks as we pass them.

There are John Hughes-ish subplots, too — Cal's 13-year-old son falls for his little sister's babysitter, who has a crush on Cal, who... oh, never mind. Graceful playing aside, the characters mostly remain ciphers, which renders the comic twists (one or two of which are genuine doozies) more schematically than emotionally satisfying. Though Moore's eyes are forever misting over at Carell's puppy-dog act, you never learn enough about their marriage to care much about whether they stay together. And though Gosling works overtime to invest Jacob with vulnerability, the character's unconsidered womanizing makes him kind of a cold fish. By the time the film's reaching its big, plot-resolving set-pieces — a backyard brawl and a graduation day speech — everyone's basically going through the farcical motions.

Still, grant the filmmakers the efficiency of their plotting, even if it reduces characters to types. And credit them with having assembled a cast capable of making the film's craziness and stupidity appealing, even if hitching actors of the caliber of Moore and Gosling (and to a lesser extent Carell and Stone) to material this thin is a little like hitching a Saturn rocket to a go-cart.