Accessibility links
Movie Review - 'Cowboys And Aliens' - 'Attack the Block' The sci-fi Western Cowboys & Aliens and the low-budget British film Attack the Block both open this weekend. Critic David Edelstein says both movies bring people together from different walks of life — but only one is really worth seeing. 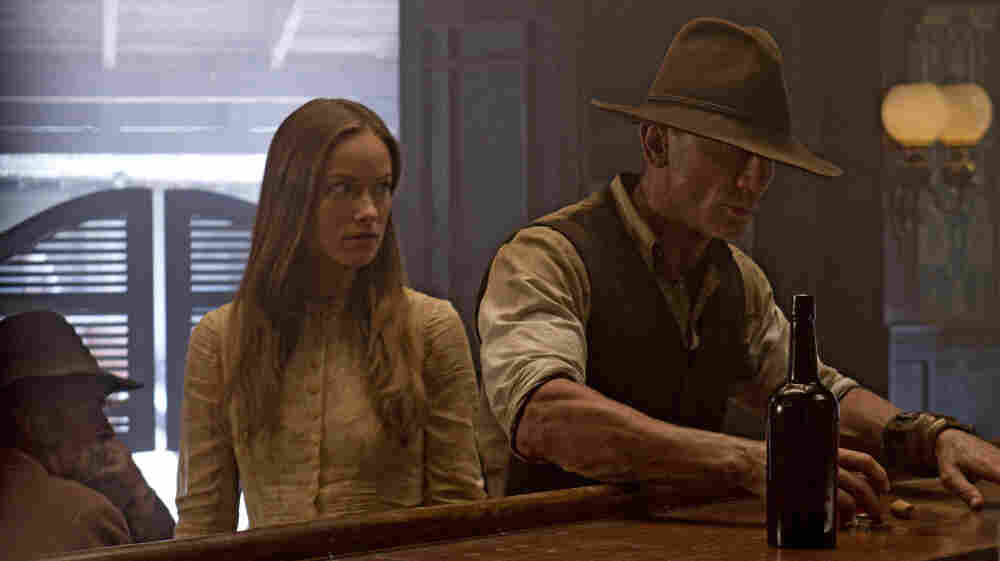 Olivia Wilde stars as an elusive traveler, and Daniel Craig plays a stranger with no memory of his past in the sci-fi Western Cowboys & Aliens. Zade Rosenthal/Universal Studios hide caption

Rated PG-13 for intense sequences of Western and sci-fi action and violence, some partial nudity and a brief crude reference

The sci-fi Western Cowboys & Aliens has something for everyone, and not enough for anyone. I couldn't help thinking of the missed opportunities to play with two such disparate American genres. That said, Jon Favreau is a crafty director; he adds suspense to a bland story by withholding all the pertinent details, keeping us in a happy state of anticipation.

It starts with a start. Rugged, blue-eyed Daniel Craig wakes up in the desert with a wound in his side, a metallic bracelet on his wrist, and no memory, though he has super fighting skills. He's haunted, but by what? He walks through the swinging doors of a saloon in a failed gold-mining town and drinks to ease the pain. But being a Western hero, he's soon punching out rich bully Paul Dano who's beating up mousy saloonkeeper Sam Rockwell. Then Dano's daddy, a baleful Harrison Ford, shows up with his men and it looks like there'll be shooting until — what the heck? The camera makes like Spielberg's, tracking in on characters gazing at a glow on the horizon that turns out to be little ships that whiz in and snatch up screaming earthlings.

No spoilers, folks. But Cowboys & Aliens pulls off a neat sleight of hand. It makes all earthlings equivalent to Native Americans in revisionist Westerns, underdogs fighting against imperialist invaders. Nothing brings people together like aliens: The outlaw, the greedy capitalist boss, and even the Native American chief are now on the same side. 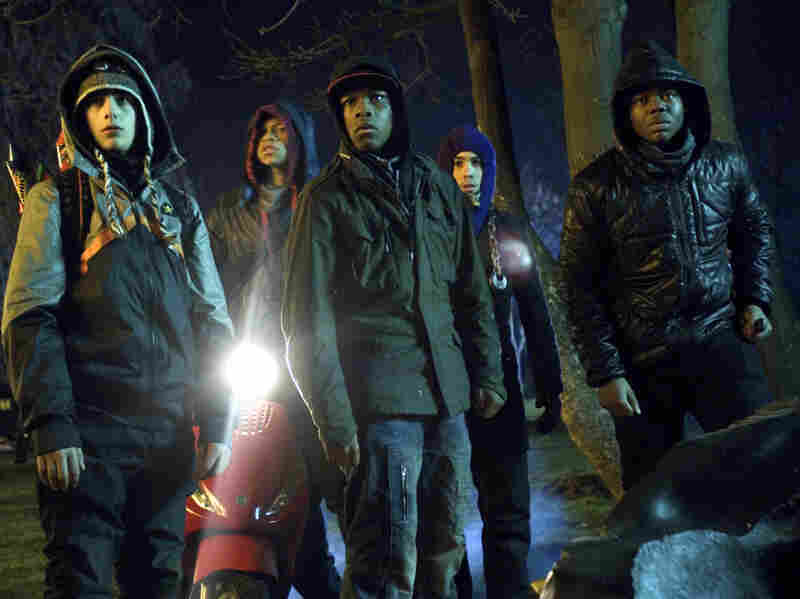 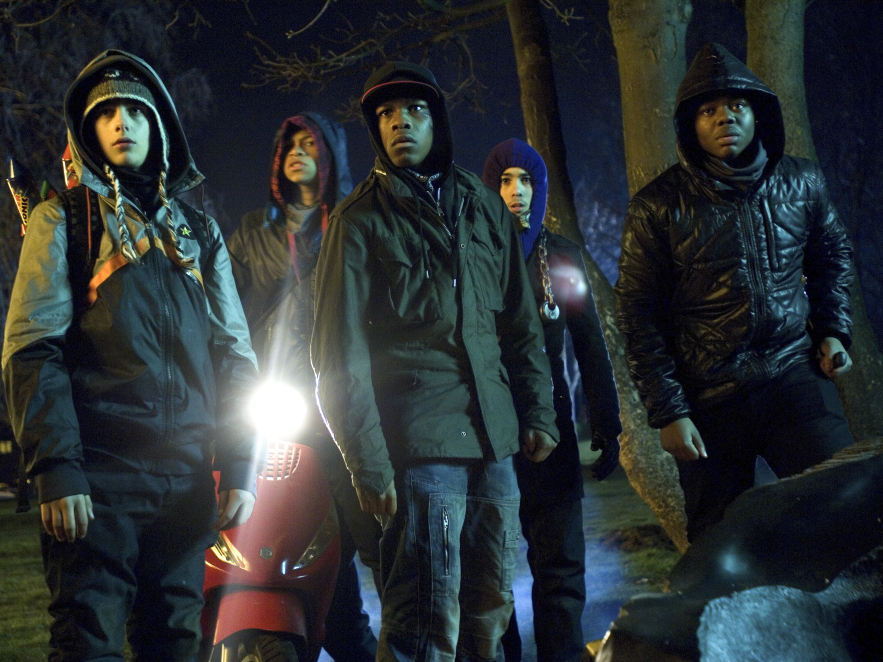 Too bad those aliens are a massive disappointment, their ships clearly computer-generated and too fast to generate much awe, the CGI E.T.'s — apart from one Nazi-like surgeon — anonymous. The cowboys get the screen time, sometimes too much. Rumor has it Ford insists on having his parts beefed up, so even with a supporting role he has draggy scenes in which he gruffly bonds with the sheriff's grandson and acts racist toward his Native American top man Adam Beach. Gorgeous, cat-eyed Olivia Wilde stands around as a woman who — what on earth is she doing? In Cowboys & Aliens, not knowing is more fun than finding out.

The low-budget British film Attack the Block has what's missing from Cowboys & Aliens. It's wall-to-wall sci-fi pop culture bric-a-brac yet feels homegrown. The gang of hooligans, mostly black, live in a South London project and mug a white nurse played by Jodi Whittaker. So it's neighbor against neighbor until the creatures plummet to Earth. One describes them as looking like a monkey crossed with a fish, and they have iridescent fangs that rip people to shreds.

As leader of the gang, John Boyega has the poise of Denzel Washington and a gift for playing three things at once: pride, courage and fear. He can't be shown up — which is why he chases down the first little alien, kills it, and carries it on a stick like a trophy. It's only later he understands his macho instinct for revenge has indirectly caused much of the carnage.

But not all. These are nasty creatures and there's tons of splatter. But ultimately this is the story of kids on their own, with no authority figures who believe their story. One kid even wonders if the creatures weren't sent to kill black boys because, quote, "We ain't killing each other fast enough." To defend the block, they grab ninja swords, guns, and fireworks, and, teaming up now with Jodi Whittaker's nurse, prove they're made of nobler stuff.

Attack the Block was written and directed by Joe Cornish and the executive producer was Edgar Wright, who made Shaun of the Dead. Cornish, like Wright, uses genre parody and homage not to deflate his material but rethink and revitalize it. Unlike the colossally budgeted Cowboys & Aliens, you don't come out of this one thinking, "I wonder how much that cost."