Accessibility links
Favreau Tips His Hat To The Western With 'Aliens' In Cowboys & Aliens, actor-turned-director Jon Favreau brings science fiction to the saloon. He talks with NPR's Mary Louise Kelly about mashing up genres while staying true to the classic Western. 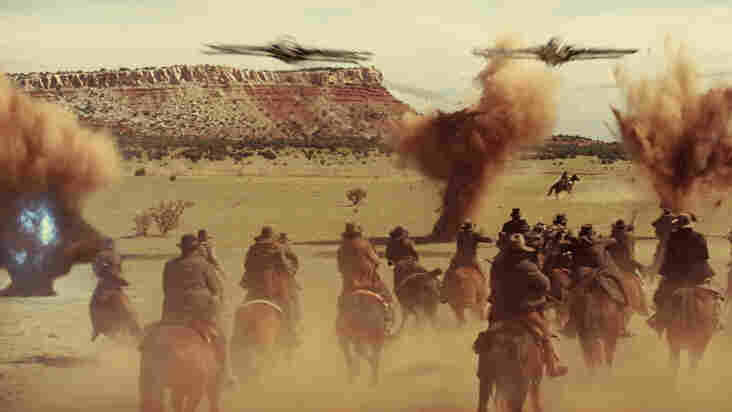 Set in the old West desert town of Absolution, Cowboys & Aliens has almost everything you'd expect to see in a classic Western: gunslingers, shoot-outs, saloons ... and aliens.

Just think of it as gourmet comfort food.

As a director, Favreau is best known for his Iron Man mega-hits, but he says he was cautious not to let his latest film devolve into a sci-fi action popcorn movie.

"The trick is to discipline it so that the scale of the film remains a Western all the way through," he says. "Make it feel like a Western, don't immediately turn it into Independence Day." 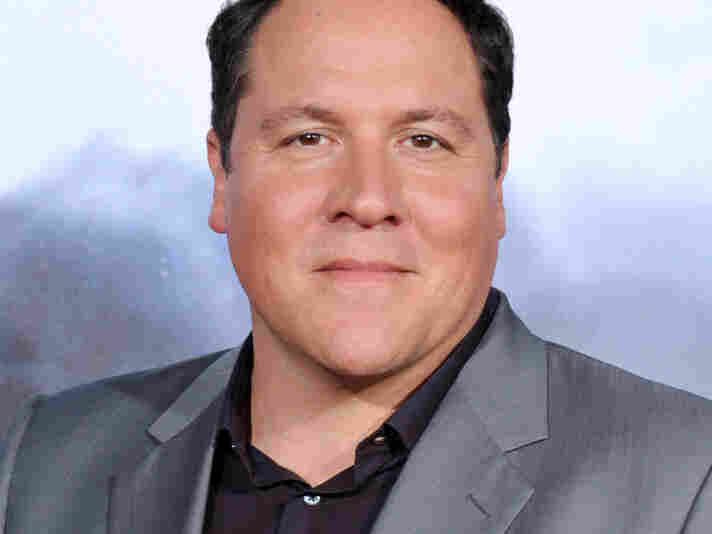 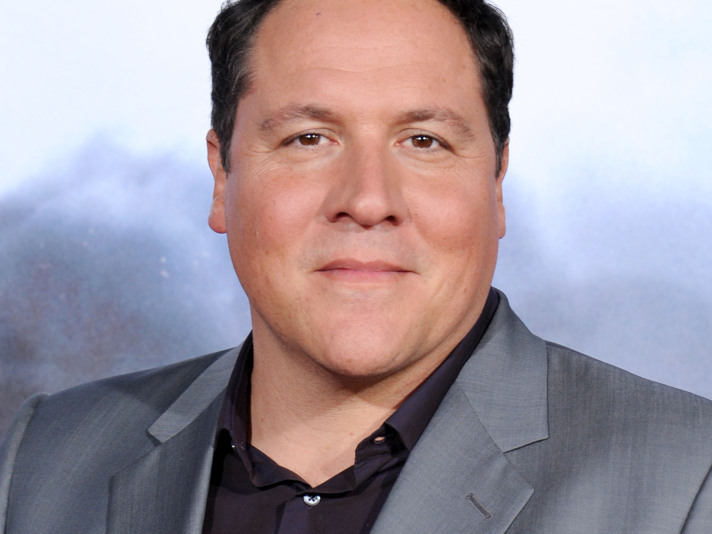 Jon Favreau began his career as a comedic actor but has since directed box-office smashes like Elf, Iron Man and Iron Man 2.

Learning From The Greats

To keep the film's action in the Western style, Favreau says he looked to director John Ford for inspiration. He even had a private screening of Ford's classic Western The Searchers with Steven Spielberg, one of the executive producers for Cowboys & Aliens. Spielberg followed the screening with a lecture on how to make a good Western.

"That was the key," Favreau says. "I'm amazed he hasn't done [a Western] yet because he has an encyclopedic knowledge of John Ford ... He is a dyed-in-the-wool Western fan."

So what is the key to making a good Western?

"It's about this twist you put on a very confined set of characteristics," Favreau says. "It's a very specific form with a specific cast of archetypes and each generation revisits the same Western tropes and puts a slightly different spin on it based on their context."

Unfortunately, he says, his generation has yet to leave much of a mark on the Western.

Not Just 'Mashing Up Cowboys And Aliens'

If Cowboys & Aliens wasn't already teeming with crossover appeal, then casting the faces of James Bond (Daniel Craig) and Indiana Jones (Harrison Ford) in the leads probably did the trick. Favreau says that was no accident.

"I felt that part of the fun of this movie wasn't just mashing up cowboys and aliens, but also Bond and Indy," he says.

In fact, he says he consciously infused Craig's character with a Bond-like, supernatural ability to get out of trouble — like the opening scene in which an unarmed Craig disarms three men with shotguns in less than 10 minutes, before walking off into the sunset.

Harrison Ford, meanwhile, plays somewhat against type. Indiana Jones and Han Solo were jaded but likeable heroes, but in Cowboys & Aliens Ford is more of a curmudgeon — and a bit of a racist.

"Yeah, we took a lot more liberty with it since it was him," says Favreau, who grew up watching Ford on the big screen. "If you're a student of the Western, Harrison Ford I think is our analog to John Wayne. They both had tremendous bodies of work, good will [and] always came off more likable than they would seem on paper."

'Cowboys And Aliens' On The Wild, Mash-Up Frontier

But there's also something very Western about casting Ford as a curmudgeon. After all, Favreau says, John Wayne's character was pretty anti-Native American at the beginning of The Searchers — but he changes over the course of the film.

Favreau says he appreciates how the Western format gives characters room to grow.

"The character arcs are very strong and arguably more interesting and exciting than the action that is metaphorically representational of those arcs," he says of his film. "So, what our job is ... in a Western is to lay out characters that have a long way to go, and through overcoming their own inner demons they can then fight off — in this case literally — external demons."