Accessibility links
Solving The 'Glee' Graduation Problem 'Glee' has to decide how to deal with the impending graduation of three characters, which is a problem with a simple, oft-overlooked solution. 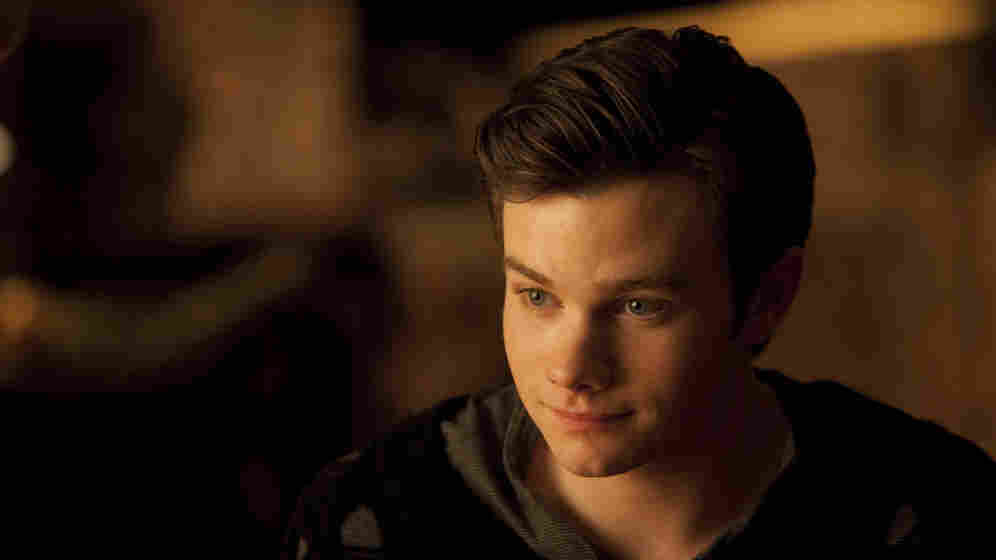 Chris Colfer, the Emmy-nominated actor who plays Kurt, is one of three actors whose status on Glee has been causing all kinds of controversy. Adam Rose/Fox hide caption 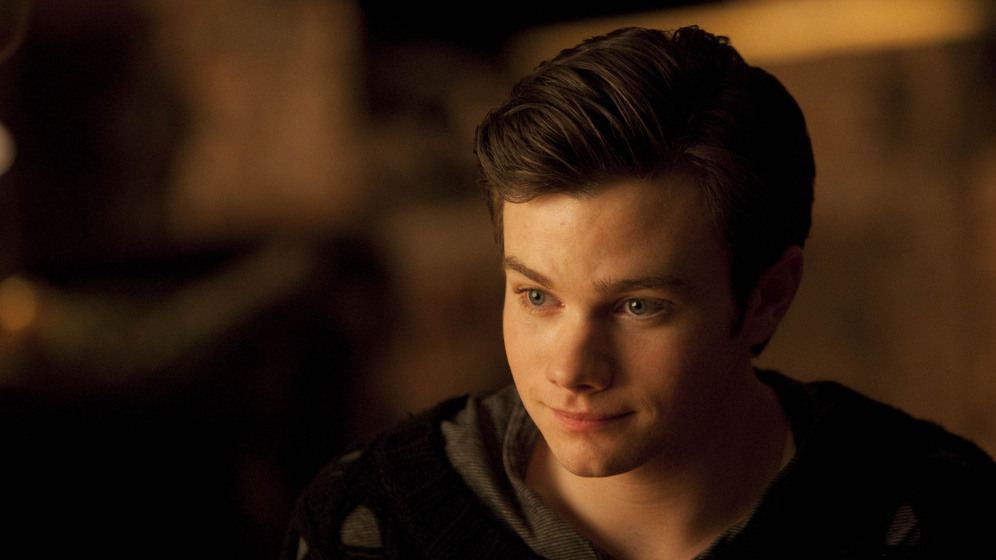 Chris Colfer, the Emmy-nominated actor who plays Kurt, is one of three actors whose status on Glee has been causing all kinds of controversy.

If you're on the edge of your seat waiting to find out if Chris Colfer, Lea Michele and Cory Monteith are leaving Glee after this upcoming season, you're not the only one. The showrunners themselves have been rather astonishingly uncertain in recent weeks, going back and forth until fans aren't sure whether to celebrate or mourn and the actors aren't sure whether to start lining up other jobs.

The problem is that when we return to McKinley High School, Kurt, Rachel and Finn will be seniors. And that creates a dilemma for the writers: Do they let the characters graduate and leave at the end of the school year, as high school seniors are wont to do, or do they contrive some way for the students to stick around and continue to be a substantial, ongoing part of the show's storylines? The former kicks two of the show's biggest stars (and Monteith) to the curb. The latter turns them into modern-day Woodersons. (There could always be a spin-off, but that doesn't really solve the problem for the existing show.)

Both options have substantial downsides. One is a gamble on whether new cast members (or even existing ones) can generate the same heat, and the other stretches credulity more than even a show like Glee, for which credulity-stretching has clearly never been a concern, might be able to bear. And they're both based on a faulty assumption that most shows seem to share: that the in-show timeline has to roughly correspond with the real-world calendar.

It's easy to understand why television series tend to keep pace with the seasons its viewers are experiencing (or would, if they weren't watching so much television). Changing weather keeps things from seeming static, and the parade of regularly-scheduled holidays and so forth offer easy narrative devices – such as Halloween, Christmas and Valentine's Day – on which to hang stories. And once you've done that, well, who wants to watch a Thanksgiving episode in March?

But that sort of strict adherence to the calendar creates plenty of problems, and not just in reference to the forced departure of people to whom neither the producers nor the fans particularly want to say goodbye. Friday Night Lights provides a prime example. The second most-infuriating development in the season two premiere was the fact that the show had jumped from the state championship game (in the wintertime) to the dog days of summer when football practice was gearing back up. To give perspective on this, in one episode, Tami learned that she was pregnant; two scenes into the next, she was taking care of the baby.

For a show like Friday Night Lights, which excelled at the minutiae of day-to-day life, that was massive. Who wouldn't have wanted to see what Pregnant Tami was like? (Probably worlds apart from Pregnant Mindy, that's for sure.) More substantially, though, by bypassing an entire half-year, the show missed out on a huge opportunity for a show about a football-obsessed town: to see what happens when there is no football. Instead, it opted to realign the show calendar with the calendar-calendar at the start of every season and make the suggestion (somewhat preposterous for such a superlative show) that nothing much happened in Dillon, Texas in the off-season.

That sort of thing happens a lot, especially in shows centered around high school and college. Community, for instance, began its second season with all of the characters catching each other up on what happened over the summer. Buffy The Vampire Slayer hewed so closely to the calendar that Buffy's birthday was typically celebrated on whichever episode fell closest to January 19 each year. (For some reason, apocalypses never seemed to happen during the hottest months.) Freaks And Geeks ended with Lindsay and Kim hopping on a bus to follow the Grateful Dead, with the assumption that, had the show returned, it would have picked up again when it was time to go back to the OTHER McKinley High.

And so on. There are certainly shows that have moved quite happily at their own speed, without regard to how time moved for the rest of us (and I'm sure that you'll be happy to remind me in the comments). The makers of Glee seem to forget that they can choose to make their own show one of them. That senior year for Rachel, Finn and Kurt? It can last one season of television, or two, or eight, if they so desire, so long as the stories are paced accordingly. Their impending departure is only a problem if Glee makes it one.