Accessibility links
HBO Grapples With The Future Of 'Game Of Thrones' It's good to have a hit on your hands, but as HBO learned when it faced questions from critics about Game Of Thrones, the more people like your show, the more they're going to want reassurance that under no circumstances will you let anything happen to it.

HBO Grapples With The Future Of 'Game Of Thrones'

HBO Grapples With The Future Of 'Game Of Thrones' 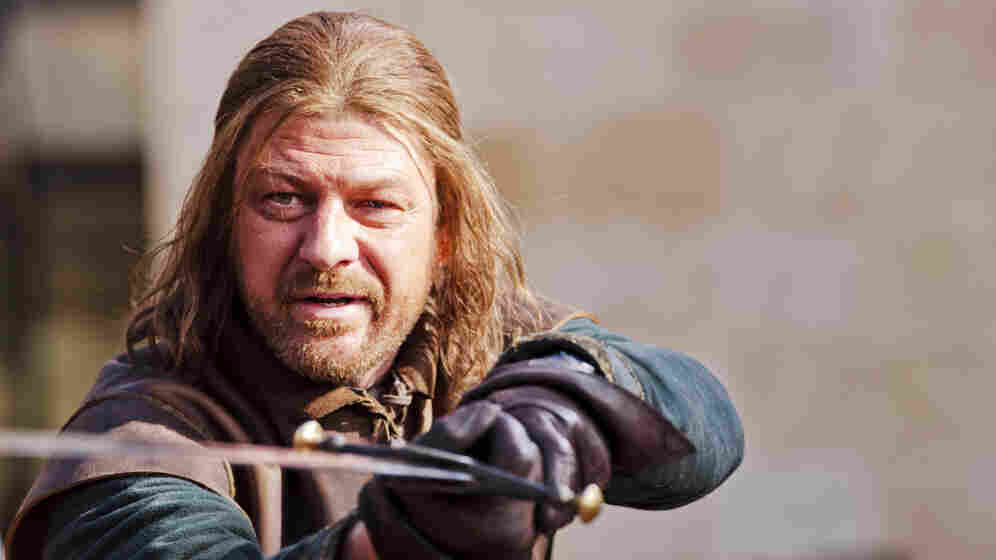 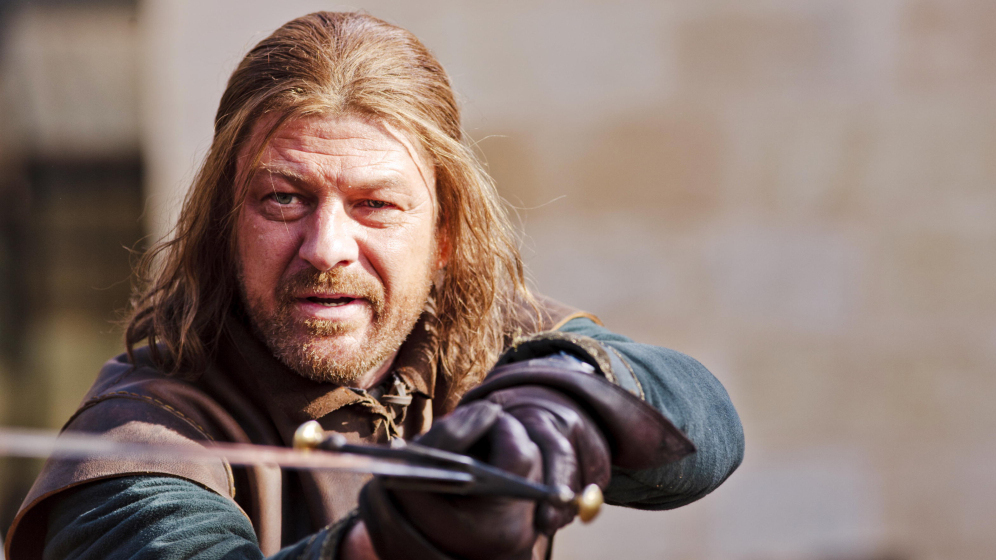 Sean Bean of Game Of Thrones.

It's safe to say HBO is very, very excited about the way Game Of Thrones performed in its first season, both in terms of viewership and in terms of critical reception, which culminated in 13 Emmy nominations. That pride was a big part of HBO's executive session at press tour — the session where each big network brings out some of its programming decision-makers to talk about scheduling, development, and plans for the future.

But, one critic asked HBO executives Mike Lombardo and Richard Plepler, what about the fact that Game Of Thrones is based on a planned series of seven big books, and that series isn't even finished being written yet? What do you do about the fact that the epic offers no obvious exit point once you plunge in? Initially, Plepler offered what would become the clearest statement the two would make on the topic: "We told George [R.R. Martin] we would go as long as he kept writing."

Lombardo, though, followed with a longer statement that included this ... qualification? Maybe? "As long as [producers David Benioff and D.B. Weiss] want to keep doing it, and as long as they're achieving what they did this season in terms of happy with the result, there's a lot of storytelling to tell."

The conversation moved on, but this is a room that's used to sniffing out possible cracks in what seems like a solid answer, so we were destined to return to an examination of the exact plan for managing the sheer amount of story that Game Of Thrones could potentially wind up needing to cover — and return we did.

The next inquiry concerned the structure of the seasons. Asked why many HBO shows get 13 episodes a season and GOT has been getting 10, Lombardo said it simply wasn't possible to physically execute more than 10 episodes a year of the quality they want to produce. He and Plepler also tried to clarify that it wasn't a strict requirement from the network that the producers cover an entire book in each 10-episode season. Would that answer the question?

Of course not. Later in the session, we once again returned to the possibility that the entire story of GOT will somehow not wind up being told. "This is a story that sort of has to finish at some point," said the next questioner. "And it can't finish in the middle." (Of course, TV stories finish in the middle all the time, but the assumption buried in the question was clear: You do not want to deal with what will happen if you stop telling this story to this particular audience before the end of whatever winds up being written by Martin.)

What the critic wanted, though — a guarantee that HBO would finish exhaustively covering the story as it's told in the books, was not forthcoming. Already running short on time, largely as a result of answering this very question in a number of different incarnations, Lombardo said, "I don't know where the show for us ends as opposed to the books. It maybe would be fantastic to be able to say, this show will go on for ten years and do every aspect of the books. I don't know that that will be the case."

Naturally, he and Plepler went on to stress that they're optimistic, that they see no reason the show can't run for years, that they hope to be able to re-sign the producers, Benioff and Weiss, for more after their current contract runs out.

But they know what they're in for if they make a promise that they can't keep. After all, they don't even know if they'll still be at HBO when a hypothetical Game Of Thrones fifth or sixth season is being planned. The producers could leave, the audience could desert them ... things can happen. Nobody is going to promise 70 or 80 or 100 very expensive hours of television, some of which are theoretical adaptations of as-yet-unwritten novels from a notoriously painstaking author.

Game Of Thrones has done very well for HBO. But this discussion underscored that many great successes carry with them nagging questions, and 10 episodes in, those questions are already nipping at the network's heels.