Accessibility links
Songs For The Delivery Room: One Woman's Playlist Given the chance to make a soundtrack for one of life's most profound moments, a beat was a must. 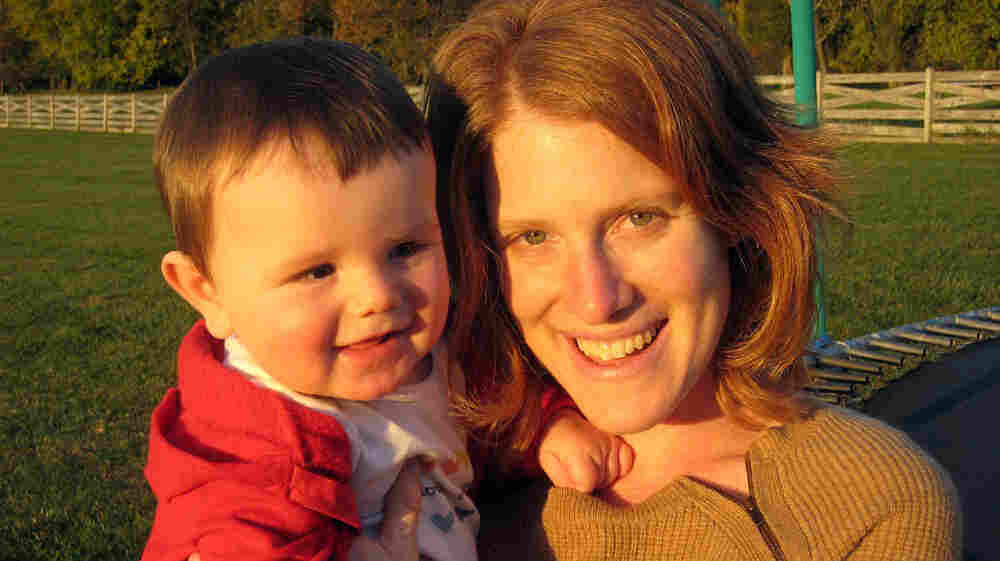 Alison MacAdam with her son, Abe, about eight months after she put this mix to use. Courtesy of the MacAdam family hide caption 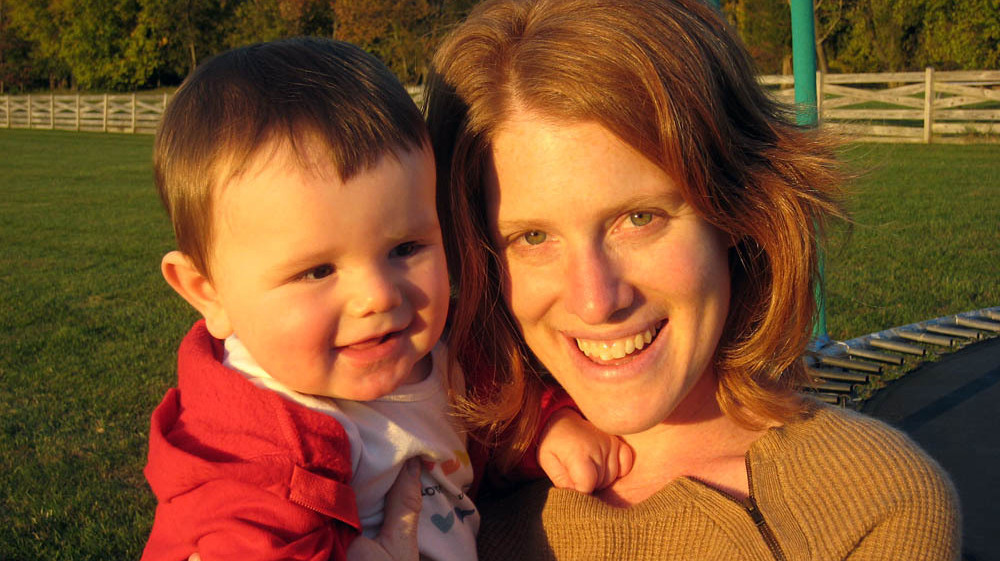 Alison MacAdam with her son, Abe, about eight months after she put this mix to use.

Courtesy of the MacAdam family

Pregnant? Making a mixtape to accompany your labor is not likely your first consideration. It certainly wasn't mine back in the snowy winter of 2010. But many hospitals and birth centers promise you CD players or even iPod docks in the delivery room. Medical professionals encourage you to bring music to help you bear the experience.

When I'd reached the waddling, almost-ready-to-pop phase, I went to a preparatory class at my midwives' office. They showed us a video of a woman giving birth. As she moaned and pushed, we could hear in the background the voice of Enya singing. Remember? From 1988: "Sail away, sail away, sail away."

The pregnant woman had chosen the repetitive, reverb-ridden Enya to help her get through labor. And I was struck not only by the fact that this video was (hopefully) quite old, but also by the fact that the song represented everything I did not want to hear when I gave birth.

Giving birth is athletic. It's intense. For some people, it's terrifying. For some, it's exhilarating. We don't often get the chance to compose a soundtrack for life's most profound moments. But given the opportunity, I did not see the point in calm, supposedly soothing music.

I wanted a beat.

So I dove into my CD and MP3 collection in search of rhythmic songs. I wanted music that felt powerful and profound, songs that would keep me moving while I was in terrible pain. You could call it the ultimate workout tape, minus the C + C Music Factory ... plus, a baby.

Here's what I came up with:

"Ten Thousand Words" – The Avett Brothers – I and Love and You

"All at Sea" – Jamie Cullum – Twentysomething

"Dry Your Eyes" - The Streets – A Grand Don't Come for Free

The point is not the list of songs I happened to choose, but the concept. Composing a labor mix is a chance to be creative, both about music and a vision of giving birth. And in my opinion, defaulting to the easy-listening stuff is sort of like seeking oblivion, rather than embracing one of life's most excruciating and amazing experiences.

In the end, my mix wasn't actually all that creative. Some slow songs even crept in, songs that embarrass me now. So I'm looking for readers and listeners to offer some better examples. Who gave birth to heavy metal? Avant-garde jazz? Beyonce? The Beatles?

Share your stories here or write to All Things Considered. And dads, you can write in, too. Surely you had opinions!