Accessibility links
A 'Whistleblower' Made Into A Hollywood Heroine Kathy Bolkovac's experience uncovering human trafficking in Bosnia has been turned into a new movie starring Rachel Weisz. In 1999, Bolkovac discovered that aid organizations were turning a blind eye to, and sometimes participating in, forced prostitution. 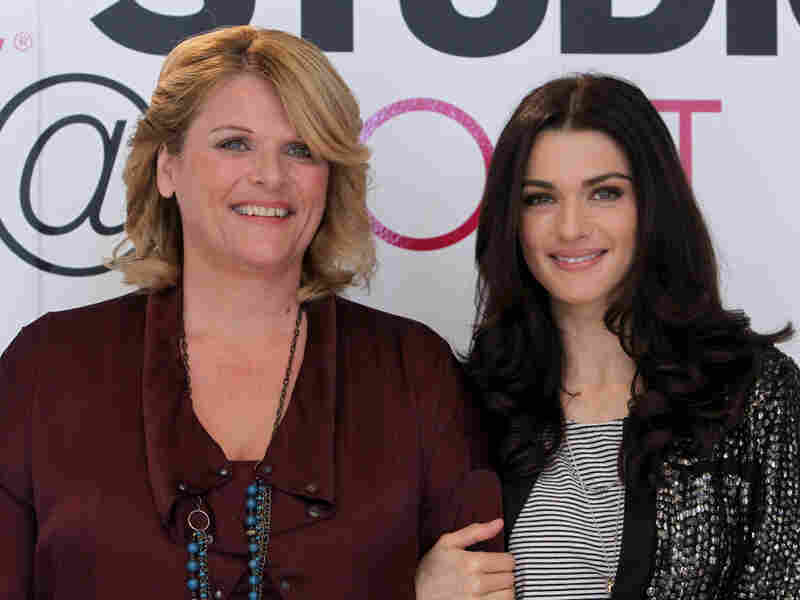 Kathryn Bolkovac (at left), the inspiration for the film The Whistleblower, poses at the Toronto Film Festival in September, 2010 with actress Rachel Weisz, who plays the character based on Bolkovac in the film. Alexandra Wyman/Getty Images hide caption 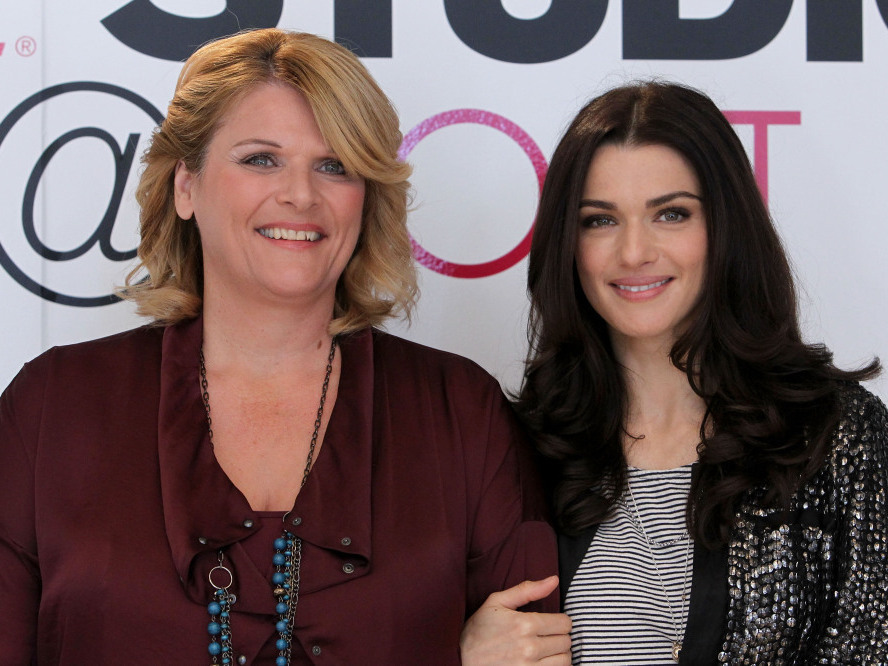 Kathryn Bolkovac (at left), the inspiration for the film The Whistleblower, poses at the Toronto Film Festival in September, 2010 with actress Rachel Weisz, who plays the character based on Bolkovac in the film.

In 1999, Kathryn Bolkovac had run into hard times. A police officer in Lincoln, Neb., who had recently lost custody of her daughters in a divorce settlement, she was looking for a new job that would give her the means to live near them.

When Bolkovac heard she could earn good money in a short period of time by becoming part of the U.N. International Police Force in Bosnia — run by a private British agency called DynCorp — she decided to sign on.

She found herself in the middle of an alarming human trafficking web. Mobsters were transporting teenage girls to bars and brothels for sex, and beyond turning a blind eye, the security firm and U.N. personnel seemed to be caught up in the trafficking themselves. She tried to sound the alarm, and she was fired.

Bolkovac, whose story has been adapted into a new movie called The Whistleblower (opening in some theaters on Aug. 5) tells NPR's Scott Simon that her suspicion was first raised during a training session in Ft. Worth, Texas, before she ever left for Bosnia. "One of the men who had done previous missions in Bosnia came bounding into the pool with a beer stating where he could find really nice 12- to 15-year-olds once we got to Bosnia," Bolkovac says. Bolkovac says she and the other new officers tried to convince themselves they had misunderstood.

But once she got to Bosnia, the human trafficking was incredibly apparent. "It wasn't even well-hidden," Bolkovac says. "These brothels were disguised as bars and restaurants and hotels and strip clubs and dance clubs, and they were just scattered throughout the hills of Bosnia. The clientele were all internationals. I mean, let's face it: the locals didn't have the money to spend on this kind of an operation, so the international money was definitely funding the flow of the trade." 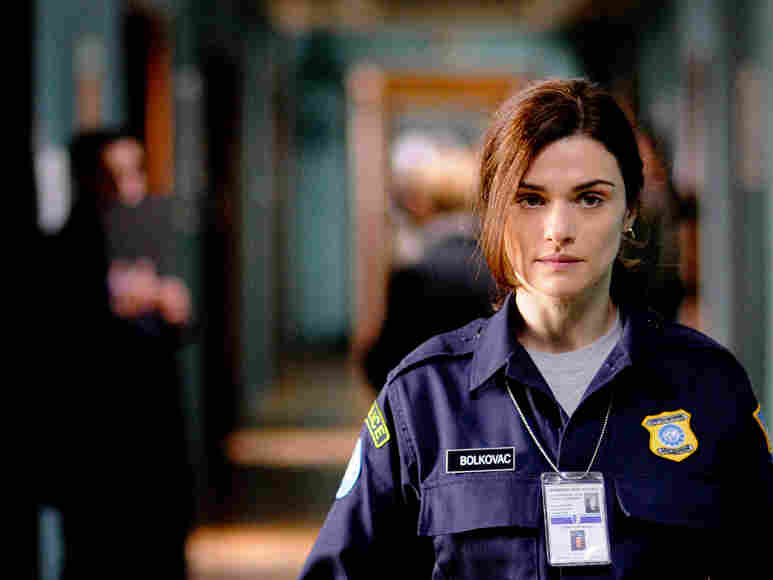 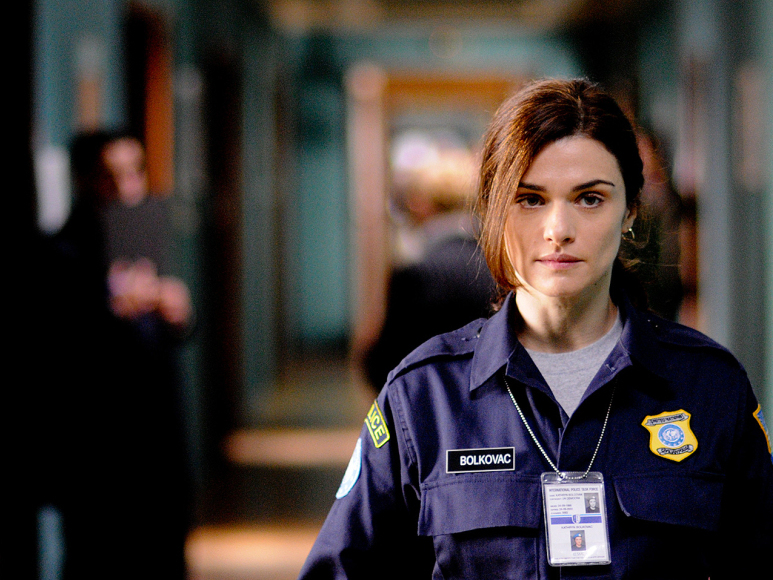 Rachel Weisz as Kathy Bolkovac in The Whistleblower.

Every Excuse In The Book

Bolkovac says she did her best to treat victim reports individually. But when highly identifiable internationals were named as perpetrators, she forwarded the cases to the internal affairs unit. She says that some reports eventually wound up on the desk of Jacques Paul Klein, the Special Representative to the Security General.

"Ultimately they were just trashed," Balkovac says. "I mean it was just so incredible that they wouldn't take any action on this. And then, I had a supervisor actually at the time who knew this was going on — a female supervisor — and she said, 'You know, you might at well start making copies and start a file on these because this is just going to be a snowball effect.'"

In the movie, that supervisor — Madeleine Rees — is played by acting legend Vanessa Redgrave.

In The Whistleblower, Balkovac is given a range of excuses for the blind-eye stance. "Come on, this is war," she is told. It was reasoning Balkovac herself faced. "That's been the status quo for the past 50 to 100 years," she says. "That these women are whores of war, they're just prostitutes, they want it. If they want out of this why don't they whisper in our ears when we go into these bars that they're being held captive? And yeah, there's just every excuse in the book."

Balkovac says she soon noticed that the U.N., the State Department and other investigative bodies were more focused on damage control than prevention. Occasional bar raids achieved only mixed success.

"So many of these girls were obviously not free to speak and were afraid for their lives and certainly weren't going to tell the very people who were perpetrating crimes against them, who came to 'save' them, that they wanted out," Balkovac says. Those few girls who did ask to go home were "herded out like cattle," only to enter into bureaucratic mazes.

"There were no safe homes to put them in. There was no psychological counseling," Balkovac says. Some girls had no passports. "A lot of these women were either jailed for short periods of time as illegal immigrants or prostitutes and then, you know, forced out of the country and ultimately probably picked up again. There's documented cases when they were met at the airport in their home country by corrupt police on the other end ... and simply put right back in the trade. So it was just a vicious circle."

Struggling To Gain Trust, And To Set Emotions Aside

In one jarring scene from The Whistleblower, Balkovac's character, played by Rachel Weisz, fights to gain a victim's trust. Balkovac remembers a similar incident during a bar raid in Zenica. "A young woman had escaped and reported to me that other girls were captive there in The Florida, a brothel in the hills," Balkovac says. "I went to this bar ... and found seven young women locked in a room upstairs. Very similar conditions to what's portrayed in the film, with condoms hanging over the trashcan, their clothes stuffed in plastic bags. [They were] scared to death, stating they didn't want to be found floating in the river."

Yet Balkovac had trouble convincing them to leave. "It was just so heartbreaking to see the tough exterior, knowing that these were just such young, young innocent victims underneath," Balkovac says. She says it's important to remember the intense psychological trauma these girls have already been through.

"These girls are — sometimes willingly — brought from countries thinking they're ... going to go into these great jobs in the West, and are forced into prostitution," Balkovac says. "But in order to do that, you don't just take the girl off the street and put her in a brothel and tell her to start working. You basically rape, abuse and mortify these girls through horrible, traumatic acts in order to get them to do that."

Despite having had training to put emotions aside, that task was sometimes impossible, Balkovac says, especially since she had daughters at home. "Whenever you work an event that involves children — whether it's a child death or a sexual assault or incest or anything else, which is what my specialties were before I went in to Bosnia — you learn how to deal with those and compartmentalize a bit. But you know, I'd be lying if I said there certainly weren't moments when the children — my own girls — were going through my mind."

Balkovac hopes her work, and the new film, will encourage people to think about human trafficking from all facets. She says that investigations should also examine international missions and bodies that fuel and facilitate demand. "Until we crack down on the demand-side ... all these ethics policies and everything else that they're trying to work around and create aren't doing a bit of good. We need, you know, more training. We need more development of police officers and how to do good investigations and we need to make sure that we change laws."

Balkovac has her eyes on the Civilian Extraterritorial Jurisdiction Act that Sen. Patrick Leahy of Vermont and Rep. David Price of North Carolina (both Democrats) have reentered in Congress. The bill would give the Department of Justice authority to investigate overseas crimes and make arrests off our domestic soil. "It would give us a really good way ... to be more accountable for our contractors and civilians working in the missions," Balkovac says.