Accessibility links
It's Law: There's No Green Chili Like A New Mexico Green Chili The heart of chili pepper country in southern New Mexico is the tiny village of Hatch, which bills itself the "Chile Capital of the World." A new state law aims to protect this food heritage by preventing foreign peppers from being labeled as New Mexico-grown. 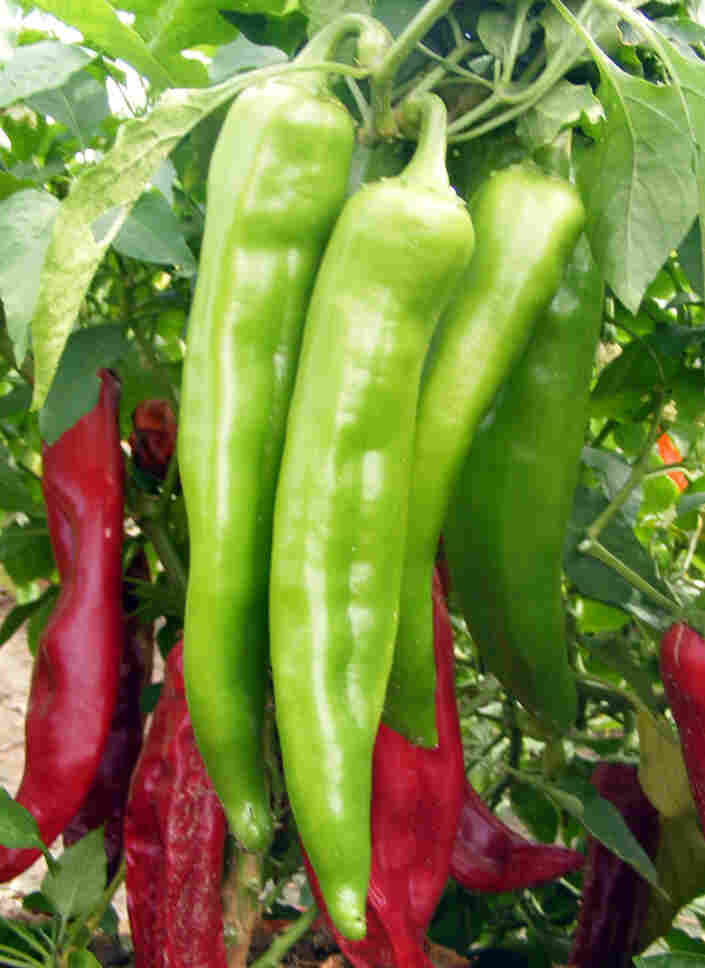 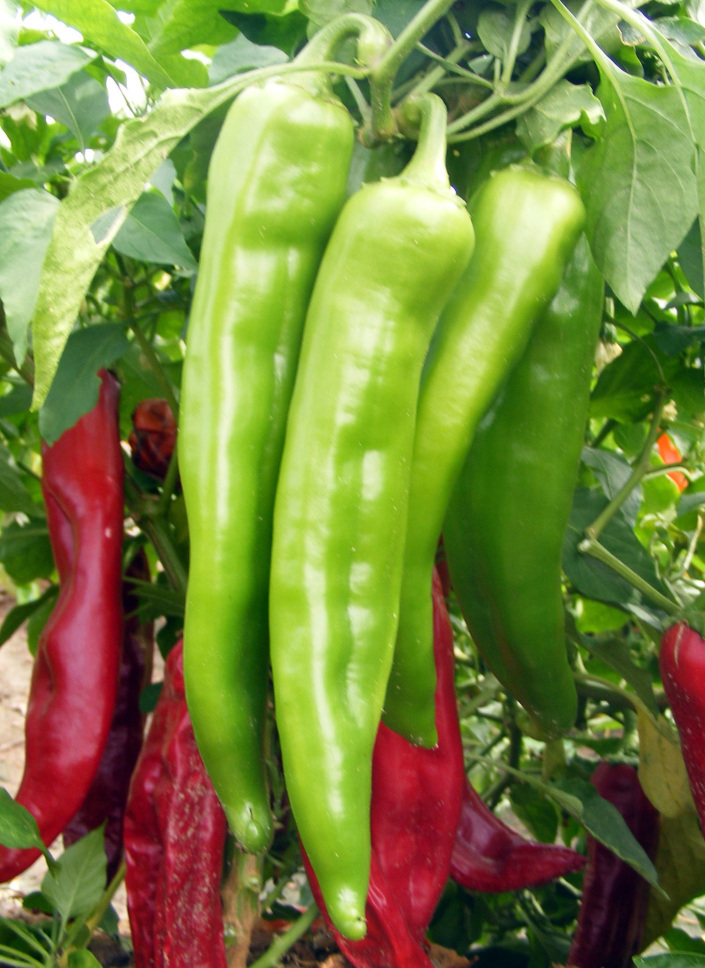 New Mexico chili peppers are distinct, but locals in the pepper industry have been struggling to compete with the foreign pepper market. A new state law requires that only New Mexico-grown peppers are labeled as such.

The heart of chili pepper country in southern New Mexico is the tiny village of Hatch, which bills itself the "Chile Capital of the World." A new state law aims to protect this food heritage by preventing foreign peppers from being labeled as New Mexico-grown.

At the heart of the "Chile Capital" is the Pepper Pot restaurant, which exclusively serves New Mexico-grown chilies. In the kitchen of the Pepper Pot, owner Melva Aguirre churns out hundreds of plates a day of chili rellenos.

"A lot of people use Spam. A lot of people don't eat meat, so they put cheese in them," she says. "When it's time for me to make it for the chili festival, I have to make up to 3,000 to use on the weekend."

Tens of thousands of hot-pepper fans converge on Hatch each fall for the annual chili pepper festival, all devotees of the smoky, rich flavor distinct to the New Mexico variety.

Aguirre grew up picking chilies, and her brother still works the harvest each year.

Chili farmers eat at her restaurant so often they unlock the doors and let themselves in for breakfast. Everything on her menu has chili.

Stephanie Walker is an "extension vegetable specialist" at the Chile Pepper Institute at New Mexico State University. She's like the Encyclopedia Brown of facts on hot peppers.

Here are a few of her facts on chilies:

Walker's job is to study and grow chilies. She says New Mexico peppers get their special flavor from the state's environment: high altitude, long seasons of heat and sunlight, hot days and — yes — "chilly" nights.

But chilies are also a tough crop for farmers because they're sensitive to drought and parasites, and they have to be harvested by hand. That's one reason the number of acres devoted to New Mexico's heritage crop has dropped more than 70 percent over the last two decades. It's also why Walker is supporting the new state law.

Walker sees part of her job as protecting farmers such as Shane Franzoy.

Franzoy's been walking pepper fields ever since he was old enough to walk. His family has farmed in Hatch Valley for four generations. But these days, it's onions and alfalfa that are the moneymakers for the farm.

The price of red chilies has dropped to the point where he's only growing them for seed. The market for the green chili, which is just a fresh version of the dried red, is a little bit better. Shane says buyers are looking to cheaper chilies from China, India or just south of the border, in Mexico.

Franzoy says the extra expense for his chilies comes mainly from the cost of labor and the regulations necessary for growing the chili.

Even though his chilies are more expensive, Franzoy can still rely on food processors like Gene Baca at Bueno Foods.

Baca is head of the New Mexico Chile Association. His family's company has been selling green chili salsa and roasts for decades. His morning oatmeal is the only part of the day that doesn't include a dose of chili sauce.

Since local chilies are not yet in season, the room where he processes green chili is empty. Baca is one of many producers who have pledged to sell only New Mexico-grown peppers for his company's sauces and roasts.

"[If] you did it strictly based on economics, we would probably be sourcing it from China or India," he says, "but that is not what we feel. We feel like we want to provide a very high-quality product, and so we concentrate our efforts on New Mexico, so that is where we put all our effort into it."

State lawmakers decided not to go for a federal certification or trademark for the New Mexico chili pepper. It would have cost a lot more to enforce, but it would have allowed the state to sue in federal court when outside growers label their peppers as New Mexico-grown. It also put U.S. Customs on the lookout for foreign impostors. Products from Idaho potatoes to Florida oranges benefit from this system.

For now at least, anywhere else in the country, a leather shoe could be called a New Mexico chili.

Baca would like for state agricultural officials to inspect and verify that his processing room isn't operating with chilies other than the ones he's promised out front.

"But I also think though that just getting it on the books really helps ... and really publicizing it helps," he says.

'What About Your Pride?'

Back at the Pepper Pot, Aguirre has a little sticker on her door from the "Keep New Mexico Green" chili campaign. She packs and freezes bushels of green chilies each season just so she can say truthfully that she serves up New Mexico-grown chilies year round.

Aguirre says using other chilies might be cheaper, "but what about your pride? What about being proud of what you do? If I buy chili from Mexico or another country, I'll be just like everybody else. It's just the pride of you owning something. This is mine."

She turns back to the kitchen to finish serving the lunch crowd. At the end of the day, Aguirre will be hustling home to make her husband dinner, which undoubtedly will include chili.