Accessibility links
Boehner's District Assesses His Role In Debt Talks House Speaker John Boehner has represented Ohio's conservative-leaning 8th District since 1990. In the past, it's been hard to find many who are critical of him, but his handling of the debt-ceiling negotiations has more residents offering criticism. 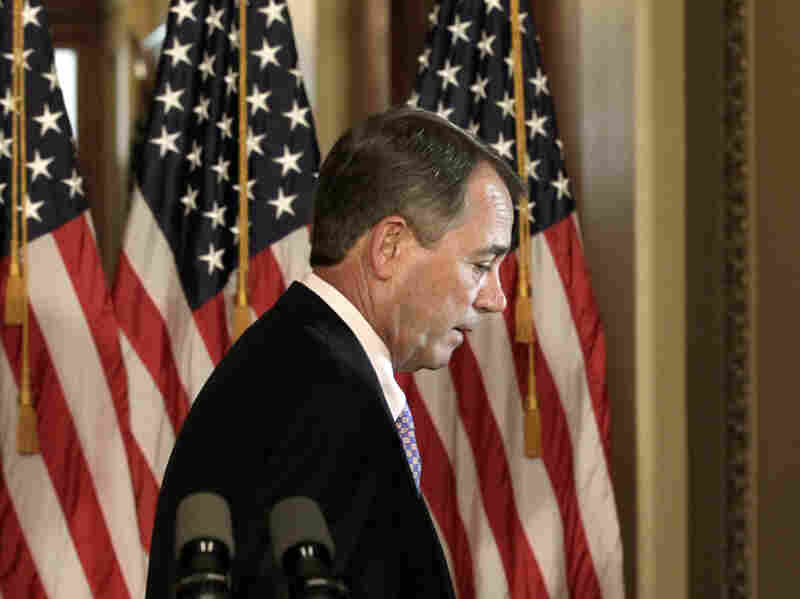 House Speaker John Boehner has represented Ohio's 8th Congressional District since 1990. His constituents have been paying close attention to his role in the debt-ceiling negotiations. J. Scott Applewhite/AP hide caption 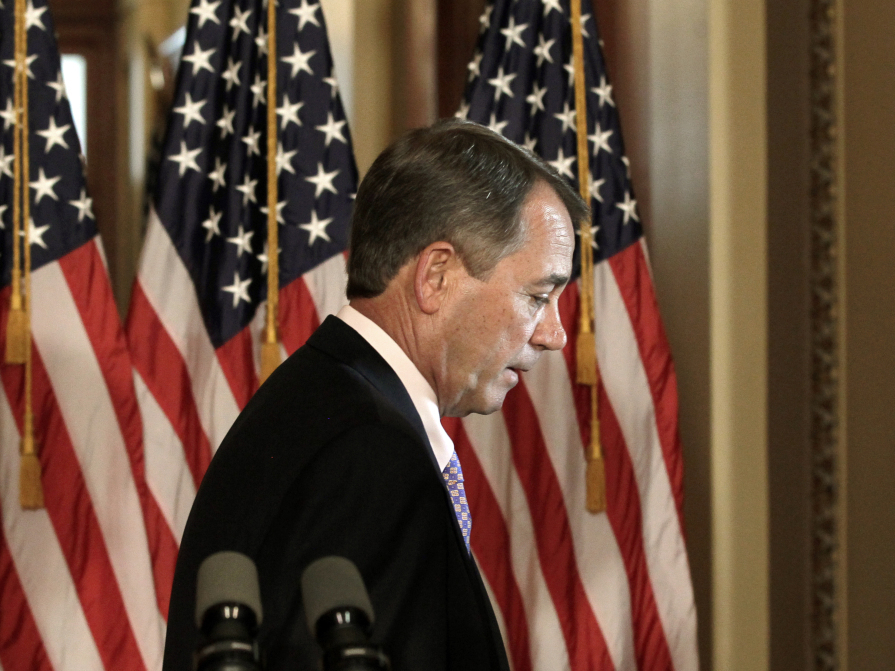 House Speaker John Boehner has represented Ohio's 8th Congressional District since 1990. His constituents have been paying close attention to his role in the debt-ceiling negotiations.

House Speaker John Boehner is playing a key role in the debt-ceiling negotiations. He's had to wrangle support from a divided caucus and from those across the aisle. Voters in his district are keeping a close eye on the man they elected to represent them.

Ohio's 8th Congressional District tends to lean conservative, and since 1990 it has turned to Boehner to represent the Southwest Ohio area of rural farms and upscale suburbs.

In the past, it has been hard to find many in the area critical of Boehner, but that was not the case over the weekend. Darren Williamson is from West Chester, Boehner's home city.

"He's making it pretty plain that he's beholden to the Tea Party. The 90 freshman that came in this year are basically holding the entire Congress hostage, and he's not much of a speaker if he can't get them to fall in line," Williamson says.

Finding consensus has been a struggle for the House speaker. It took many days of rewriting and political maneuvering to squeak his debt-ceiling plan through the House.

There's a split in the GOP between traditional members and Tea Party loyalists committed to smaller government, spending cuts and absolutely no tax increases. Bob Koop of West Chester says Boehner should stand stronger at the Tea Party's side.

"I think for sure this country's about ready to jump off the edge of the cliff," he says. "Everyone's going willingly and no one's recognizing the fact that this economy is about ready to crash under this large government philosophy."

Koop isn't the only Tea Party loyalist in Boehner's district. It hosted some of the first Tea Party rallies in the area and has a lot of support, but not everyone agrees with the Tea Party's efforts. Matt Luther lives in Mason, just outside of Boehner's district. He's in the National Guard and has been in the military for 19 years.

"This is the first time we've ever gone to war and not raised taxes, so for the Republicans to say we're not going to raise taxes is wrongheaded," Luther says.

However, Luther is not saying additional spending will solve all the problems either.

"Even if we raise these taxes, it's not going to raise the revenue that's required to start overcoming this deficit and bringing it down," he says. "We have to cut entitlement programs too."

The process of meeting the budget can be complicated, and some say the polarization playing out in Washington makes it worse. Emily King of Liberty Township says she wishes the Republican Party and Boehner would be more giving.

Compromise is what 73-year-old Mary Martha Baker of Hamilton wants to see. As she loads groceries into her car, she remembers the bitter partisanship that shut down the government in the '90s.

"I don't want to see things get worse. We had a hole for Obama to get out of that he just hasn't had a chance. You can't do that in three years, and I think he needs cooperation," Baker says.

Even if the two sides work more harmoniously, John Brown is not hopeful. As he loads up his truck at the Hamilton Farmers Market, he says the politicians are all just a bunch of good old boys, trying to pad their own pockets. He works hard for his living and expects everybody else to do that too, but he says he's not seeing that commitment from the current crop of Washington lawmakers. His solution:

"They all get voted out of office and they get a whole new group of people in there that really give a damn ... That's the way it is," Brown says. "You watch television and it's a shame, big business and lobbyists are ruining the country. The middle class [doesn't] stand a chance."

But with the next election still a year away, voters must look to Boehner and others already in office to come up with a compromise. There's not much more time left for the country to avoid defaulting on its bills.