Accessibility links
A New Way Around Internet Censorship? New software being developed at the University of Michigan aims to defeat Internet censorship by turning the entire Internet into an anti-censorship device. 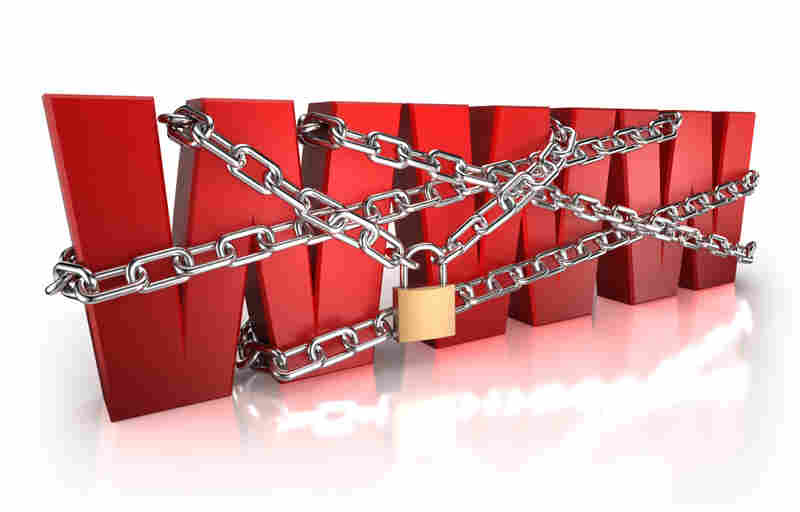 Alex Halderman, assistant professor of computer science at the University of Michigan, says the Telex software aims to turn the entire Internet into an anti-censorship device. istockphoto.com hide caption

China is stepping up Internet censorship, telling hotels and cafes they need to monitor public Wi-Fi usage or face fines and punishments.

China is already one of the most heavily censored places in the world — along with places like Burma (Myanmar), Iran and many Middle Eastern countries.

Now, new software being developed at the University of Michigan may help Internet users find away around the blockages. Alex Halderman is an assistant professor of computer science at the university, and one of the developers of the new system, called Telex.

He tells weekends on All Things Considered host Guy Raz that right now, most people in censored countries connect to third-party servers outside the country to get around censorship.

These machines "receive connections from people inside the countries and then bounce them off to whatever censored website the user wants," Halderman says. But it's usually not long until the censoring government finds and blocks one of these outside servers.

Halderman says Telex will get around this problem by turning the entire Internet into an anti-censorship device. The system has two parts, he says.

"First, there's software that you install on your computer. And then there are devices that we call Telex stations, that Internet service providers (ISPs) outside the country doing the censorship put on the pipes of the Internet. That is, on the wires that are carrying traffic."

So if you're in China, and you want access to a banned site like YouTube, you just type YouTube.com into your browser, and the Telex station will see that connection, and disguise it as something innocuous. You might be watching YouTube, but to a censor, it will just seem as if you're visiting a harmless, non-blocked site.

Halderman recognizes that the Telex system will require cooperation from Internet service providers on a large scale if it is to work.

But what if terrorists or other bad actors want to use Telex to disguise their visits to banned sites?

"Unfortunately, there are already effective ways that terrorists could potentially visit websites like that without being tracked down," Halderman says. "I feel that the Telex technology doesn't make that substantially easier for them."