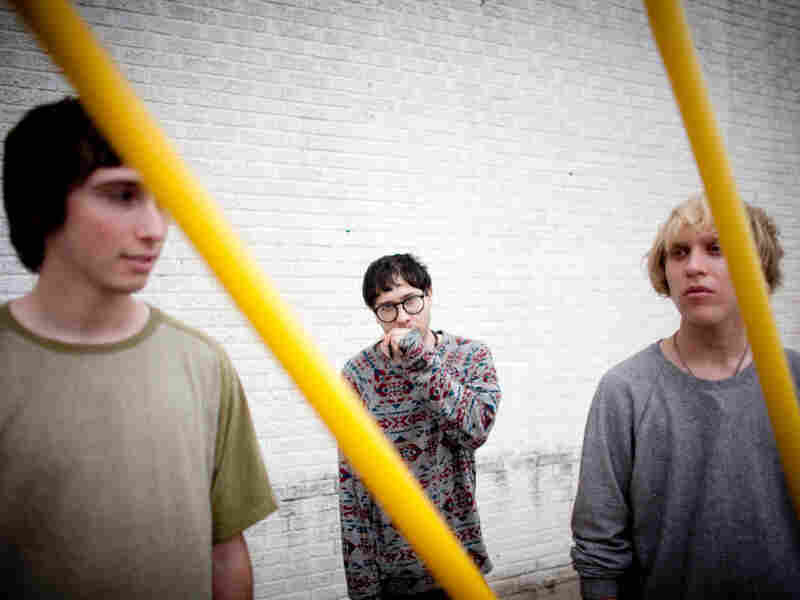 "Jello and Juggernauts" may show an intimate side of Unknown Mortal Orchestra, but it conveys a shadowy air. Allison V. Smith hide caption 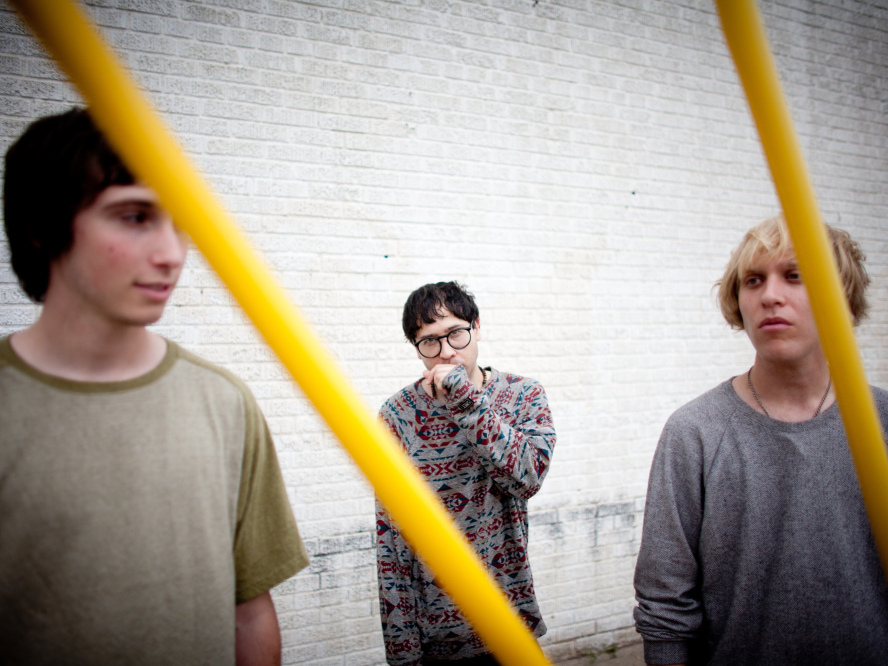 "Jello and Juggernauts" may show an intimate side of Unknown Mortal Orchestra, but it conveys a shadowy air.

For much of the past year, the lone image anyone had to associate with the aptly named Unknown Mortal Orchestra and its first single, "Ffunny Ffrends," was a photograph of the Petrova Gora Partisan Monument, which accompanied only a smattering of tour dates on the band's website and made its way to the cover of the band's self-titled debut. The photograph reflects the warm tones and feeling of old film, but at its center is the cold, metallic sheen of a futuristic monument that looks a bit out of place, as if some alien source might have accidentally dropped it there. It felt like a reflection of UMO's otherworldly music: The band's spacey melodies, irresistible hooks and nearly mechanical breakbeats were given a glowing lo-fi finish, but never a clear source.

As usual, though, the reality hardly measured up to the mystery. Unknown Mortal Orchestra began as a bedroom project of ex-Mint Chicks guitarist Ruban Nielson, intended mostly for his own benefit. After the first anonymous single spread from blog to blog, Nielson gathered up a band, signed to Fat Possum and released an album. But even as a plainer picture of the source behind Unknown Mortal Orchestra emerged, the music still carries an air of the unknown. Fuzzy vocals, heavy bass, driving riffs and jittery drums combine to create hazy, hypnotic grooves that owe as much to old R&B and soul as they do to late-'60s psychedelia and pop.

"Jello and Juggernauts," however, unravels more intimately, trading some of the haze for open air. The guitar gives way to a more spacious frame, while Nielson's soulful vocals rise closer to the surface, leading the hooks rather than getting lost in them. But even for its more exposed sound, the track hardly provides more insight into the shadowy trio behind it. Airy melodies still lead into neat guitar work. Nielson may almost earnestly sing, "Fears and judgments / I'll never understand," but true to form, he still follows the line with the inscrutable, "Jello and juggernauts / fit in my heavy hand." So even as the band's website gets fleshed out, and as Nielson racks up thousands of tweets, a glimmer of that original mystery remains.