Accessibility links
Stigma Hinders Treatment For Postpartum Depression Nearly 1 in 7 new mothers in the U.S. have a prolonged period of overwhelming depression or anxiety after giving birth. This postpartum depression occurs in the developing world, too. But psychiatrists say it's hard to get doctors interested in treating it. Many are not trained for it, and insurance companies often don't reimburse for it. 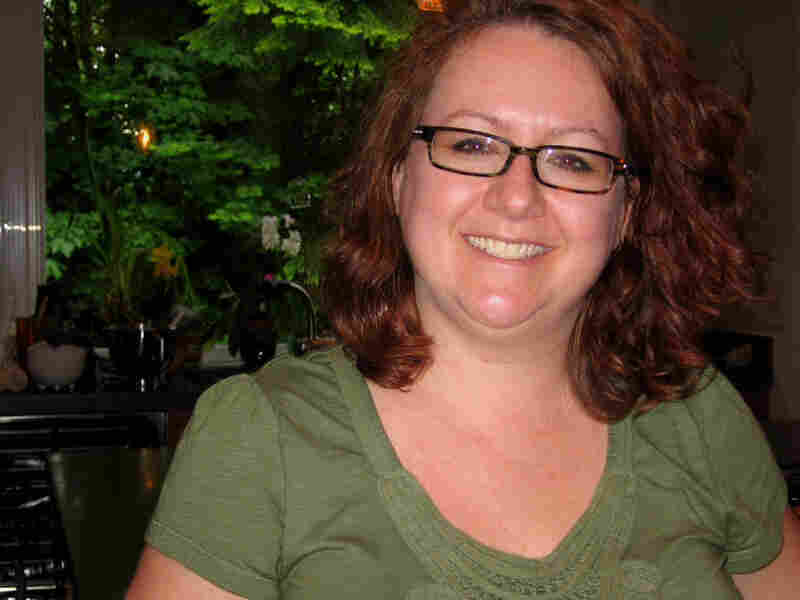 Heidi Koss suffered from PPD alone until she eventually found some relief through a support group. Joanne Silberner for NPR hide caption 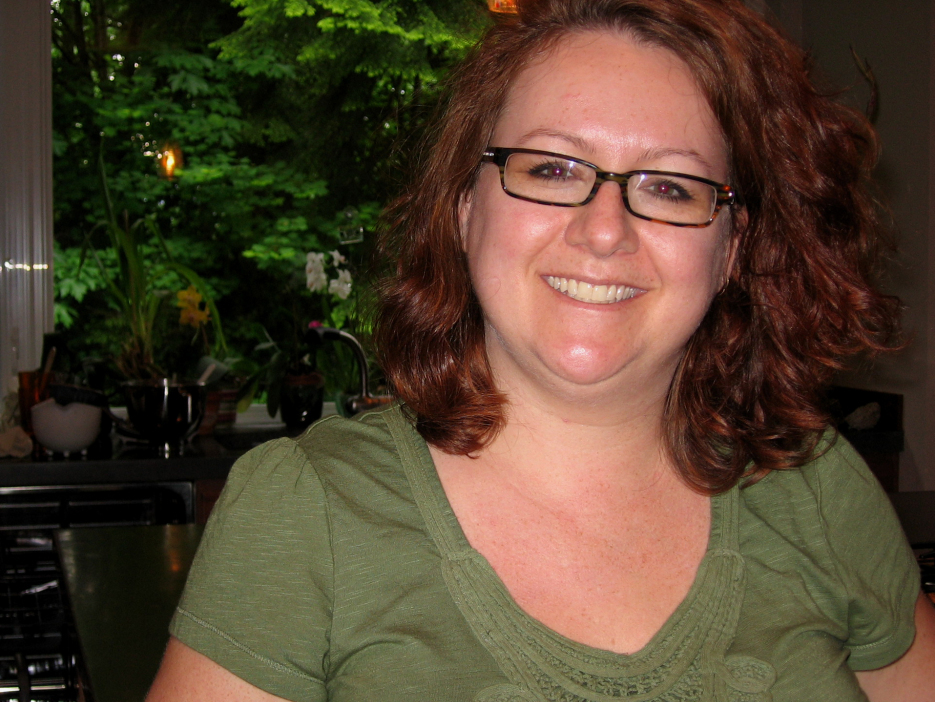 Heidi Koss suffered from PPD alone until she eventually found some relief through a support group.

When Heidi Koss picks up her daughter Bronwen from middle school in a Seattle suburb, it's completely routine: They chat about kickball and whether Bronwen ate the muffin her mother packed for a snack.

But 10 years ago when Bronwen was born, things were anything but ordinary, says Koss.

"I felt nothing toward my baby," says Koss. "One day I woke up and I didn't care about her."

Koss was going through postpartum depression, or PPD, thought to be caused by a combination of stress, genetics and hormonal changes. It was her second time; she'd also had it after the birth of her first daughter, Elora. Surveys show that 1 in 7 new mothers in the U.S. have a prolonged period of overwhelming depression or anxiety after giving birth.

PPD is different from the "baby blues," a term for the temporary sadness that can hit women right after birth for a few days or a few weeks. PPD lasts for months and bears a special stigma that makes it more difficult for mothers to get care, not just in the U.S. but in other parts of the world as well.

Postpartum Support International provides information and support for women with postpartum depression, their family and friends.

PPD information is also available on the websites of the National Institutes of Health and U.S. Department of Health and Human Services.

Symptoms can include changes in sleep or weight or activity levels, intense anxiety and a lack of interest in life. One study shows that half of women with PPD have obsessions, like thoughts of hurting their babies.

On The Brink Of Suicide

Koss had those violent thoughts, and they drove her to attempt suicide. Her husband pulled her back from a third-floor window ledge. She held a knife to her wrist. And at one point, she lined up a lethal dose of pills.

The only thing that that kept her from suicide was her conviction that no one would love her baby as much as she did, and no one would take care of her as well.

Her profound unhappiness was hard for her to admit at the time. "I felt like admitting that I was struggling meant I was a bad mother, so I kind of put on my best face and best foot forward and soldiered on," she says.

She eventually went to her obstetrician, but he said there was nothing much he could do. Then Koss found a support group, now known as Postpartum Support International, 17 months after Elora was born. After Bronwen was born, Koss got treatment, and while she still suffered symptoms, she says that with the help of the support group, she didn't feel so alone.

Katherine Wisner, a professor of psychiatry at the University of Pittsburgh who's been studying postpartum depression since 1985, says it's hard to get doctors interested in PPD. She says many are not trained for it, and insurance companies often don't reimburse for it.

But, she says, treatment, which consists of counseling or antidepressants, can help about half the time, and acknowledging the disease can at least ease the social strain. 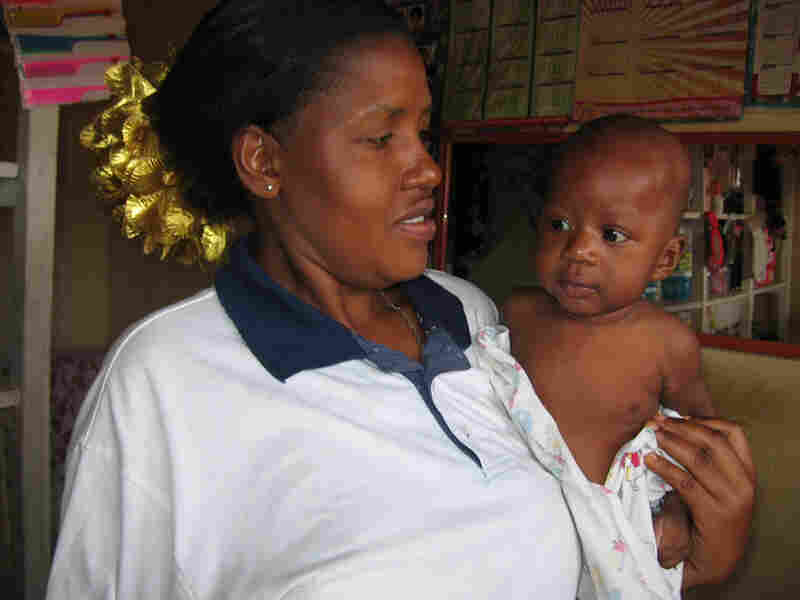 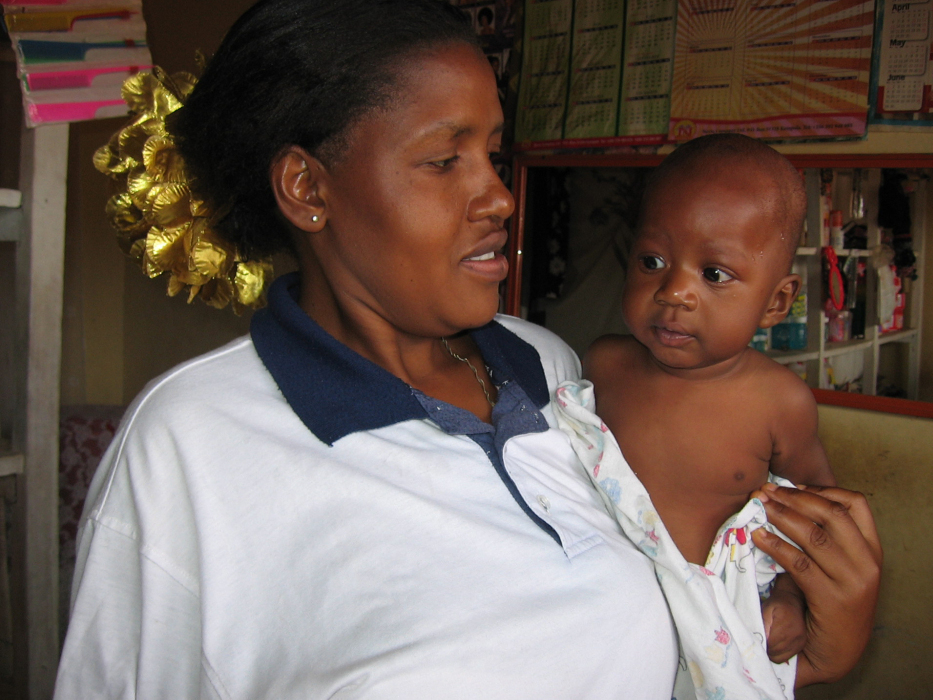 Dorothy Mwesiga with her third child. Mwesiga was treated with antidepressant drugs and talk therapy for her postpartum depression.

Mothers from all socioeconomic groups are affected. In a recent survey of 10,000 women who had given birth at a University of Pittsburgh hospital, Wisner and her colleagues found that 14 percent across all economic classes showed symptoms that met the criteria for PPD.

And PPD occurs outside the U.S., too. Take, for example, Uganda, a country whose government has made access to mental health care a new priority.

In a 1983 paper in the journal Social Psychiatry, Scottish psychiatrist John Cox looked at 18 women in Uganda with PPD. He reported that the women were unlikely to seek medical care for their condition, and that their symptoms were similar to those in Scottish women, except for one thing: The Ugandan women felt less guilty about their PPD.

One reason may be that many were never aware of exactly what they had. Psychiatrist Florence Baingana — one of about 30 psychiatrists in Uganda — says there isn't much awareness about PPD as a mental illness. "If it isn't recognized as a mental disorder, the stigma may not be attached to it," she says. The downside is that many cases are likely to go undiagnosed and untreated. The upside is that women are more willing to be treated.

That's what happened with 30-year-old Dorothy Mwesiga, who lives in a small village. Mwesiga had symptoms of PPD after all three of her babies were born.

Sometimes she would just sit, unable to do anything other than feel anxious. She says she felt like she was losing her mind and was terrified someone would take her babies away. "After the first time, I was frightened," she said. "But I thought it would be the end of it."

Mwesiga got help from a local nurse, Emmanuel Musumba, who like most other health officers across Uganda, has gotten some psychiatric training from the government. He treated her with antidepressant drugs and talk therapy, and she got better. But Mwesiga was never told she had PPD; instead Musumba told her she had "the worries."

Her husband, a driver for the pastor of the local church, has been enormously supportive, she says, and so have her relatives and neighbors. But Musumba says that wouldn't be the case if they thought she had a mental illness.

"In Africa," he says, "depression is not easy to explain. I told her I was treating the worries, and that all would be well if she took the medication."

Mwesiga's only worry now is that she will run out of free medication provided by the government before her depression ends. It happens often, he says.

Koss, the American woman with PPD, went on to get a master's degree and a license as a mental health practitioner. She counsels women about PPD and is active with the support group Postpartum Support International.

She thinks the stigma against PPD in the U.S. is lessening in part because celebrities such as Brooke Shields have gone public about their own PPD. "I now feel comfortable talking about it," Koss says. "There's not as much shame."